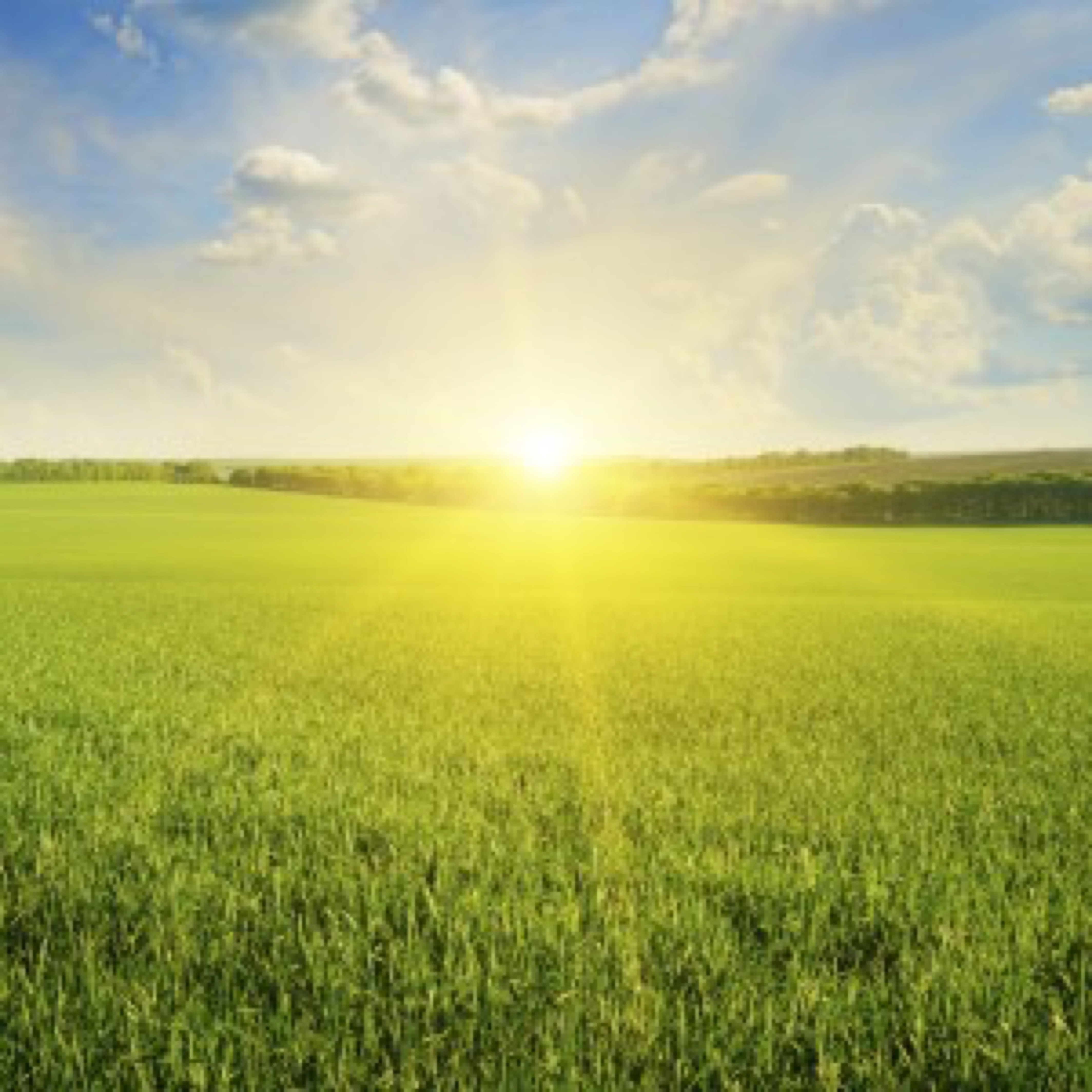 The evidence for increasing your vitamin D levels keeps on growing and now, with the summer in the northern hemisphere ahead, you have a golden (sunlight) opportunity to top up yours.

How today's world has diminished our vitamin D supplies

If you have just survived a long cold winter, you could well be deficient if you have not taken a good quality vitamin D3 supplement. Humans only started living in colder climates and covering their bodies relatively recently in their history. As a result, people today are generally less exposed to vitamin D than their early ancestors, a situation that is severely aggravated by a media and health storm of making people afraid of sunlight.

At the same time life expectancy has increased greatly, bringing a greater disease burden. As we age, we also become less able to absorb vitamin D. Vitamin D is just as important to children and during pregnancy. Vitamin D is probably the most important vitamin you can take – even though it is not actually classified as a vitamin but as a hormone.

1. Improve and protect our eyes. Studies have found that having adequate levels of the sunshine vitamin may ward off the leading cause of blindness. Such research is still ongoing. 2. Reduce back pain. Research has found that patients with chronic back pain are usually low in vitamin D levels and that by taking adequate vitamin D supplementation, their pain disappears or became significantly less. 3. Avoid the cold and flu season. High levels of vitamin D boost the immune system to protect us from cold and flu infections as well as neoplasias or autoimmune diseases. 4. Make us feel happier and lifts depression. I am sure you are aware of Seasonal Affective Disorder or SAD. This condition has symptoms of feeling depressed and ‘blue’ during the darker winter months and is thought to be due to a lack of the sunshine vitamin as well as having to endure dark and gloomy days. Good levels of vitamin D can definitely improve your mood. 5. Reduce dementia risk. Vitamin D has a major impact on brain function Those with low levels experience cognitive decline at a faster rate. Vitamin D may lower your risk of developing dementia. It is believed that vitamin D helps to transport amyloid beta protein structures across the delicate blood-brain barrier so the clusters can be released for eventual disposal. If you are vitamin D deficient, you may be using sunscreen which blocks not only your body’s ability to produce this vital vitamin but also your production of cholesterol sulfate which is highly protective of your brain health, protecting cells from glucose and oxygen damage and reducing your risk of Alzheimer’s disease. 6. Improve blood pressure. Even making small improvements in vitamin D status can greatly reduce hypertension risk. For example, research has found that for every 10% increase in vitamin D3 blood concentrations, the risk of developing hypertension decreased by 8.1%. 7. Lower heart attack risk. In a 2008 study, researchers found that men who had insufficient levels of vitamin D were twice as likely to have a heart attack than those who had adequate levels of the vitamin. 8. The absolute top reason for having high vitamin D levels is for its cancer prevention properties. In 2012, Grassroots Health initiated a Breast Cancer Prevention Project, which now has over 1000 participants. This was done to add data to the existing Lappe study. Their goal was to add their data (on women and cancer) to the existing data from the randomized trial in the existing Lappe study to accomplish a major aim. Grassroots Health had a much larger sample of women with higher serum levels than the Lappe study, and together they would create a larger overall cohort with a broader range of serum levels. They were very proud of their methodology in their research, being thorough and very precise. You can read more about it here.

"A more than 65% reduction in cancer risk for all cancers in women by going from a serum level of 20 ng/ml to 40 ng/ml." Grassroots Health are keen for this information to be shared with as many people as possible. Obviously, even though the research has all been women-based, it stands to reason that men will also benefit from cancer prevention if they have optimum vitamin D levels. 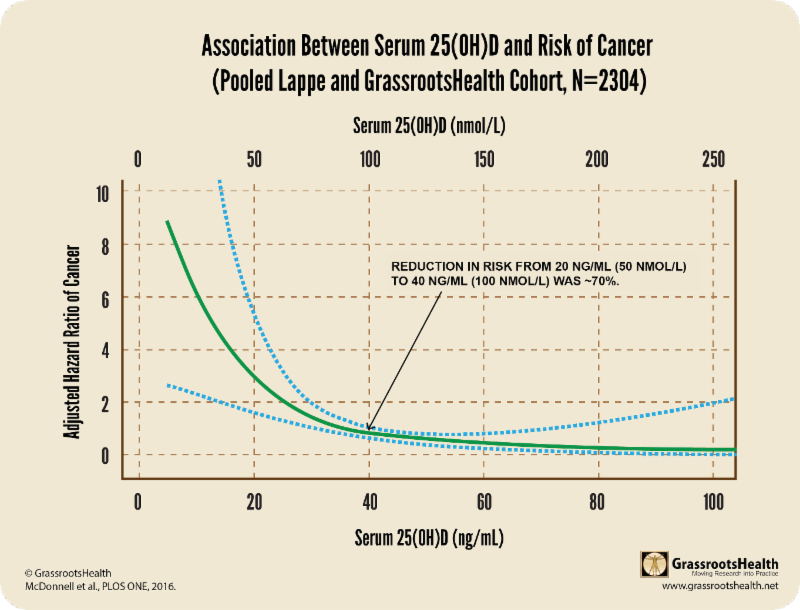 How to increase your vitamin D levels

The correct vitamin D test is the 25-hydroxy-d and it will show your current level as illustrated below. Figures up to 40 nl/mg indicates you are deficient while between 50 and 100 nl/mg is optimum. If there is one thing you should do for the sake of your health this year, it is to ensure you have sufficiently high vitamin D levels.