Aprons & Looking Back in Time for a Glimpse of the Past | Amoils.com 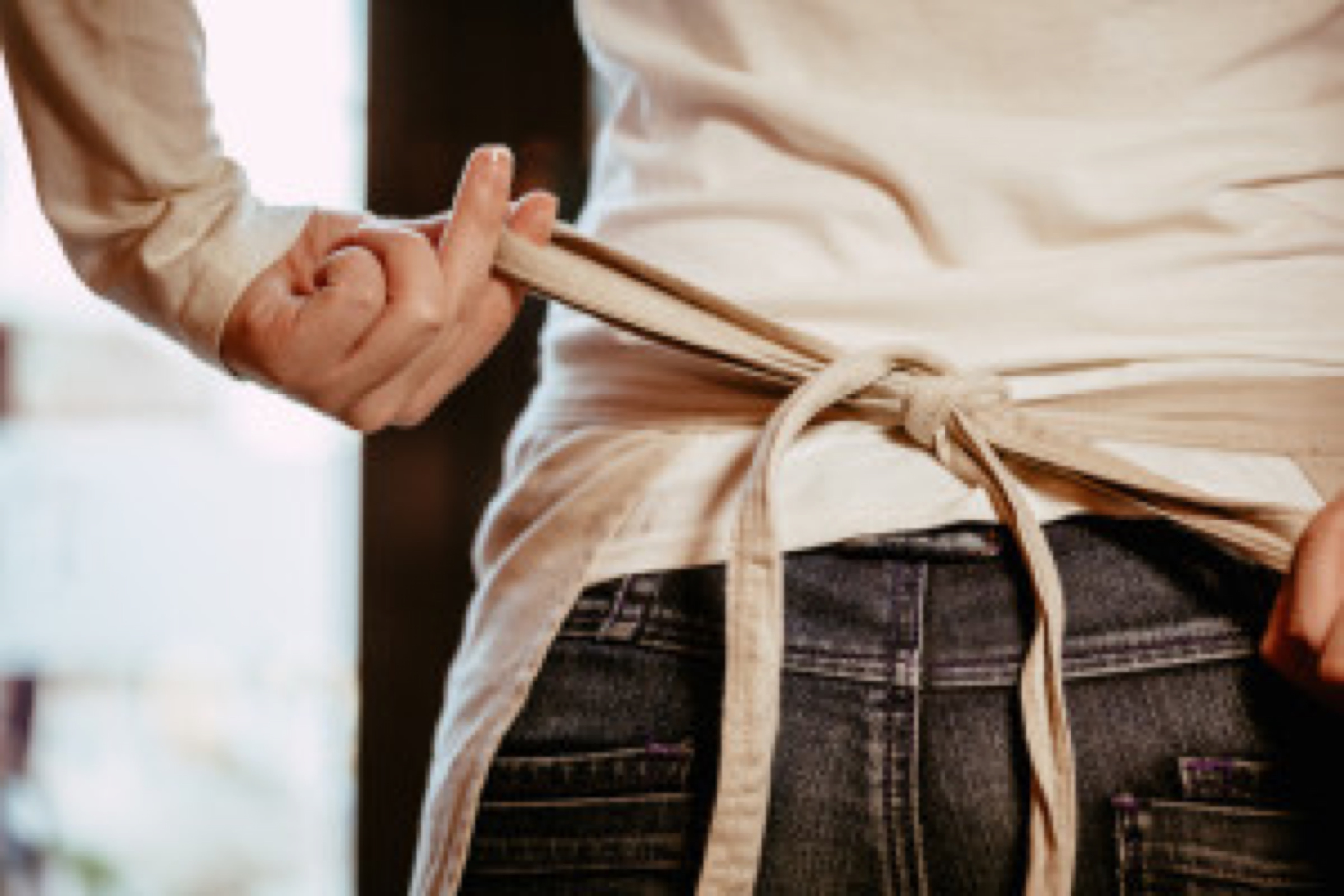 Sometimes it is good for the soul to indulge in a little nostalgia. I received an email the other day that included this delightful ode to aprons. Although there was no author given in the email, I have since discovered that it was originally written by Tina Trivett.

This version below has been changed over the years

I don't think our children know what an apron is. The principal use of Grandma's apron was to protect the dress underneath because she only had a few. It was also because it was easier to wash aprons than dresses, and aprons used less material. But along with that, it served as a potholder for removing hot pans from the oven. It was wonderful for drying children's tears, and on occasion was even used for cleaning out dirty ears. From the chicken coop, the apron was used for carrying eggs, fussy chicks and sometimes half-hatched eggs to be finished in the warming oven. When company came, those aprons were ideal hiding places for shy kids. And when the weather was cold, Grandma wrapped it around her arms. Those big old aprons wiped many a perspiring brow, bent over the hot wood stove. Chips and kindling wood were brought into the kitchen in that apron. From the garden, it carried all sorts of vegetables. After the peas had been shelled, it carried out the hulls. In the fall, the apron was used to bring in apples that had fallen from the trees. When unexpected company drove up the road, it was surprising how much furniture that old apron could dust in a matter of seconds. When dinner was ready, Grandma walked out onto the porch, waved her apron and the men folk knew it was time to come in from the fields to dinner. It will be a long time before someone invents something that will replace that 'old-time apron' that served so many purposes. Grandma used to set her hot baked apple pies on the window sill to cool. Her granddaughters set theirs on the window sill to thaw. They would go crazy now trying to figure out how many germs were on that apron but I don't think I ever caught anything from an apron - but love. American housewife and poet Tina Trivett wrote the original version in memory of her much-loved grandmother, and in 1999 posted it on a poetry website chosen at random. Since then, she says, it's been stolen, mutilated, with various lines changed, and posted in at least 10 versions on hundreds of websites around the world, usually attributed to "author unknown." Tina said "I wrote the poem years ago for my Grandmother when she passed. She was a sweet dear lady who lived to be 96. She was from Kentucky, wife of a farmer, mother of 13 children. She may have treated herself to a few puffs from a corncob pipe once in a while, but she was also very dignified. She wore a fresh, crisp, clean apron over her dress every day. The pockets held little treasures like chewing gum and mints. When she passed, I was in the middle of a snowstorm in the North Carolina mountains, and could not attend her funeral in Kentucky. That's where the poem 'Grandma's Apron' came from.”

Along with her family and pets and still writes poetry as well as enjoying drawing, quilting and baking. While I was searching online, I found another older poem with a similar theme. It was apparently published in a magazine in October 1969 but I have no further information. This is a proper rhyming poem! Do you recall Grandma’s big apron; That covered her clear from her waist to her feet? With long apron strings so convenient for tying With waist large or small, it was ever so neat. Oh, the multiple uses of Grandma’s big apron, Wiping the tears or a boy’s “runny” nose; How do we manage with these modern contraptions With crocheted fol-do-rols and fluffy big bows? How well I remember my Grandma’s big apron, Of its many uses modern kids couldn’t guess; For wiping the tears when one fell by the wayside, Or held comfortably wrapped while we took a short rest. How often I’d see her come in from the garden, Her apron full of good things she had found; Perhaps it was string beans or maybe some carrots, Or a nice mess of radishes fresh from the ground. She would gather the chicks so downy and yellow, When the crafty old hen had hid out their nest, And carry them safely in her roomy big apron, To their new little home where they settled to rest. How it made a nice wrap and kept so warm Had we ventured out without a warm jacket, Off came Grandma’s apron, to keep us from harm. I could write on and on about Grandma’s big apron, In my mind’s eye I can picture it yet; Full of chips for the stove or apples from the orchard, She watched out for her loved ones, That I ne’er can forget. If Grandma should see what we call an apron, With no nine inch cross stitching, no voluminous folds, She’d be just as surprised as the young folks are nowadays, To learn of the things that her apron could hold. Or along toward evening I’d see her out looking, Around near the wood pile or the old cider kegs, And when she came in with apron a-bulging, She had busily and happily gathered the eggs. Many is the day when we were out walking.

Historically, when aprons first appeared they were used by males to carry out their work. Heavier aprons made from leather, canvas and other thick materials were worn by craftsmen dealing with sharp implements or hot objects and many still wear them today. The cook's apron was made from lighter materials to protect from mess as well as a shield for their clothing and their skin, to deflect hot liquids and even sharp edges. For hundreds of years, aprons were popular as a working garment for all. In rural areas, aprons were made of common cotton, white linen, or whatever materials on hand – even feed and flour sacks. Aprons were frequently included in the uniforms of many household servants, from cooks to maids. It was both a symbol of their status and a way to keep the rest of their uniforms clean from grime. As we know from the poems, aprons became a convenient carry-all for farmer's wives when gathered up, perfect for bringing in vegetables from the garden, eggs from the henhouse or firewood from the woodpile. The 1940s saw gingham and cheery cotton aprons replace the white ones but it was only in the 1950s that the the apron became closely associated with the housewife - as so clearly illustrated in advertisements from that era - waiting with dinner for her husband to come home. In recent decades, the apron has become less popular except with serious cooks and chefs. However, today with the popularity of anything vintage, many people look out for old aprons at flea markets and stalls and collect them either to display or to wear.

I have an old green apron that I use if I think I am going to be messy (a relic of the time my then "student" daughter worked in a restaurant for a short while) and then I have a lovely new one (complete with a marmalade recipe) that hangs up in the kitchen but is much too nice to actually wear and spoil!