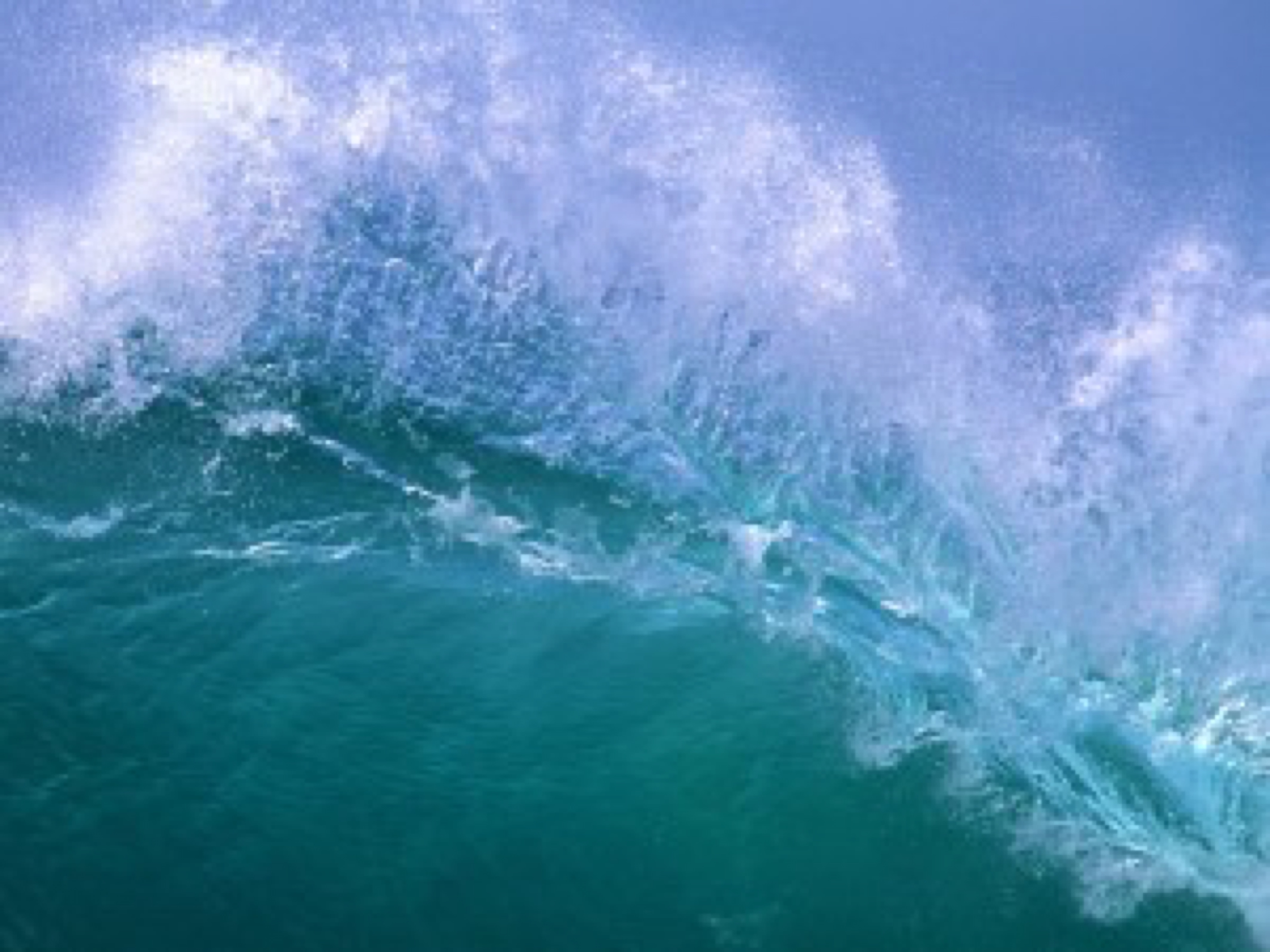 The beautiful blue of the oceans on Earth, as seen from outer space, are what make our planet so unique and special. The lifeblood of all the creatures on our planet, the oceans hold 97% of the water, produce over half of the oxygen in the atmosphere and absorb most of the carbon. Nearly everything that affects our daily lives either comes from the ocean or is transported by it.

"If you like to breathe, you'll care about the ocean." said Dr Sylvia Alice Earle, an oceanographer and the research scientist honored by Time Magazine as the first Hero for the Planet. She was speaking via video link 63 feet undersea from the Aquarius Reef Base, the only undersea research station.

Apart from enabling us to breathe, the oceans are the top source of protein for over one billion inhabitants

But we have allowed pollution from fertilizer run off and nitrogen to to create over 400 dead zone areas where there is now insufficient oxygen to support sea life. These dead zones (the equivalent of stagnant pools of water) are increasing 100% every 10 years. Over fishing is another huge problem and then there are those floating islands of plastic that we so often hear about. Roughly 200 billion pounds of fish and shell fish are caught each year. Fisheries are still enormously important to the economy and well being of many communities.

The world's actions over the next ten years according to Dr Seale, a principal advisor of the One World One Ocean campaign, will determine the state of the ocean for the next ten thousand years. You can help the One World One Ocean team to spread the word about the future of our oceans when you watch. This team are spending the next five years exploring and capturing the wonder of the world's oceans.

The wonderful health benefits of being by the ocean

If you are lucky enough to live close to the ocean, please don’t take it for granted but instead take advantage of all that the sea and shore have to offer. Whatever time of the year, take a long stroll on the beach while enjoying the silence and solitude to clear your head and soak up the fresh, sea air. The sound of waves alters wave patterns in the brain, lulling you into a deeply relaxed state. Sea air is charged with healthy negative ions, accelerating your ability to absorb oxygen while balancing levels of seratonin (a body chemical linked with mood and stress). Time spent by the sea means you sleep more soundly that night and worry less. The magnesium content of seawater is significant enough to have a nutritional and calming effect on your nerves, which explains why sea bathing is so relaxing. If you are able to swim in the ocean, this will give you a great work out because you need to move your whole body against the resistance of the water. Swimming helps with all round exercise, including the heart, lungs and muscles, but with very little joint strain. Ocean swimming is great if you suffer from psoriasis or eczema – helping to clear up these uncomfortable conditions so that the skin heals more quickly. The salty sea water is full of health benefits for the skin including increasing the elasticity of the skin while improving its appearance. Just being next to the ocean has benefits too. Feeling the sand through your bare feet gives you the benefits of grounding or earthing.

They build up their vitamin D levels from all that sunlight plus the salt water clears out all the sinus passages. Potassium in seawater enters the skin and encourages good urinary flow. Seawater contains all the 89 known elements present in our bodies, including osmium, gold, vanadium, zinc and iodine. We just could not live on this planet without the oceans – they help to moderate the climate by keeping it cooler in summer and warmer in winter. The oceans provide a vast surface area for water to evaporate into the atmosphere so that it can rain, without which there would be no life. Ocean resources and its resilience are finite – we need to care so much more.
Updated at: July 23, 2020