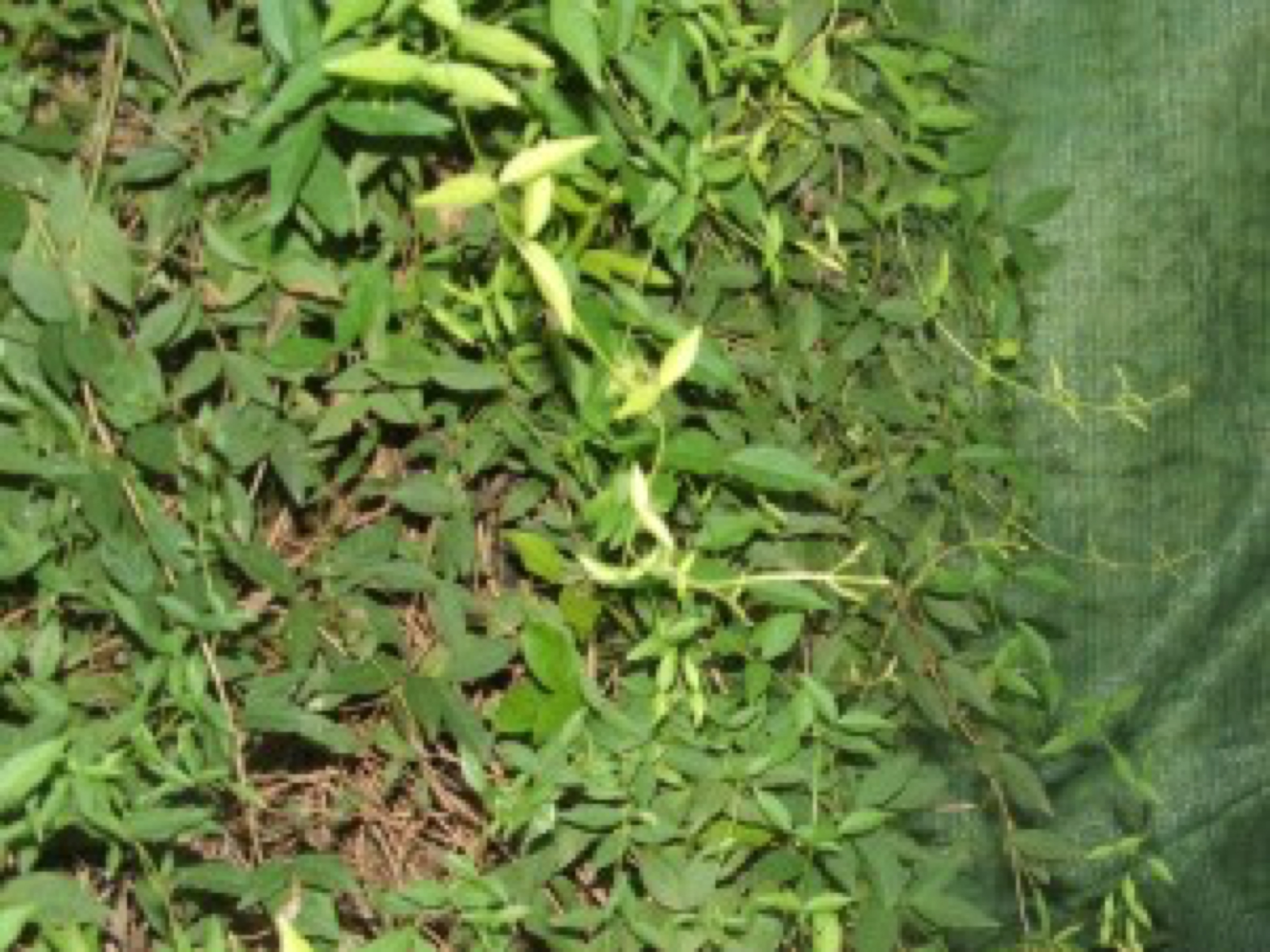 Cat's claw originates from Central and South America and has been used for hundreds of years as a natural remedy to treat a variety of health complaints. The Amazon rainforest has long been considered a cornucopia of undiscovered medicinal plants where its indigenous peoples have for centuries used cat’s claw to treat inflammation, arthritis, stomach ulcers and infections. The two known species of cat’s claw are Uncaria guianensis (traditionally used for wound healing) and Uncaria tomentosa (with its numerous medicinal uses and an ingredient in supplements). This thorny vine (that can grow up to 100 feet) gets its name from the rounded thorns that look like cat's claws. The herb became so popular in the 1990s that it was over harvested. Today, only the bark is used and not the roots, preserving the plant so that it can be harvested again a few years later. Studies in the USA and elsewhere have found the powerful anti-inflammatory and antioxidant properties in cat's claw support DNA repair, joint health, immune function and normal cell division. The antioxidant power of cat’s claw is thought to be higher than many extracts of fruits, vegetables and other medicinal plants.

Recent laboratory findings suggest that cat’s claw may be a powerful ally in the fight against cancer by preventing the abnormal cell division that characterizes this disease. In a finding with good news for women’s health, cat’s claw extract prevented the proliferation of human breast cancer cells in the laboratory while also displaying activity against leukemia cells. European researchers found that certain constituents in cat’s claw not only halted cancer cell growth, but killed the cancer cells outright. Although not yet fully understood, these researchers believe the herb's ability to regulate certain immune system cytokines may help strengthen the body’s defence against cancer.The term "cytokine" is derived from a combination of two Greek words - "cyto" meaning cell and "kinos" meaning movement. Cytokines are cell signalling molecules that aid cell-to-cell communication in immune responses, stimulating the movement of cells towards those areas of inflammation, infection and trauma. It is therefore thought that cat’s claw may aid the fight against cancer by promoting healthy cell division, leading to the death of leukemia cells as well as inhibiting the multiplication of breast cancer cells. While many will choose to go ahead with chemotherapy when diagnosed with cancer, this type of therapy inflicts serious damage on healthy cells. Studies have found that supplementing with cat's claw during such therapy can provide crucial DNA and white blood cell support to cancer patients.

Cat's claw and its link with relieving arthritis discomfort

A cat's claw extract is said to suppress inflammation, helping to promote healthy joint structure and function while relieving the pain and discomfort of both rheumatoid arthritis and osteoarthritis. Research studies have discovered that cat’s claw may protect cartilage (the tissue that functions like a shock absorber at joint surfaces where bones meet) helping to preserve healthy cartilage in aging joints while leading to an improvement in painful and swollen joints. The scientists involved attributed the arthritis-relieving effects of cat’s claw to its antioxidant and anti-inflammatory properties.

It is not just cancer and arthritis that can be helped

Cat's claw as a supplement is available online or from your health store.

Just a word of warning

While cat’s claw is generally considered safe and well tolerated, it should not be used by pregnant or nursing women, young children, people taking anti-hypertensive medications, those with autoimmune conditions (such as lupus or MS) or individuals undergoing organ or tissue transplants. It is always a good idea to check with your health professional before using a supplement.     Sources: http://pennstatehershey.adam.com/content.aspx?productId=107&pid=33&gid=000229 https://www.mskcc.org/cancer-care/herb/cat-claw