Children & Crocs. Are They Hurtful or Helpful? | Amoils.com 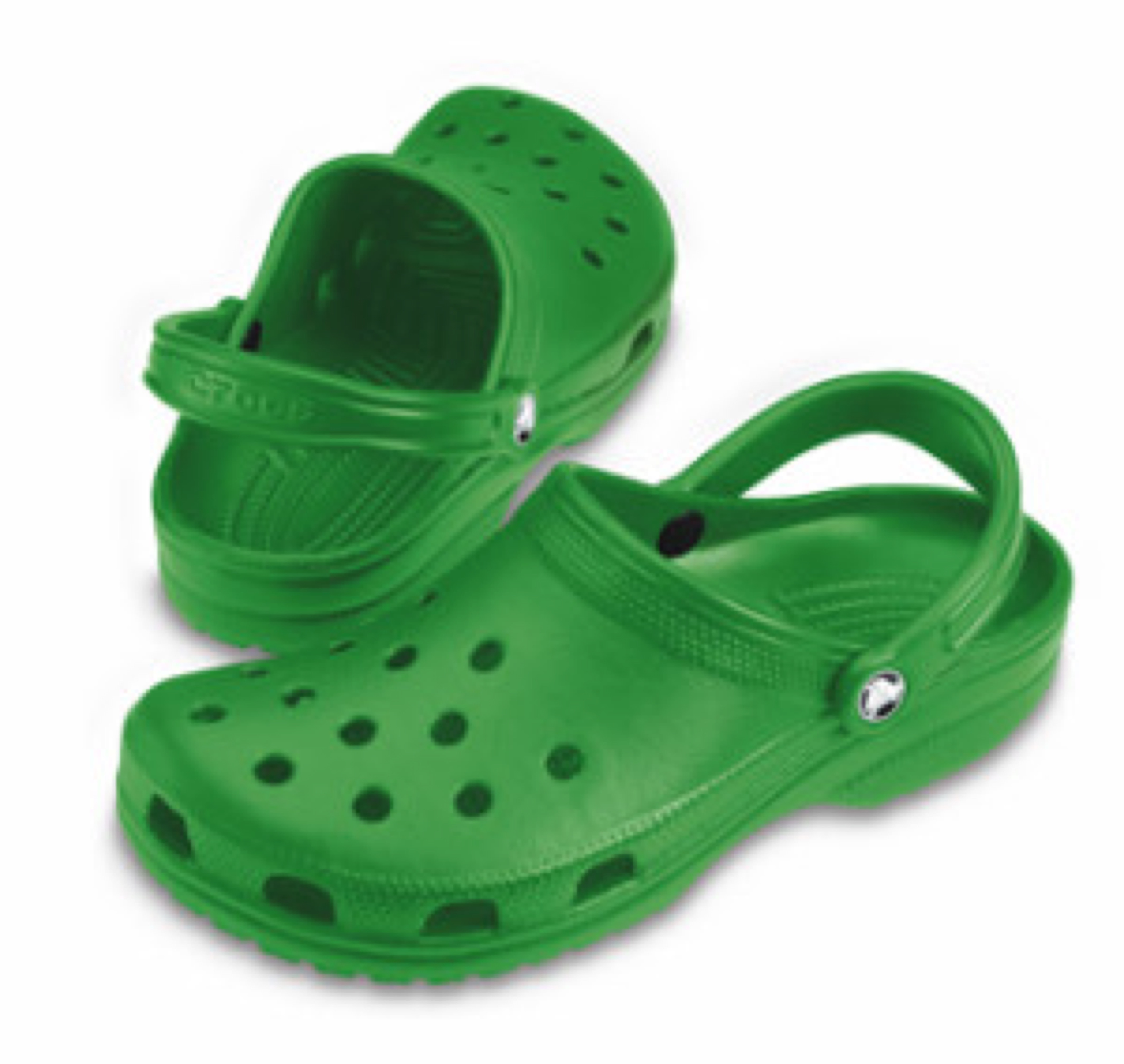 Can you believe the ubiquitous Crocs have only been on the planet just over 10 years? Born in 2002, the shoe was initially intended as footwear for boating, with its nonslip tread and waterproof construction. "The product was originally produced in Canada in clog-form," says co-founder Lyndon V. Hanson, vice president of Crocs. "We added a strap for utility, and gave it some flair." While they were never ever going to receive any accolades from the notorious "fashion police", people - and children especially - took to Crocs literally like ducks to water.

But how safe are they for children to wear?

Footwear such as crocs and flip-flops came under scrutiny in 2006 in the USA and in 2008 in Japan when children suffered injuries in escalator mechanisms because of the soft shoe material combined with the smaller size of children's feet. After receiving 65 complaints of injuries, Japan's Ministry of International Trade and Industry requested that the company change its design. In response, the manufacturers announced plans to launch an escalator safety awareness initiative with first steps including the addition of consumer education messages (regarding escalator safety) to “hang tags” on Crocs shoes sold worldwide as well as supporting organizations that would further the cause of safe escalator maintenance and use. The educational hang tag was fully implemented by the roll out of its Spring 2009 line. So I guess they did not succumb to changing the actual design.

Crocs came up with specific tips when using an escalator

Crocs also used this opportunity as a great marketing exercise

“Consumer safety is very important to us” said Ron Snyder, President and CEO of Crocs, Inc. “Escalator entrapments have occurred for more than 40 years, far longer than crocs has been in business, and these accidents often are preventable. Because the Crocs brand is so visible and so popular around the world, we have an opportunity to reach millions of consumers of all ages, including parents, with educational messages that will help draw attention to this important issue.”

But are Crocs good for your children's actual feet?

Opinions are divided. "These shoes are especially light" says Harold Glickman, DPM, former president of the American Podiatric Medical Association or APMA. "They have huge room in the toe that affords the front part of the foot lots of space.” He went on to say that they also had a deep and supportive heel cup and secure rear strap while their loose fit meant no pressure points or rubbing spots, and their non-porous material gave them antibacterial properties. Although Crocs have been endorsed by United States Ergonomics, their research “study” was paid for by Crocs themselves so you can safely discard any results because of a possible conflict of interest. However, Crocs do have the official seal of approval from the APMA, meaning the shoes have been found to be beneficial in promoting good foot and ankle care. This may or may not have anything to do with safety in children but over 100 Canadian hospitals were advised to prohibit the wearing of the sandal variety of Crocs by their staff because of safety concerns while hospitals in Sweden and Austria banned the wearing of the same type of Crocs due to high voltage static electricity building up. This was observed interfering with electronic equipment. Shortly afterwards, Crocs announced the Fuse and two other new ranges in 2009, specially formulated to dissipate static electricity in accordance with European standards for use in the medical sector. More recently, In 2011, Crocs was fined $230,000 by the EPA for falsely claiming that the shoes are made of "antimicrobial" material. On the positive side, there is no doubt that children love Crocs – my own grandchildren included. In fact I doubt if they would survive without them! They are easy and comfortable to wear and however young the child, they can put them on themselves. That ease of use means that children never want to wear any other type of shoe and that is not a good thing. Worn at the beach or the pool or for walking short distances, Crocs are the perfect choice. No risk of picking up plantar warts! However, many experts agree that children need to wear different types of shoes to make sure they are getting the right support and are appropriate for the activity they are engaged in.

Being active is not ideal for Crocs use

In summer and warm weather, children should go bare foot some of the time and wear Crocs if desired at other times. But any sneaker type of shoe is needed for support and foot protection, especially when there are laces involved.

Worried that your children have a Crocs addiction?

Here is a checklist to know when, where and what to use in the footwear department: Crocs are not the cheapest of footwear so do teach your children to look after them. If there is a puppy in the home, they become an instant chewing attraction so be warned! And what do you do when you think that crocs have outlived their usefulness – you recycle. I once saw an extensive community vegetable garden where many colorful crocs had been placed, one each on the top of a pole, to act as scarecrows for a new life!