How Children & A Fish Supper Can Equal A Good Night's Sleep 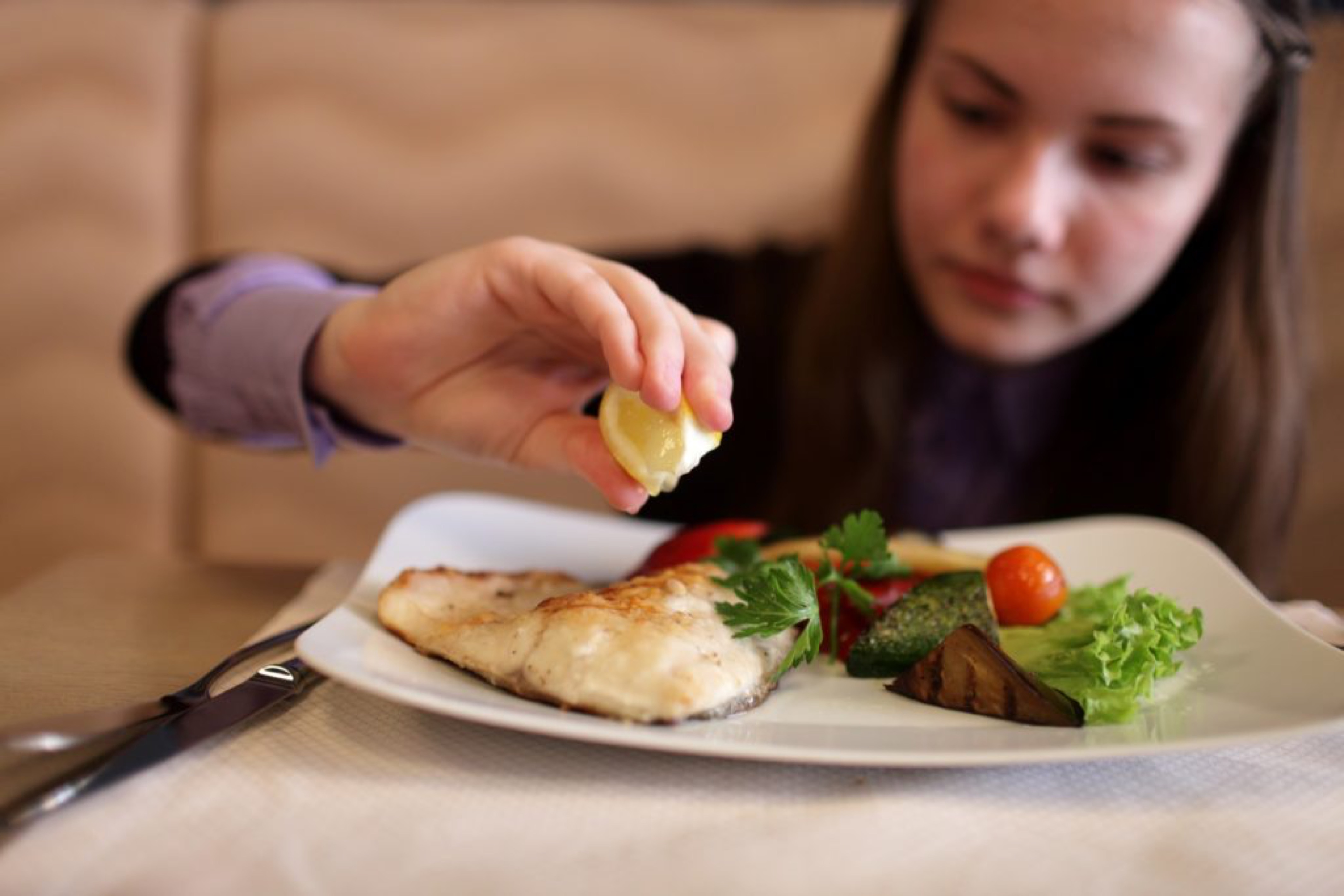 Researchers have found that children who eat fish for supper at least once a week will sleep more soundly than those who do not. In the study, over 500 children (between the ages of 9 and 11) were asked how often they ate fish - options ranged from "never" to at least "once per week". The children also answered questions about their sleep quality, having to say how long they slept for, how frequently they woke up during the night and whether they found they were tired during the day. The researchers (from the University of Pennsylvania) found that increased fish consumption was associated with fewer disturbances during their sleep, said to indicate better overall sleep quality.

But it is not just about the fish!

It is more about the omega-3 found in fish. Types of omega-3 fats: Marine animals such as fish and krill provide eicosapentaenoic acid (EPA) and docosahexaenoic acid (DHA). On the other hand, flaxseed, chia seeds, hemp seeds and some other foods offer alpha-linoleic acid (ALA). Most of the cellular benefits linked to omega-3 fats are found in the animal-based EPA and DHA, not the plant-based ALA. Ideally, an animal-based omega-3 should take priority while combining with less plant-based omega-3s.

Cod liver oil is the essential oil extracted from the livers of Atlantic cod (Gadus morhua). Commonly taken as a dietary supplement, it is one of the best sources of omega 3 fatty acids (EPA and DHA) while being rich in vitamin A and vitamin D.

Other sources of omega-3

Lack of sleep is associated with antisocial behavior

So it makes sense that a good night's sleep improves any behavior. But the researchers (including Professor Adrian Raine writing in the journal Scientific Reports) have found that omega-3 supplements reduce antisocial behavior. A study published in Plos One in June 2013 linked low levels of DHA with poorer reading as well as memory and behavioral problems in healthy school-age children. Previous research also found that children with attention deficit hyperactivity disorder (ADHD) and related behavior or learning disabilities are more likely to have low omega-3 fat levels.

The researchers have also found that children who eat fish at least once a week can have IQ scores that are four points higher (on average) than those children who consume fish less frequently or not at all. In another study published in the American Journal of Clinical Nutrition in August 2013, children who consumed an omega-3 fat supplement as infants scored higher on rule learning, vocabulary and intelligent testing at ages 3 to 5.

Omega-3 said to have a great impact on your brain health with EPA and DHA keeping the dopamine levels in your brain high, increasing neuronal growth in the frontal cortex of your brain while increasing cerebral circulation. I have a young grandson who would happily eat Sushi for supper every night of the week if he could - so more than sufficient fish in his diet! You will see that there are plenty of good reasons to encourage your children to eat fish regularly (from responsibly managed and safe supplies of course) - as well as including other sources of omega-3 in their diets - for combating insomnia, raising IQ scores and ensuring good behavior all round.