by Jane Chitty October 9, 2017
I have a good friend who moved to St Croix from the United States mainland a few years ago.
After surviving the first hurricane Irma reasonably well, I have been concerned about how she has been faring following the second and much more severe second hurricane - Maria.
[caption id="attachment_29513" align="alignnone"] 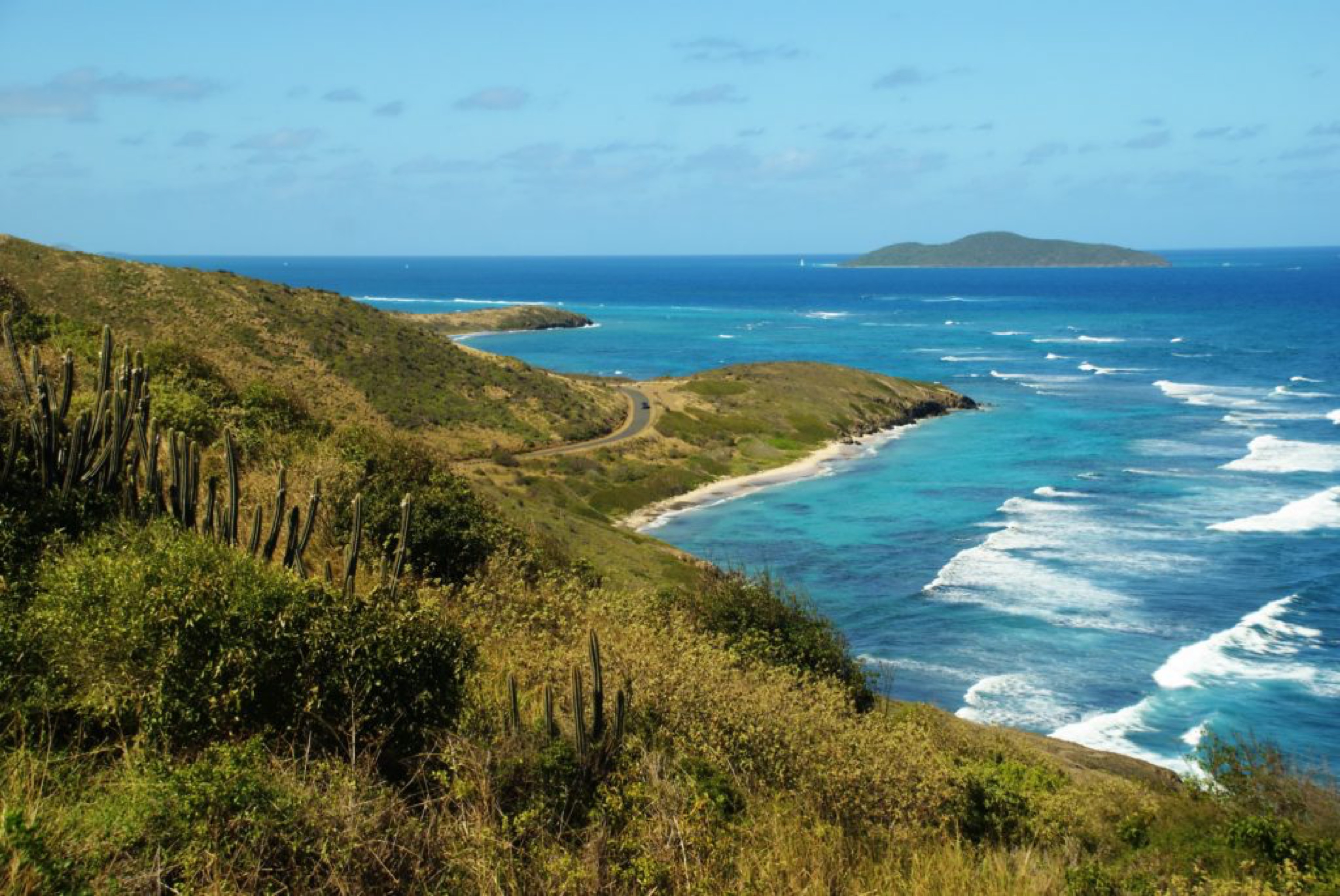 The coastal road leading to the further most east point in the United States, Point Udall, on the US Virgin Island of St. Croix.[/caption]

Now at last, she has been in touch and this is what she had to say

Here I am - at least for the moment.
My generator, along with everyone else who had paid less than $20,000 for their diesel generator, has been having multiple problems, including about a 2 week wait for propane to be delivered. It ran like a champ for the entire two weeks between Irma and Maria, but Maria just kicked the life out of it. If I had a nickel for every "friend" who has told me that I never should have purchased a propane powered generator, I would be a wealthy woman. Where were all of these helpful advisers several years ago when I was shelling out money for a new generator?
Anyway, one of my kind sisters in the US is sending me a couple of very expensive parts for the generator, which should be arriving in another week or two, depending upon whether the post office has gotten itself up and running by that time. Meanwhile, I found a guy to hot wire the generator, putting in some temporary splices and bypasses. This requires me to jump start the generator from my truck battery; this method works occasionally, but not always.
Again, there are more than one problem with the generator, which exceed my diagnostic capabilities. Propane is just about the most expensive way to produce electricity that I can think of, so I only can run the generator for a couple of hours a day.

Getting in touch with the outside world

The internet provider, Broadband VI just began getting their towers working yesterday, and I get an internet signal erratically at best, which may or may not coincide with the times that I get the generator started. The governor has stated that the utility will not have electricity restored out to the neighborhoods until at least a year from now, so living with a couple of hours of generator power will be all I have for the foreseeable future.

When you have no electricity

No electricity means no running water for washing, toilet flushing, etc. (electric water pump), no fridge, no email or internet regardless of the internet provider, no lights (flashlights work well with a good supply of batteries). There are various cell phone hot spots, which seem to change their location from day to day, but all of them are several miles from my home. Driving around in my truck is the only way to recharge the cell phone battery, so that it might work if and when I go past a hot spot.

Our governor in all his wisdom has decided that the National Guard soldiers from the US who had brought us some MREs (food, or at least food-like substances) and bottled water no longer will be needed. The grocery stores now are beginning to open up again, but there is almost no food on the shelves, and we are unable to refrigerate food or to do much cooking or washing up. This poor decision seems to be another premature "mission accomplished" announcement. Of course, all the local farmers' fruit and vegetable crops are gone. The local fishermen have been warned not to go out in the local waters, because of all the sewage overflow that has run off into the sea.

Overall the destruction and devastation in Saint Croix are almost too extreme to imagine. Most houses lost at least part of their roof (although mine stayed on); federal assistance is to be anticipated from FEMA, but after almost three weeks, nothing has been done, and the contents of any damaged house will be a total loss, as we have had a lot of rain since the two hurricanes.

Some of my neighbors are just about crazy with the destruction and the lack of help from outside. A desperate man with a hand gun showed up at the local watering hole a few days ago. Nobody got shot, and the police eventually showed up and arrested him. I was a coward and hid behind a post. More of these incidents surely will take place as people become more desperate.

The drawbacks of being an island

When natural disasters take place on the mainland, truckloads of skilled workers with tools and materials are on their way to the disaster site almost immediately. Our airports were closed to all but military flights for evacuating hospital patients and disabled people (our hospitals were totally destroyed) until this past Thursday, when the first regular flight took place. The Coast Guard has kept our main container port closed, as they have found several sunken containers right around the main pier, which will not allow any large ships to come in to dock. The roads are beginning to get cleared of the great tangle of power lines, phone lines, broken off poles, and broken off trees that have been blocking all large and small roads. This is being done almost entirely by private citizens who have chain saws, bobcats, and muscle. Public Works has done a bit of it on the main roads and downtown, but many people still basically are trapped in their neighborhoods.

What I have been able to achieve

I spent several days working on cutting up the trees that were all over the road going by my house, with a small bow saw. Sure wish I still had my chain saw which I gave up long ago when I left Washington state. About 70 trees used to live in my yard; now all are down, either chopped off or uprooted by that giant with a giant machete who took a trip through the yard. This wreckage plus the electrical wires that were ripped off the poles and thrown hundreds of feet over to land on my deck and in my yard and in neighbors' yards have led most people to see that this was one of the small tornadoes that exist inside a Category 5 hurricane.

More about the hurricanes themselves

We are told that Irma (a category 5 as well) was the most intense hurricane in the Atlantic (since people have been measuring these things) at 186 mph. Maria was "only" about 175 mph, but caused so much more damage because it was a direct hit, and because it had two eyes at the time it went through Saint Croix. A large storm can have one eye wall collapse and another one form. This process just happened to be taking place as it was going through Saint Croix.

One more tidbit, and I shall close this

During Irma, all the Saint Thomas radio stations were destroyed, including my favorite NPR station. Just recently it was repaired enough to go back on the air. This is the first news from the US and from the world that I have heard. Not a mention of the US Virgin Islands or of Saint Croix. Lots of talk about Puerto Rico, I suppose because PR is geographically and demographically much larger than we are. PR did not experience Irma, and Maria was "only" a category 4 hurricane when it came through PR. Saint Croix was hit by both hurricanes, two weeks apart. Whatever damage can be seen from photographs or videos in PR, the situation is about ten times worse here, but we have no means of communication to tell the world about our situation.

If any friends in the US have access to your own Congress Critters, please let them know that we exist, that we are part of the US, that we have nothing and that we need help! 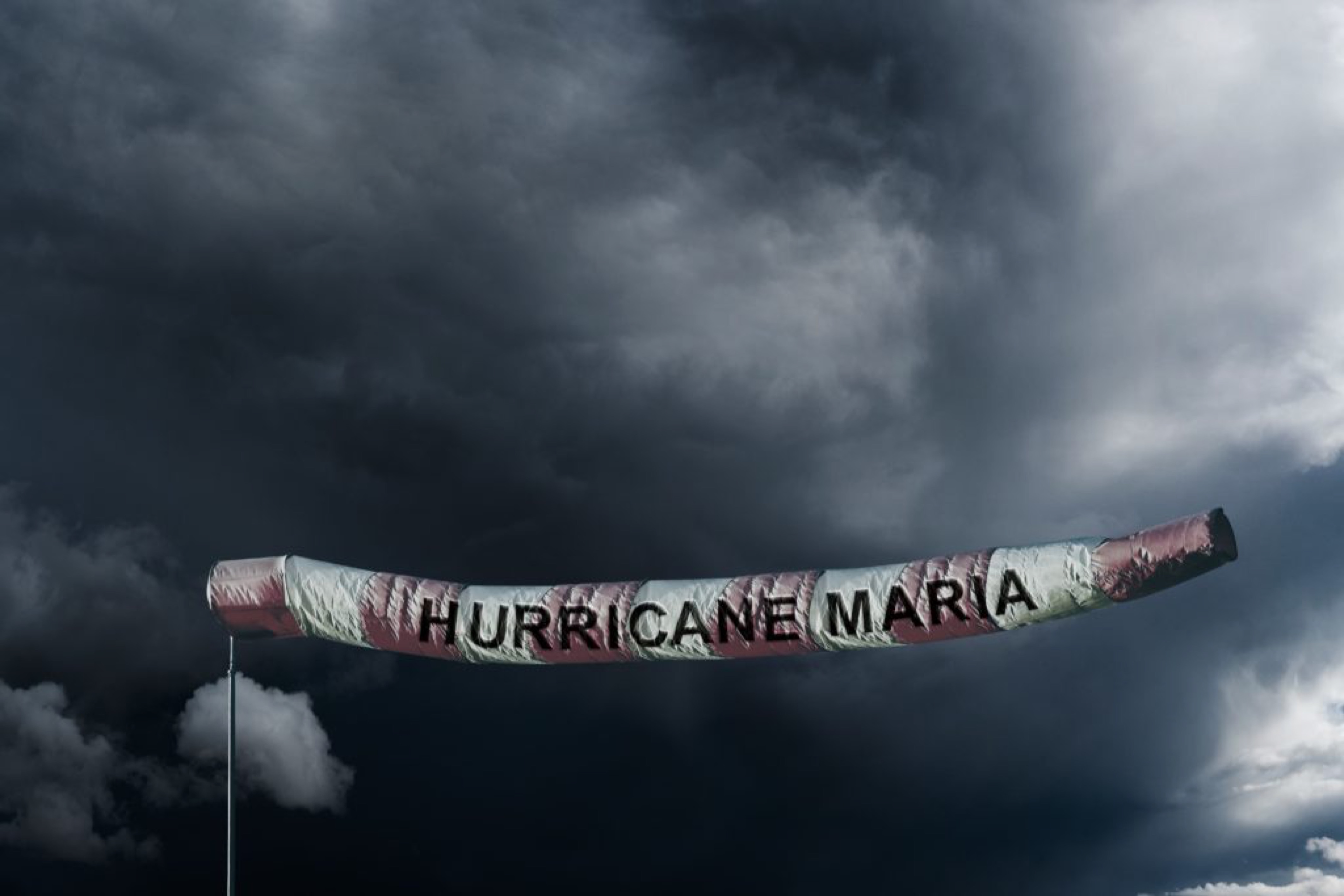