Foods & Other Helpful Ways To Boost Your Sex Drive | Amoils.com 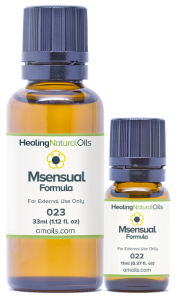 Here are some of those foods to try

For men For women For both men and women The idea of aphrodisiacs (certain foods that help to boost the libido and increase sexual pleasure) is certainly not a new concept as people as far back as the ancient Greeks have relied on various foods to give their love life a jump start.

They prefer instead to promote chemical solutions such as Viagra. Apart from food, there are also natural enhancement products now available to assist both men and women with libido and arousal problems.

In men, orgasms are just as important for their overall health as any other function of their bodies. Orgasms have definite health benefits attached to them such as: lower death rates for men; fewer days off sick; helping the body to fight infections; lowering of risk of prostrate cancer in men between the ages of 20 and 50; lessening likelihood of painful urination in old age; easing of tension; as well as reduction of stress and hostility. Humans were meant to have sex often as the body and the mind suffer without the frequent combination of exertion and release brought about by sex and orgasms. But sometimes men have a low libido. Androgens, such as testosterone, are a major component of libido. Such hormone levels can decline at about 1% per annum in men so ageing can definitely contribute to a lower male libido. Low libido may also be caused by depression, performance anxiety, marital stress or relationship problems, life crisis, financial difficulties, mental illness or even religious repression. Other reasons may be certain medical conditions. There are even certain prescription medications that interfere with libido while alcohol, smoking, recreational and hard drugs plus obesity can also have a negative affect on libido especially with increasing age. In many cases, if the causes are sorted out by therapy, stress release, a vacation or a change of lifestyle then the libido improves. But in other cases, additional help is needed. It is at such times that a male sex enhancer can be helpful.

The female libido will often peak in mid menstrual cycle and again premenstrual. These 2 types of sexual experience are different and there are strong links with hormones. Female libido does change throughout the menstrual cycle as do many other aspects of female life such as energy levels and emotions. During mid menstrual cycle, the hormones come into play. Two of the hormones linked to female desire are testosterone and estrogen. Women have about one tenth the volume of testosterone compared to men but nevertheless it plays a dramatic role in many aspects of the female physiology and quality of life, including libido and sexual satisfaction. Apart from the menstrual cycle, many women will experience a decrease in sexual desire or satisfaction at some point in their lives due to stress or depression; childbirth, menopause or hormonal fluctuations. Many women ignore this decrease in sexual desire or satisfaction thinking that it is just something that happens and not something that can be corrected. In spite of modern conveniences, today’s lifestyle is still tough on women. Fatigue, constant responsibility, the demands of both the workplace and home, the difficulty of maintaining a healthy diet in the busy day and enough exercise all have a detrimental effect on a woman’s sexuality. A good sex life can be at the very bottom on her list of priorities. Just as in the case of men, It is at such times that a female sex enhancer can be helpful. 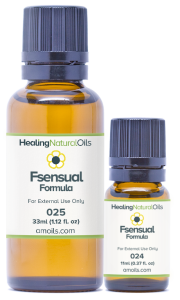 So you don't need to resort to artificial chemicals to solve sex drive problems when natural and food solutions are there for the taking.