FRECKLES and do you love them or dislike them? Many of those who have freckles seem to have a love/hate relationship with them.

And yet, the fashion for freckles comes and goes.

In recent times, freckled models have been popular with designers and fashion magazine editors alike, surfing that freckle wave and milking it for all it’s worth. Freckle-faced models have been at the center of fashion spreads and seen walking on every runway.

Is beauty finally moving towards the unique rather than the conventional?

But what are freckles?

The first thing you need to know about freckles is that they’re hereditary. If you have freckles, chances are your parents did too - and it doesn’t mean that you haven’t protected your skin adequately from the sun.

Freckles are actually the skin’s way of creating a barrier against the sun. A freckle is a natural area, generally less than 5mm in diameter, where cells have produced extra pigment called melanin.  The melanin pigment acts as a natural sun blocker helping to prevent ultra-violet light from reaching the deeper layers of the skin.

Babies aren’t born with freckles (even though they may have the freckle gene) as it is the sunlight that makes them appear.  Freckles tend to appear in childhood but can often fade again during adulthood.

Freckles are those small brown spots on your skin, often in areas that get sun exposure and the good news is that, in most cases, freckles are harmless.

Did you know that there are two categories of freckles?

These are ephelides and solar lentigines.

Ephelides are the common type most people think of as freckles while solar lentigines are darker patches of skin that develop during adulthood. This includes freckles, age spots and sunspots.

The two types of freckles can look similar but differ in other ways such as their development.

How do we get freckles?

As we said above, ephelides form as a result of sun exposure and sunburns, appearing on the face, the back of hands as well as the upper body.  They do tend to be most common among those with lighter skin tones and lighter hair color.

There are two types of melanin, namely pheomelanin and eumelanin.

Those whose skin produces pheomalanin aren’t protected from UV radiation and tend to have:

People with more eumelanin tend to be protected from skin damage by UV and have:

What’s the difference between freckles and sunspots?

Freckles have been described above but what exactly are sun spots?

The main way to identify a sun spot is that it tends to be larger than a freckle, and appears later in life, usually from the mid-thirties onwards.

Also known as age spots, liver spots, senile lentigines or solar lentigines, these marks appear on the skin after repeated sun exposure.  You can diminish and fade the appearance of these age spots naturally.

What’s the difference between freckles and moles?

Moles are not the same as freckles. They are still skin lesions but are often darker and not necessarily associated with sun exposure. Like ephelides though, moles are more common among light-skinned people.

A mole is made of an excess of pigment-forming cells with a greater than average supply of blood vessels. It’s normally present at or soon after birth.

Moles can take on a wide variety of appearances. The color can range from brown to pink and can assume different shapes. On a young person, a harmless mole will keep pace with a person’s growth.  Moles can be removed naturally without any pain or scarring. 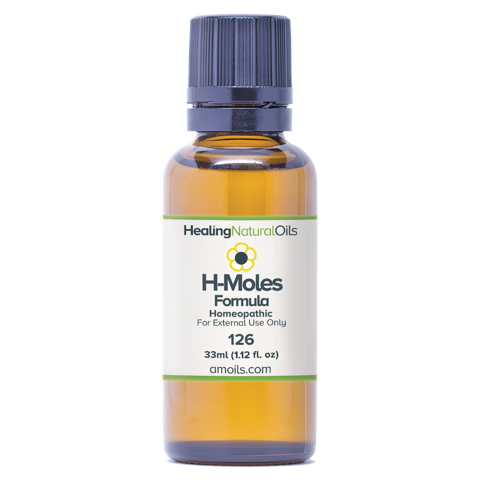 Can you get rid of freckles?

There is no general treatment for freckles that works for everybody. Under medical supervision, it is possible to take vitamin P.P. This vitamin had a photo-protective effect, which means it protects the skin against the effects of the sun and prevents freckles.

If you want to avoid freckles in the first place, they of course you need to keep out of the sun or at least reduce exposure to the sun. For this, use a natural sunscreen.

But instead, why not embrace your natural beauty and those freckles that come with it?  Did you know for example that a woman with freckles never needs makeup!  Her two-toned complexion allows her to simply apply concealer on any passing pimple, dab on some lip gloss and go about her day.  She has a natural beauty that never needs foundation or covering.  A freckle-faced woman wears her skin proudly!

Those without freckles have even been known to add their own fake freckles.