High Blood Pressure or Cholesterol? This Salad Crop Could Be The Remedy 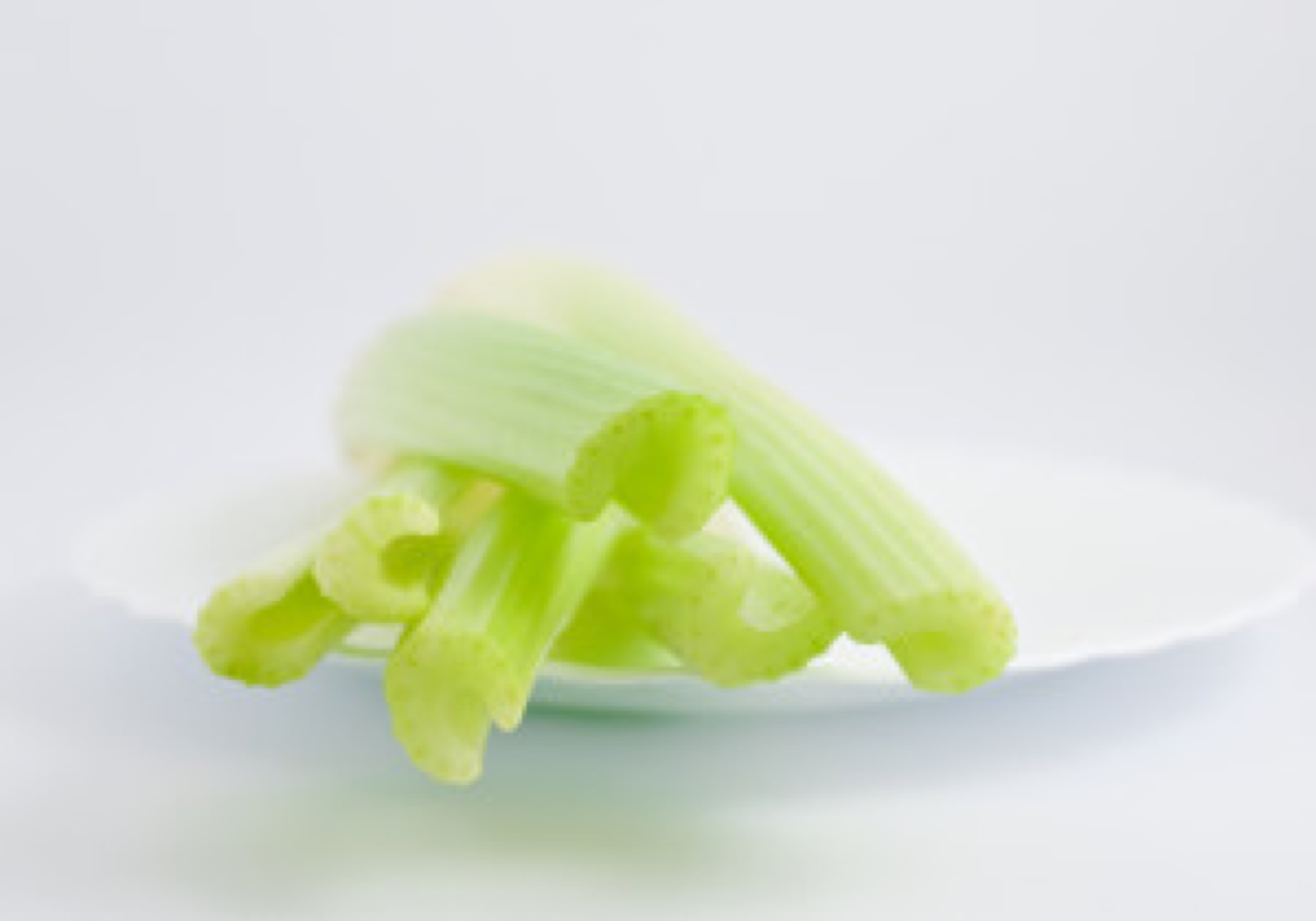 Did you know that drinking celery juice every day for a week significantly helps lower blood pressure. A compound called phtalides will help to relax the muscle around arteries, dilating the vessels and allowing blood to flow normally. To be effective, drink the juice for one week, stop for three weeks and start over again so you need to make a note in your diary about this! Drinking celery juice will also effectively and significantly lower your bad cholesterol. And the extra bonus is the weight loss that can come with it.
One of the popular UK daily newspapers, the Daily Mail, has published a report on an apparent newly discovered benefit of eating celery – that crisp, green and white salad vegetable. They say: “A taste for celery is one that many people never acquire, but scientists have just given them a reason to eat it. They have discovered that a chemical found in high concentrations in celery – and in peppers – could halt memory loss as we get older.

What is this chemical?

The USA researchers say the plant compound luteolin reduces inflammation in the brain, which is associated with ageing and its related memory problems, by halting the release of molecules that cause the inflammation. The team from the University of Illinois studied the effects of luteolin on the brains and behavior of young mice aged three to six months and older ones aged two years. Mice typically live between two and three years. The mice were fed a controlled diet or a luteolin-supplemented diet for four weeks. Normally older mice have higher levels of brain inflammation and fare less well in memory tests than younger adult mice. But the scientists, whose research was published in the Journal of Nutrition, found that older mice on the luteolin-supplemented diet did better in learning and memory tasks than their peers. Their levels of brain inflammation matched those of the younger adult mice. Professor Rodney Johnson (who led the research) said: "The data suggests that consuming a healthy diet has the potential to reduce age-associated inflammation in the brain, which can result in better cognitive health."  I decided to research further benefits of celery and found that the leaves have a high content of vitamin A, whilst the stems are an excellent source of vitamins B1, B2, B6 and C while being rich in potassium, folic acid, calcium, magnesium, iron, phosphorus, sodium and loads of essential amino acids. In addition, nutrients in the fiber are released during juicing helping with regular bowel movements. The natural salt in celery is very safe for consumption so that even those who are salt-sensitive can safely take the sodium in celery. Another good thing is that while many foods lose their nutrients during cooking, and hence it is more beneficial to eat many vegetables in their raw state, most of the compounds in celery are not lost at all during cooking.

So now that you have decided to include celery in your every-day diet and nutrition, look for organic celery in your local store or even better the farmers market. Choose green celery where possible for its chlorophyll rather than white celery (which is grown shaded from direct sunlight) and ensure that the ribs are still firm, not limp. To store in the fridge, wrap celery in a sealed container, in aluminium foil, in a plastic bag or a damp cloth. If you are going to just chew on celery and find the fiber a bit too heavy going for you, you can scrape some of this off using a potato peeler but don't go too far because you are then throwing away a lot of the goodness. Do not leave it at room temperature for too long as it tends to wilt quickly but, if this happens, sprinkle it with a little water and put it in the refrigerator for a few hours to regain its crispness. Celery is from the same family as parsley and fennel (also excellent herbs with the lots of health benefits) and grows to a height of up to 16 inches. Enjoy the crunchy taste of celery in soup or salad or juiced with a sweeter fruit.

Here is a simple recipe for a creamy celery soup

You will need: Then to make: Pour the chicken stock into a large pot, and bring to a boil. Add the celery, carrots and onion to the pot. Whisk together the flour, salt, pepper, and milk; add to the pot along with the butter. Boil for 10 minutes, then puree all the vegetables and serve. What could be easier? Enjoy the taste and the nutrition.