It is Time to Take the Stigma out of Growing Vegetables In Place of Lawns | Amoils.com 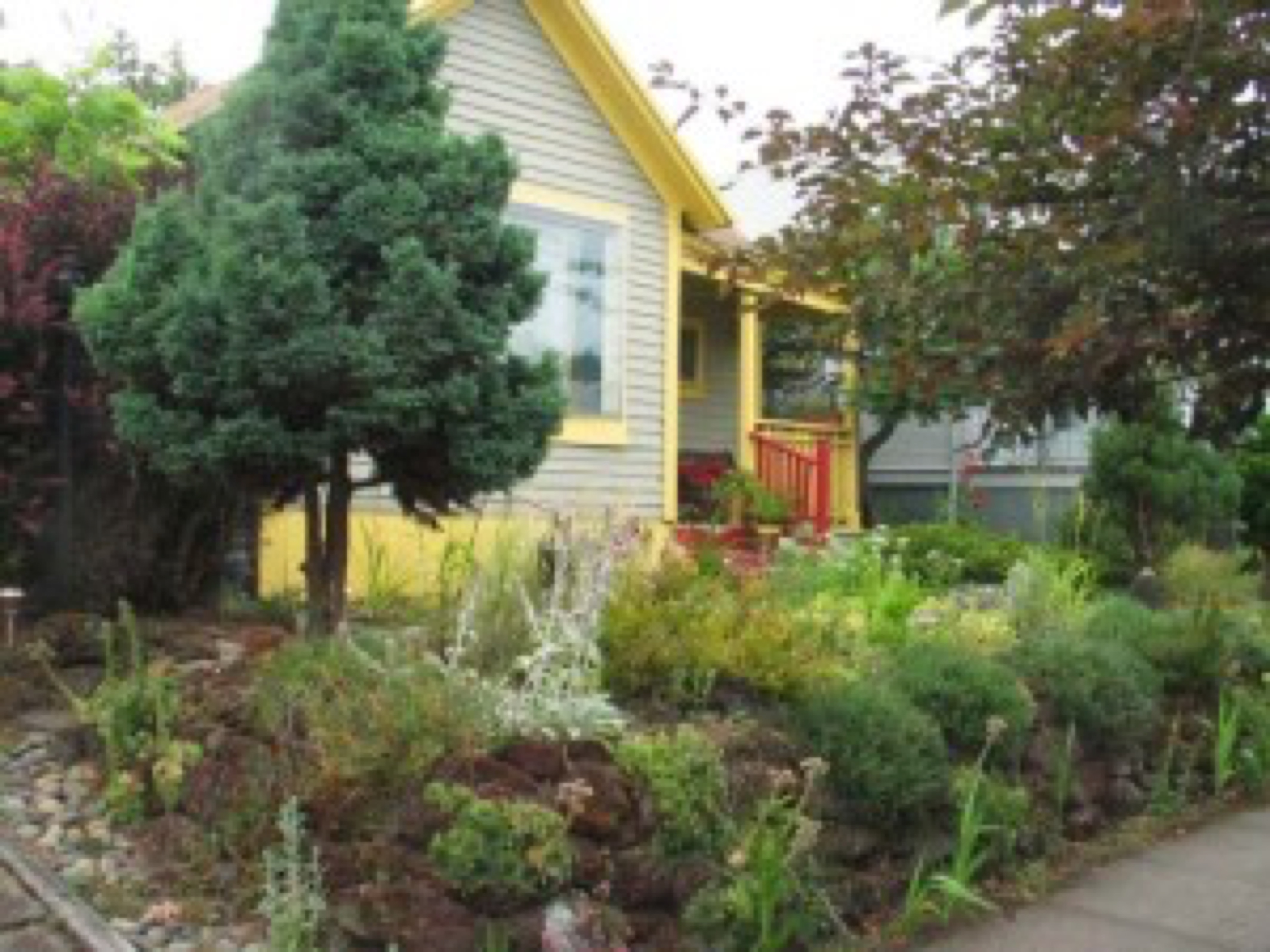 It is only in comparatively modern times that home owners have become programmed to grow lawns in their front gardens or yards. I guess it started in the USA in the 1950s with the growth of suburbia and quickly spread to other countries such as Australia and South Africa and, to some extent, Britain. Up until then, growing vegetables and fruits along with flowers and trees was a popular form of gardening in all parts of the garden. In fact in World War 2, there were many who managed to eke out their meager rations in Britain by digging up their gardens and even public spaces to grow food.

In much the same way as the Western world turned to sugar and all things sweet after being deprived during the War, so did people embrace the concept of a velvet lawn in front of their home. It became the done thing to spend a fortune on having a wide expanse of grass which had to be fed and watered to make it grow and then when it did grow, to be cut frequently (more expense) in a never ending cycle. Specialist companies providing “garden services” sprung up to take all the hard work of keeping that lawn in tip top condition. But at what cost to the home owner and the environment? Greedy lawns guzzling up water, food, toxic chemicals, fuel, labor, time and commitment and with no actual end result apart from a perceived uniform look.

The "Authorities" got involved

It became so much the norm that local authorities started to write rules and regulations that “only lawns” were to be permitted in suburban areas in front gardens and yards. Now the whole concept has turned full circle. With the fashion of going organic and avoiding GM foods and the delight people are finding in growing their own food, a few intrepid adventurers started to venture into the possibility of digging up their front lawns and putting in vegetable gardens instead. But it has not been without its perils. Across the land, law enforcement officers sprang into action slapping court orders on those who dared while Home Owner Associations wagged their index fingers in horror. The persecuted turned to the media for publicity but the real support came from social media petitions and dedicated facebook pages. It would seem that the local law backed down in surprise at the ferocity of the backlash. Julie Bass in Oak Park, Michigan, was one of the first to take advantage of social media when she decided to grow a vegetable garden to be able to feed her family quality organic vegetables instead of a grassy lawn. Threatened with jail time for Julie, the Oak Park Hates Veggies facebook page grew to 25,626 fans and is still going strong nearly 2 years later.

Back to “Dig for Victory” and I found this old “Victory Gardens – Leaders Handbook” online - published in 1943 soon after the US joined the allies fighting in World War 2. The first paragraph says: “As a nation, we have always taken food pretty much for granted. Not the farmers, of course. To a farmer, food is the stuff life is made of. But the rest of us haven't always understood that. We have always had the idea in mind that there was plenty of food, if we just had the money to buy it. Now we are learning that a nation, or a group of nations, is no stronger than its food supply. We have stopped taking food for granted.” Many today have realized this and have stopped taking food for granted too so the trend for growing vegetables instead of lawn is increasing all the time. Time for some careful strategy And if you are planning on going that way, remember that you don't have to rip out lawn to replace with vegetables. There is an easier way. The best soil in the world is the result of gradual accumulation of lots of organic matter on top of grass. So you can go ahead and put in a vegetable garden but you don't have to rip up the lawn – in fact it is so much better for your vegetables and fruit if you do not. Add lots of organic matter on top of grass whether by building a raised growing space or by constructing raised beds on top of the lawn and adding all your organic matter into the raised beds themselves. Your soil and your growing space will benefit in leaps and bounds. If you are concerned about the opinions and actions of neighbors, home owners associations or local authority law enforcement officers, plan your change carefully. Start small with a few raised beds closer to the house. You can even screen these slightly with fruit trees. It is all about making it look good so that there is nothing anyone can object to.

Remember these points for a successful front yard vegetable garden

If you are able to make this move to help take the stigma out of growing vegetables, then please do so. Once again it is time to stop “taking food for granted”.     Sources: https://www.facebook.com/GrowFoodNotLawns http://www.nwedible.com/2012/02/stop-ripping-up-your-lawn-to-grow-veggies.html http://www.outlawgarden.com/2012/07/13/10-rules-for-growing-vegetables-in-the-front-yard/