Migraines, the Different Types and What You Can Do About Them? Did you know that the smell of green apples can actually help reduce migraine headaches?

Another natural suggestion (if you are a cat owner or lover) is to consider encouraging your cat to lie next to your head during a migraine attack because the purring (sent out in low frequency vibrations) is said to relieve the pain.

In addition, taking  400 mg of vitamin B2 may help prevent the onset of a migraine.

Not just for strong bones and teeth, optimizing your vitamin D level strengthens bones, reduces overall mortality and can be an important factor in eliminating or reducing migraine pain.

Migraines are a common and painful problem for some thirteen percent of the USA population.

There are several different types of migraines...

What are Cluster Migraines and what can you do about them?

Although quite rare, cluster migraines can be severely painful and are more likely to occur in men. While cluster migraines are less common in women, some do experience migraines during their periods, pregnancy or menopause. Others may get migraines from hormonal medications like birth control pills or hormone replacement therapy.

The severe pain starts very suddenly, usually behind or around one eye with the eye and nose on that same side sometimes becoming red, swollen and runny, and lasting anything from forty five to ninety minutes.  A pattern forms where they appear at the same time each day for several weeks giving rise to the name “cluster migraines”.

These migraines can be more likely by:

Here are the likely medical solutions:

Your doctor may well offer 2 different medications – one to take regularly during the cluster period to reduce the number of headaches while a second is taken to relieve the pain when an attack occurs. This second migraine medication is often prescribed and taken as an inhaler, an injection or a rectal suppository so that the migraine pain relief is very quick.   Even breathing pure oxygen through a mask for ten to fifteen minutes or using a local anesthetic in the nose are two further medical ways of treating the condition.

As tempting as it may be to take over the counter medications, you might be interested to read that headache medications are said to only work in 50% of people 50% of the time and to be aware of the side effects when taking migraine medication.

Changing to a healthier lifestyle can often be helpful; eating healthy whole foods (avoiding most processed ones); managing your stress effectively; taking regular exercise will help with stress as well as improving any underlying inflammatory conditions.

Another type of migraine is the silent migraine

Frequent and recurring dizzy spells could mean you have a silent migraine – one without an actual headache.

Many sufferers with symptoms of vertigo and/or nausea have gone undiagnosed “as migraine victims” because they don’t experience any headaches. . But more and more neurological symptoms (whether or not they are accompanied by head pain) are also being attributed to migraine. Such symptoms include vertigo, eye problems, changes to bowel habits and restless legs, a common condition that causes an overwhelming urge to fidget and keep moving the legs - especially when trying to sleep.

These symptoms are known as aura, and when they occur without a headache, it is known as a ‘silent migraine’.  As people get older they often get less of a headache with their migraine and more aura symptoms.”

A further type of migraine is an ocular migraine

While a severe type of headache is usually the main symptom of migraines, visual disturbances with or without the headache pain can also be a form of migraine with the same migraine processes related to changes in blood flow in the brain.

Different triggers will often be the reason why a migraine occurs but in some cases, those changes that take place in blood flow actually happen to the area of the brain responsible for vision. These are all eye migraines and ocular migraines is one of them. Along with pain, other symptoms can include nausea, congestion and visual symptoms.

The appearance of strange visual disturbances, usually lasting less than an hour, but with no headache, could mean you are having a rare ocular migraine. Although they can occur repeatedly, they often do not follow a regular pattern. There can be short or long periods of time between attacks.

The signs and symptoms of an ocular migraine:

People who suffer from ocular migraines often describe their experiences as varying degrees of vision loss or obstruction.

Fortunately, ocular migraine symptoms are temporary and do not harm the eye. However, they can interfere with daily activities such as reading and driving or interrupt the working day.

The best treatment for ocular migraines is to identify what triggers the condition in your particular case to try and prevent such occurrences. Minimizing stress, maintaining a consistent schedule in your lifestyle, eating regular meals, making sure you drink enough water and getting enough rest and sleep are all useful preventative measures.

If ocular migraines start occurring with increasing frequency, your doctor may recommend a migraine medication. There are natural alternative products also available for treating and preventing the symptoms headaches and migraines.

The hemiplegic migraine is a forth type of migraine

There are two types – familial hemiplegic migraine (known as FHM) and sporadic hemiplegic membraine (known as SHM). The main difference between these two types is that FHM runs in families (there can be a close relative that carries the same genes that cause the symptoms) while SHM has no known family connection.

Similar to a regular migraine with aura, the hemiplegic migraine may include an aura in the form of blind spots, flashing lights, crooked lines or double vision. These symptoms may last just a few minutes or as long as an hour. The word hemiplegia means “paralysis on one side of the body” and the main symptom of this type of migraine is a problem with moving one side of the body. This can be particularly frightening the first time it happens because, as many people will know, this is also a common stroke symptom.

Symptoms of an hemiplegic migraine include:

A short lived headache before the hemiplegia itself and, along with the partial paralysis, there can be numbness or a prickly sensation in that area. In rare cases, the symptoms can last for many weeks but most people will have such a migraine for less than 24 hours. Other symptoms:

Of course it is vital to see your doctor as soon as possible - if you suffer from any of these symptoms - in order to rule out an even more serious condition and for treatment to commence.

More natural ways to alleviate the pain and discomfort of migraines 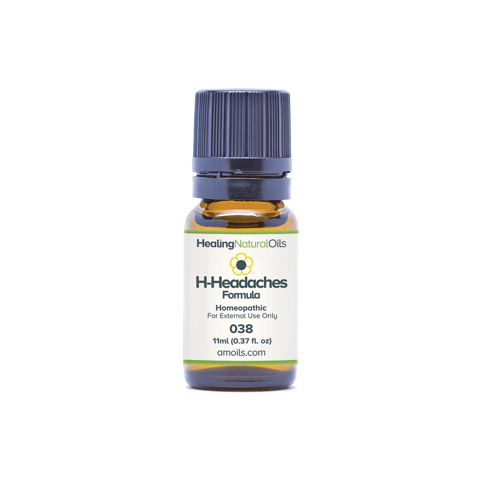