All the Red Richness of Rhubarb 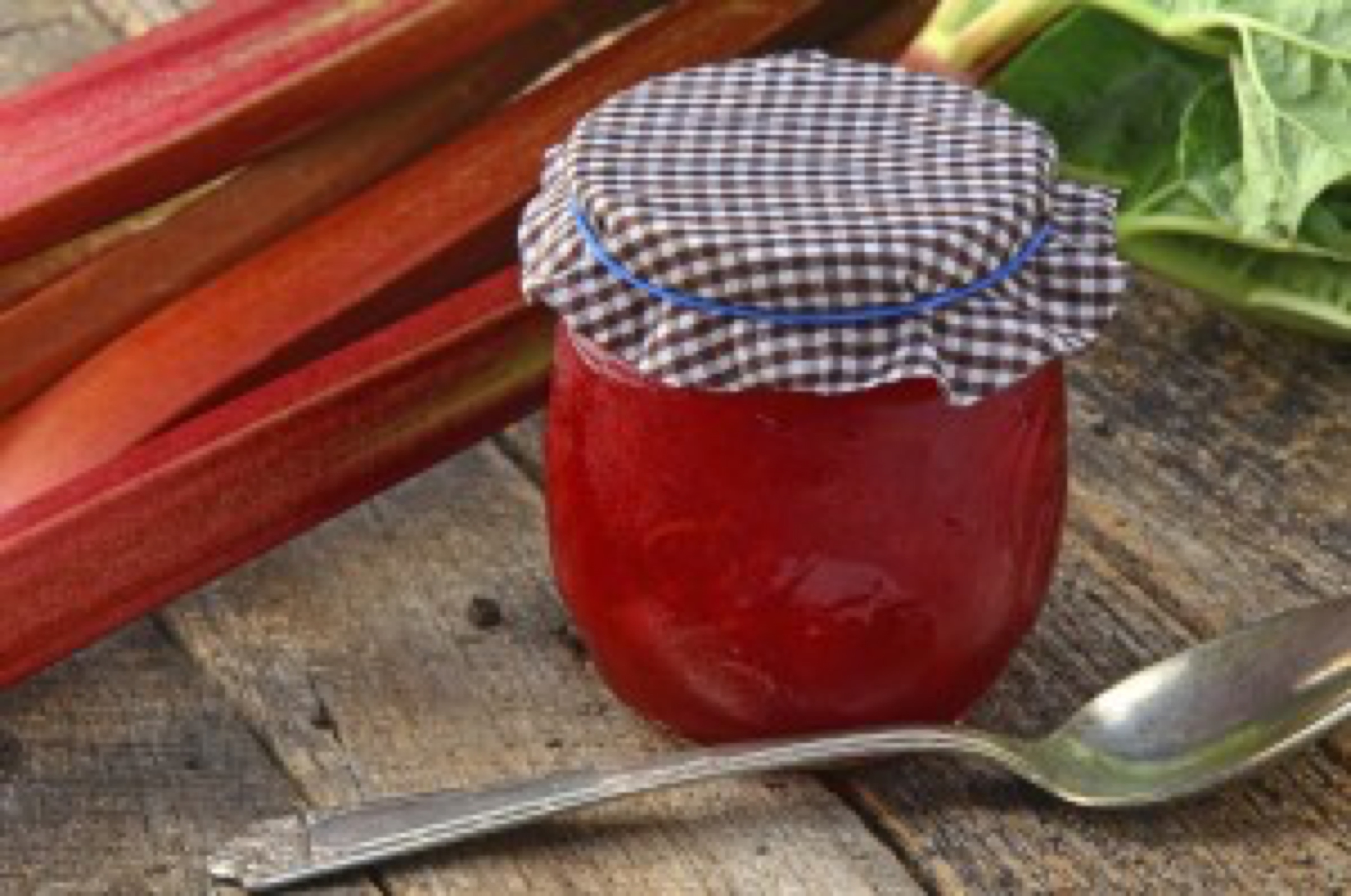 This is the time of the year in the northern hemisphere when rhubarb is growing profusely and, though this is described as a vegetable, it is mostly used for fruity desserts. Since moving to the countryside in England, we have taken on an allotment (part of a communal garden) and every plot boasts its own rhubarb patch so we have been given many bunches of these stalks, ensuring that we bake plenty of rhubarb and apple crumbles!

The redder the stalk, the sweeter the rhubarb

Rhubarb is easy to grow and keeps going for up to fifteen years once established. The plant is propagated by dividing the old rhizomes or roots. It is the stalks that are harvested, usually from the second year on, and when they become one to two inches thick. The redness of rhubarb is reflected in the names of varieties grown in the USA including Canada Red, Cherry Red, Ruby, Valentine and more. But a word of warning about the actual leaf of the rhubarb because it contains oxalic acid as well as poisonous glycosides. When harvesting rhubarb (by pulling the stalk rather than cutting) the leaf should be removed immediately as, if left on, it leeches the nutrients from the stalk itself.

Rhubarb has its own set of health benefits

1. Rhubarb is rich in antioxidants including lycopene and anthocyanins – helpful to boost the immune system and fight off disease. 2. Rhubarb is said to have lowering cholesterol properties - to keep your doctor happy. 3. Rhubarb stalks are a good source of fiber, for the benefit of your digestive health and to prevent constipation that can lead to hemorrhoids and even anal fissures. 4. Rhubarb is another good source of vitamin K, an essential property that helps with blood clotting, protecting the bones by better absorbing vitamin D while helping to fight off liver and prostate cancer. Adequate vitamin-K levels in the diet help limit neuronal damage in the brain. 5. Rhubarb is also a good source of vitamin C (of which we really cannot have too much for a healthy immune system) plus contains calcium, potassium and magnesium. 6. Rhubarb stalks are also rich in several B-complex vitamins such as folates, riboflavin, niacin, vitamin B-6 (pyridoxine), thiamin and pantothenic acid.

Fresh rhubarb stalks are readily available in your local fruit and veggie market from April until August. Look for fresh and firm bright red stalks while avoiding any which are dull, limp, bruised or blemished. Red color stalks contain more vitamin A than the green varieties. Once at home, place the stalks in a plastic bag and store inside the refrigerator (set at 32°F and 95% relative humidity so that the stalks stay fresh for up to 3 weeks). You can also precook and freeze successfully. Prepare by trimming the ends using a paring knife. Wash the stalks in cold running water, gently scrubbing the surface using fingers before cutting into 1/2-inch to 1-inch pieces. Rhubarb can be rather tart so pair with a sweeter fruit, honey, maple syrup or apple juice. Avoid adding sugar if possible for obvious reasons. Although most renowned for rhubarb crumble or pie, rhubarb's crispy, juicy stalks can be used in the preparation of sauces, preserve, jellies, jams, syrups, sorbet, juice and more. "Rhubarb, rhubarb, rhubarb" is an old English saying that extras on stage or in films would say to each other quietly when pretending to chat to one another.