Right Handed or Left Handed & Should It Matter? | Amoils.com 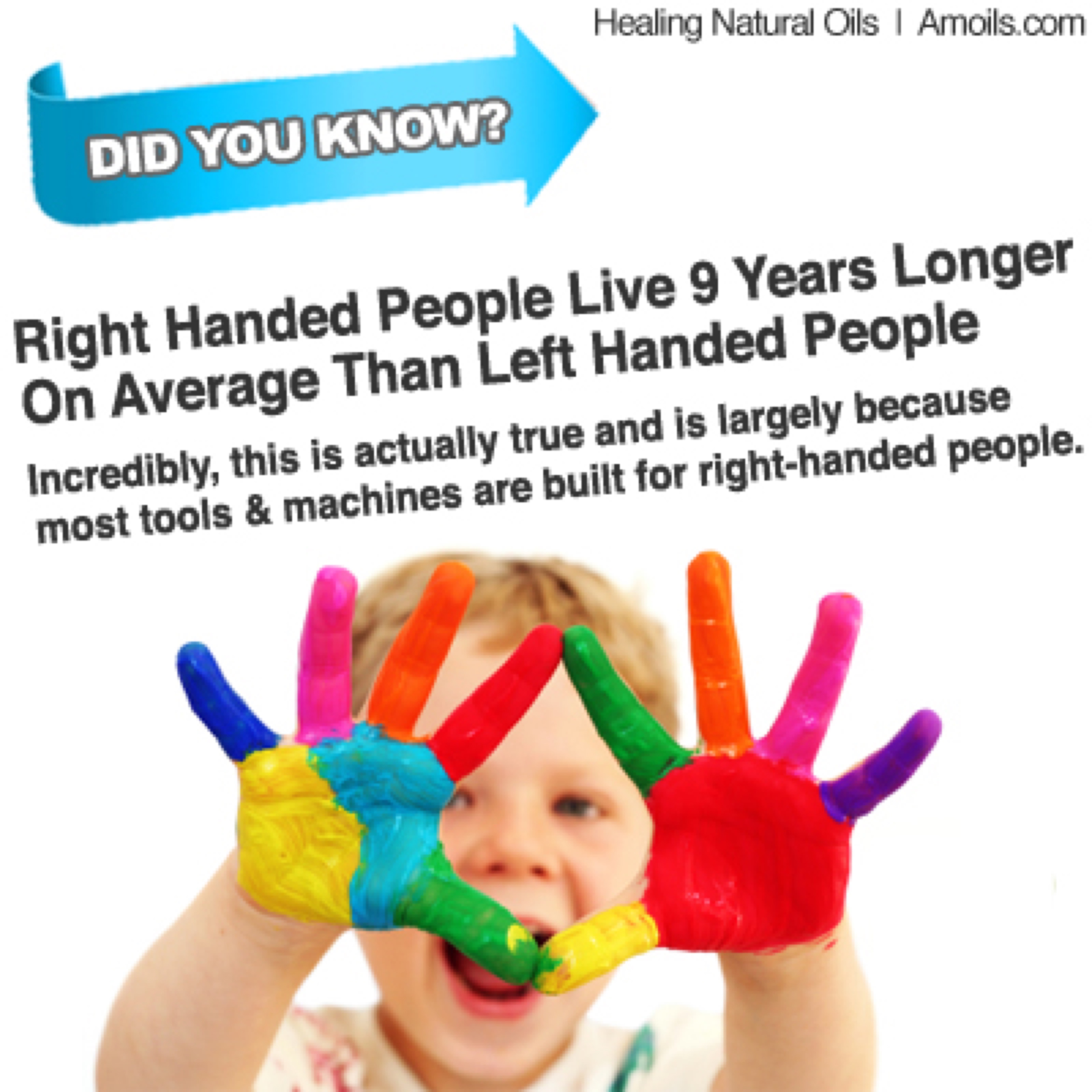 Although, nearly two and a half thousand left-handed people worldwide apparently die each year as a result of using products meant for right handed people, it would still seem that left handers can be rather special.

The trials of being left handed

And they do need to feel special because a left-handed person so often has the feeling that they were born into the wrong world. Everything is designed for right handed whether it be scissors, computer keyboards or irons. There are varying degrees of success for left handers to adapt to manual controls that are contrary to their nature. Nevertheless, to a right hander when watching a left hander, they can seem awkward particularly when they are writing. My own mother was a left hander and she always found it difficult to sew and when she attempted to iron, she would frequently burn herself. Consequently, I took over those tasks in the home as a teen. Now my own grand daughter is a left handed 4 year old -it will be interesting to watch her progress. It is estimated that some 85-92% of world’s population is born right-handed and this fact can also cause some bias against left-handers.

In his book Right-Hand, Left-Hand, Chris McManus, of University College London, argues that the proportion of left-handers is increasing and left-handed people as a group have historically produced an above-average quota of high achievers. He says: “left-handers' brains are structured differently (in a way that increases their range of abilities) and the genes that determine left-handedness also govern development of the language centers of the brain, although many scientists agree that there is no real difference in intelligence between the two.” When writing in Scientific American, Chris McManus goes on to say: “Studies in the UK, USA and Australia have revealed that left-handed people differ from right-handers by only one IQ point, which is not noteworthy. Left-handers’ brains are structured differently from right-handers’ in ways that can allow them to process language, spatial relations and emotions in more diverse and potentially creative ways. Also, a slightly larger number of left-handers than right-handers are especially gifted in music and math. A study of musicians in professional orchestras found a significantly greater proportion of talented left-handers, even among those who played instruments that seem designed for right-handers, such as violins. Similarly, studies of adolescents who took tests to assess mathematical giftedness found many more left-handers in the population." In a 2006 US study, researchers from Lafayette College and Johns Hopkins University concluded that there was no scientifically significant correlation between handedness and earnings for the general population, but among college-educated people, left-handers earned 10 to 15% more than their right-handed counterparts. As far as sports athletes are concerned, being left handed can be a distinct advantage. In fact, athletes have a larger distribution of left-handedness and not because they are more skilled, but the fact that the time taken for the brain to send a signal to the left hand is slightly shorter than the time for the brain to send a signal to the right hand – some 0.3ms – meaning that the reaction times of left handed athletes are fractionally faster.

Ambidexterity is the ability to use both your hands with equal ease or facility. If you are armless – and I do know a young woman who was born without any arms – then it could be your feet! Nicky is amazingly capable at using only her feet. She appears to be totally independent, living alone and is able to drive herself in a specially adapted car. She has a full time career. You can find out more about her story here. It can be extremely helpful in certain sports and martial arts to be able to use both your feet with equal ability. The Greeks encouraged and tried to promote ambidexterity because it was simply logical in sports and battle to be adept with both hands instead of one. By combining the Phoenician style of writing right to left with their own left to right system, the Greeks created a reading and writing system called boustrophedon, where the lines ran alternately right to left and left to right. With alternating sweeps of the eyes back and forth, reading was more swift and efficient. Another good example of a someone who was ambidextrous was the famous artist Michelangelo (who lived from 1475 to 1564). He often painted with both hands. When one got tired, he switched to the other. Also in the artistic field, the British artist, Sir Edwin Henry Landseer (1802-1873) could draw with both hands simultaneously. For example, while drawing a horse's head with one hand, the other hand would be busy with a stag's head. He was also renowned for teaching drawing and etching to the British Queen Victoria. She was left handed but with Sir Edwin's help, became ambidextrous.

Back to the left handed

If you are a musician or a typist (these days on a computer keyboard rather than a typewriter), you can reach high levels of speed and accuracy using both left and right hands. In such occupations, there is very little difference between the two hands (less than 10%). But where the right hand is used almost exclusively, it will be 90% more effective than trying to use just the left. I suspect that that percentage would be different in left handers. Apparently, there is a common perception among right handers, that “right” is the side for all things correct, positive and good while “left” is associated with death, clumsiness, negativity and bad. However, recent research shows that most left-handed people hold the opposite view. The researchers in this particular study concluded that left-handers become an interesting subject in which conceptual associations as a result of a sensory-motor experience, and conceptual associations that rely on linguistic and cultural norms, are contradictory.

Another recent study (published in the January 17, 2012 in the print issue of Neurology®, the medical journal of the American Academy of Neurology) found that using a sling or cast after injuring an arm could cause the brain to shift quickly to adjust. The study further found that increases in the size of brain areas were compensating for the injured side, while areas that were not being used, due to the cast or sling, decreased in size. "These results are especially interesting for rehabilitation therapy for people who've had strokes or other issues," said study author Nicolas Langer, MSc (University of Zurich in Switzerland). "One type of therapy restrains the unaffected, or "good," arm to strengthen the affected arm and help the brain learn new pathways. This study shows that there are both positive and negative effects of this type of treatment". For the study, researchers examined 10 right-handed people (with an injury of the upper right arm that required a sling) for at least 14 days. The entire right arm and hand were restricted to little or no movement during the study period. As a result, participants used their non-dominant left hand for daily activities such as washing, using a toothbrush, eating or writing. None of the people in the study had a brain injury, psychiatric disease or nerve injury. "We also saw improved motor skills in the left, non-injured hand, which directly related to an increase in thickness in the right side of the brain." said Langer. "These structural changes in the brain are associated with skill transfer from the right hand to the left hand." Langer noted that the study did not look at whether the decreases would be permanent. He went on to say that further studies should examine whether using a restraint for stroke patients is really a necessity for improving arm and hand movement. He added that their results also support the current trauma surgery guidelines stating that an injured arm or leg should be immobilized 'as short as possible, as long as necessary'.

What to do if you have a left handed child?

It was as recently as the early decades of the twentieth century that teachers in schools in many countries tried, or even forced children who were left handed, to use their right hand only. My mother was one of these children. It did not work. Even to this day, some parents under societal pressure, ignorance or religious mis-communication make their children switch to using the right hand. However, tempted you may be, never force born left-handed child to use right-hand permanently. You may teach your children to use right but let them be left for their own good. 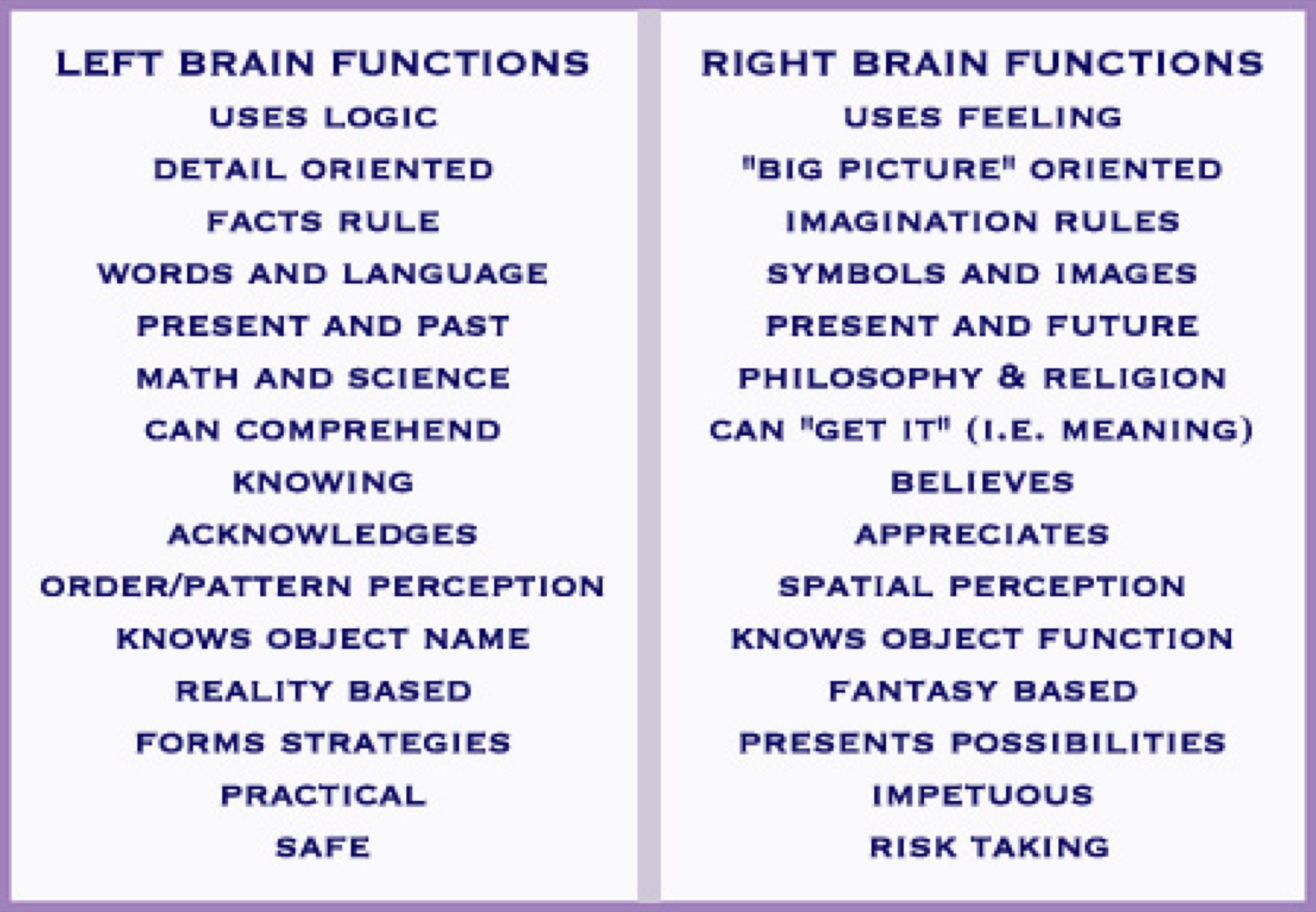