Salmon, The Benefits & The Concerns | Amoils.com 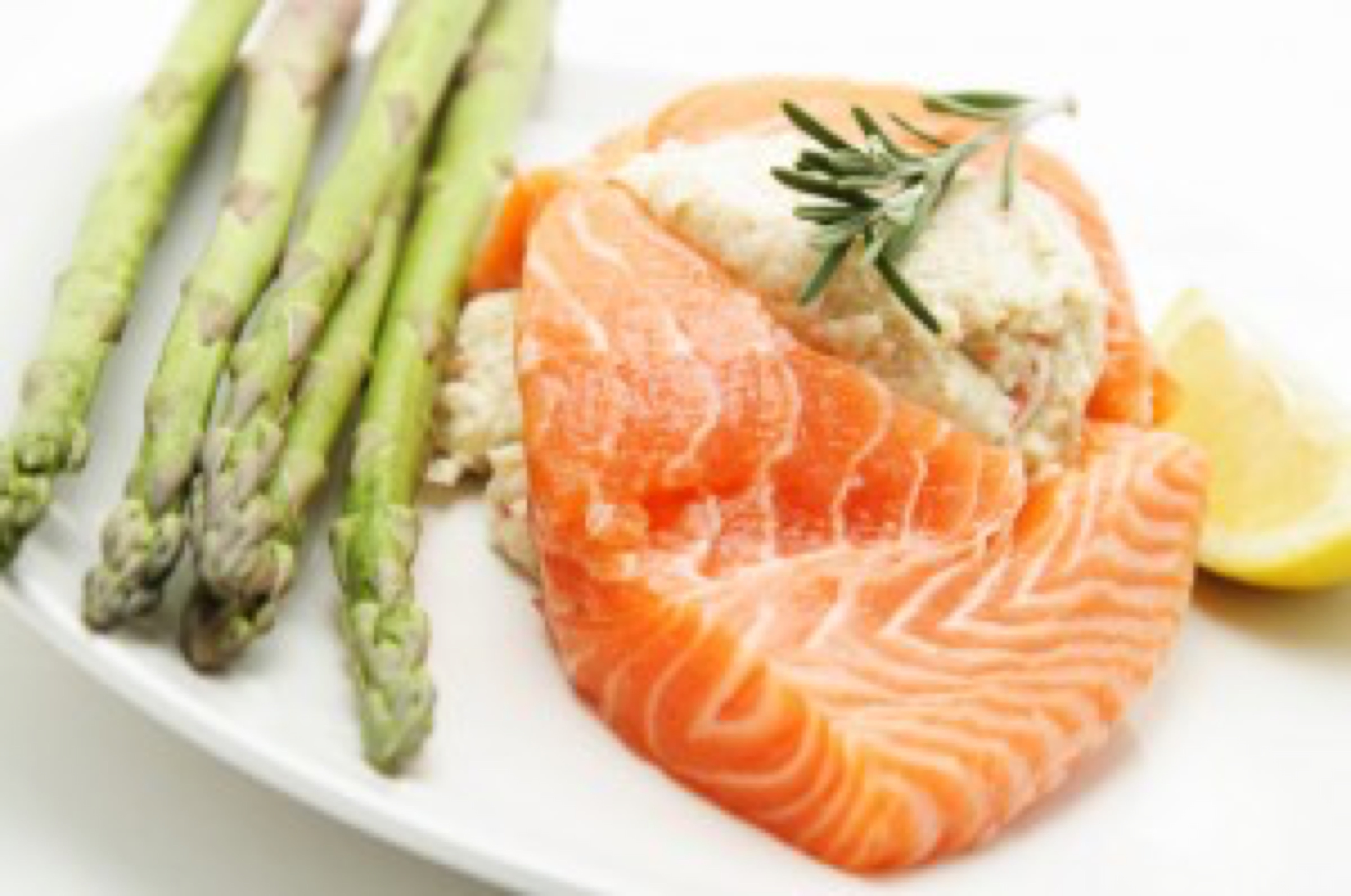 Salmon is one of the top foods that nutritionists recommend for lots of reasons. It is high in protein, low in saturated fat and with a unusually high omega-3 fatty acid content (important for reducing the risk of sudden cardiac arrest or death). There are many other health benefits from salmon too:

Those same omega-3 fatty acids found in salmon can be converted by the body into three types of compounds that prevent chronic inflammation. Inflammation can lead to so many conditions including arthritis. The incredibly high content of vitamin D and selenium found in salmon have also been shown to be key agents in preventing unwanted inflammation.

It is well known that docosahexaenoic acid (DHA) is the most important fat found in the brain. The omega-3 fatty acid in salmon aids the thinking process in the brain and decreases the risk of certain brain-related problems such as depression, hostility in tees and the cognitive decline in the ageing.

Fish oil is good for improving vision while helping avoid macular degeneration in the ageing. The omega-3 fats found in salmon have been demonstrated to be effective in combating both macular degeneration and chronic dry eye with 2 servings of salmon per week being the optimum intake.

Eating salmon has been connected to a decreased risk of numerous cardiovascular problems such as heart attack, stroke, heart arrhythmia and high blood pressure. It is also linked with improved metabolic markers for cardiovascular disease. The high levels of the antioxidant selenium in salmon are important in cardiovascular protection.

The omega-3s found in salmon lock moisture into skin cells thus encouraging the production of strong collagen and elastin fibres and this contributes to a more youthful looking skin – less wrinkles. Skin blemishes and improved hair appearance are other benefits.

The many health benefits of salmon plus their popular taste has meant an increased consumer demand. This has led to the cultivation of salmon on a large scale, accounting for some 50% of the worldwide production. Although there are conflicting opinions on this, apparently salmon is relatively free of mercury and other toxic chemicals. Wild salmon feed on smaller fish, other sea creatures and insects. In the expanse of the ocean, where they spend most of their lives, they tend to be free of disease. On the other hand, farmed salmon are free of large predators but subject to tiny ones. Their big drawback is that they live in a crowded environment which predisposes to infection and few get to market without antibiotics. These are the equivalent of factory farms on the land. They feast on grains and chicken parts or fish meal which is unnatural, requiring little energy expenditure. Like human couch potatoes, their flesh contains more saturated fat. Unfortunately almost all the salmon that comes from the North Atlantic is raised this way.

According to the writer here the healthiest and safest salmon comes from Alaska and the Pacific Northwest. But he warns that: “as pollution spreads and testing facilities identify more cancer-causing chemicals, even this may eventually need re-evaluation. Until then, salmon remains an excellent nutritional staple whose heart-healthy benefits far outweigh the risk of cancer.”