I recently heard about Tara and her story and I thought I would share my questions and her replies here as it could help others who have had to battle similar problems.

Bipolar Disorder, formerly called manic depression (and which describes it very well), is a mental illness characterized by alternating mood swings that range from periods of elation to deep depression with normal periods in between.

There are also changes in sleep, energy, judgement and behavior.

When did you first notice a problem and how long before you were diagnosed with Bipolar?

In 1998, my husband died unexpectedly and I went over an edge I didn't know was there. I have only recently come back. I was diagnosed in 2006 at the age of 48 with Bipolar II Disorder but by then I was one of about 30 women in a homeless shelter.

Fortunately at that time the City of Portland provided us with a housing case manager in a trial program that helped us get out of the shelter and into transitional housing. From there I got into subsidized disability housing, ending 7 years of bouncing in and out of homeless shelters.

What was your life like before your husband died?

Once upon a time I led a busy and fulfilling life. At one time, despite my acute fear of heights, I was a flight attendant in the airline industry for a few years.

Later, I became involved in social justice issues in my community. In 1996,

I was elected to the board of directors of the Boulder chapter of the ACLU in Boulder, Colorado, and from there I was elected as representative to the state affiliate board in Denver. In 1997, I was an also-ran candidate for Boulder City Council.

So how did everything change afterwards?

A year after my husband died, I lost my job in a financial advisor's office due to what I now know was hypo-mania. I spiralled down into homelessness. At one low point, I panhandled for a living in the very same city that I had once ran for city council. (I had to ask Tara what panhandling was and she explained that it was begging and that she practiced it by standing on a median in the street at a traffic light with a sign, accepting donations from those people motivated enough to give to her).

Another low point was when I lived in a homeless shelter here in Portland, Oregon. It was the fall of the year and someone stole my coat, so I wore a warm bathrobe that someone else gave me to replace it. I remember I came across a grocery cart abandoned on a sidewalk downtown. I put my heavy backpack in it and pushed it around. It seemed to make sense at the time. I had a police contact that day. It surprised me how diplomatic and kind the officer was. I'd had police contacts before in Boulder, though usually it was because I panhandled, a generally discouraged activity. I was lucky, they never arrested me. I always felt menaced by the police, but not this time. In retrospect, I understand now that what this officer saw was clearly a very mentally ill individual. I thought I suffered from poverty, but I suffered from mental illness. But it was not until I contemplated suicide that I was finally diagnosed with bipolar.

In desperation I walked into the Multnomah County Health Clinic, told them I was suicidal and wasn't a patient, but that I didn't know where else to turn. They got me in to see a doctor immediately, saving my life - but there was a price to pay.

How did this diagnosis change everything?

I spent 7 years drugged out of my mind on bipolar medications. Once they had me drugged, I became very compliant and couldn't question or investigate alternatives. They completely took away my will and drive to know. I gained a hundred pounds from the medications in 2 years. Most bipolar patients are obese and have diabetes, metabolic disorder and heart disease caused by the medications.

With what little will I could muster, I fought against the weight gain restricting carbs to 20-30 grams, calories to 1100-1300 a day and with no sugar and no grains, I slowly lost that hundred pounds over the next 5 years. I was determined not to get diabetes, but my blood glucose got worse every year anyway. I didn't know that the medications damage pancreatic cells and cause diabetes even if you don't gain weight.

Eventually, my doctor sent me for counseling and my counselor actually referred me to a naturopathic college that saw clients. I found I couldn't afford the consulting fees, but I thought: “Wow, you can treat this naturally?” Spurred on, I found information on the internet. Over the next two years, I started tapering slowly off my medications.

In my internet research on the side effects and withdrawals from my drugs, I found out that anti-psychotics actually shrink your brain. Postmortem studies on bipolar patients on anti-psychotics like Abilify and Seroquel (5th and 6th most prescribed medications in the US) showed that brain volume was decreased by an average of 3% per year of use, and bipolar patients lost an average of 13-16 years of longevity. The losses were in both gray and white brain matter as well as neurons, axons and dendrites.

Tell me about your experience with changes in your IQ?

I had been on anti-psychotics for 7 years. I took an internet IQ test. In my prior experience, I had found that some of them were pretty accurate, testing to within 2 points of my known IQ. I took another IQ test and another, not believing the results. I had lost 21 points off my IQ. Fortunately, I had some to spare! But a new quest was born. I wanted to get my brain back. I have successfully been off bipolar medication since July of this year, following a protocol of amino acids, vitamins, Omega 3s, a healthy diet and exercise. I've lost a further 15 pounds with another 40 to go to reach my optimum weight.

What plans do you have going forward?

My biggest struggle is to get my blood glucose down below 90 mg/dl as neurogenesis can't proceed in the presence of high glucose. I intend to lose weight, get healthy, grow my brain back, regain my lost IQ, save my life, and write an ebook about how I did it to help other bipolar people get off killer medications and get their health and life back.

I asked Tara whether she had had friends and family to support her. She told me that she was estranged from her family when disaster hit as the Bipolar Disorder affected her emotions and her judgement but, as soon as she was stabilized, her first priority was to contact her mother and sister and apologize to them for her behavior.

They immediately embraced her back into the fold of the family, giving her unconditional love and support. Tara credits her mother's recent emotional and financial support (helping her to afford multiple amino acids and other nutrients) in successfully getting her off the medications.

Anti-psychotics are notoriously difficult to withdraw from, with a 44% success rate. After six years on them and she was naturally terrified at the thought of the withdrawal horror stories shared on the bipolar patient forums on the internet. Fortunately, with the proper nutrients, she found it a breeze.

Tara says: “I stepped off the cliff, and found - terra firma!”

Thank you Tara for sharing your story with us and we look forward to reading that ebook in the not too distant future. Please let us know when it is written and available! 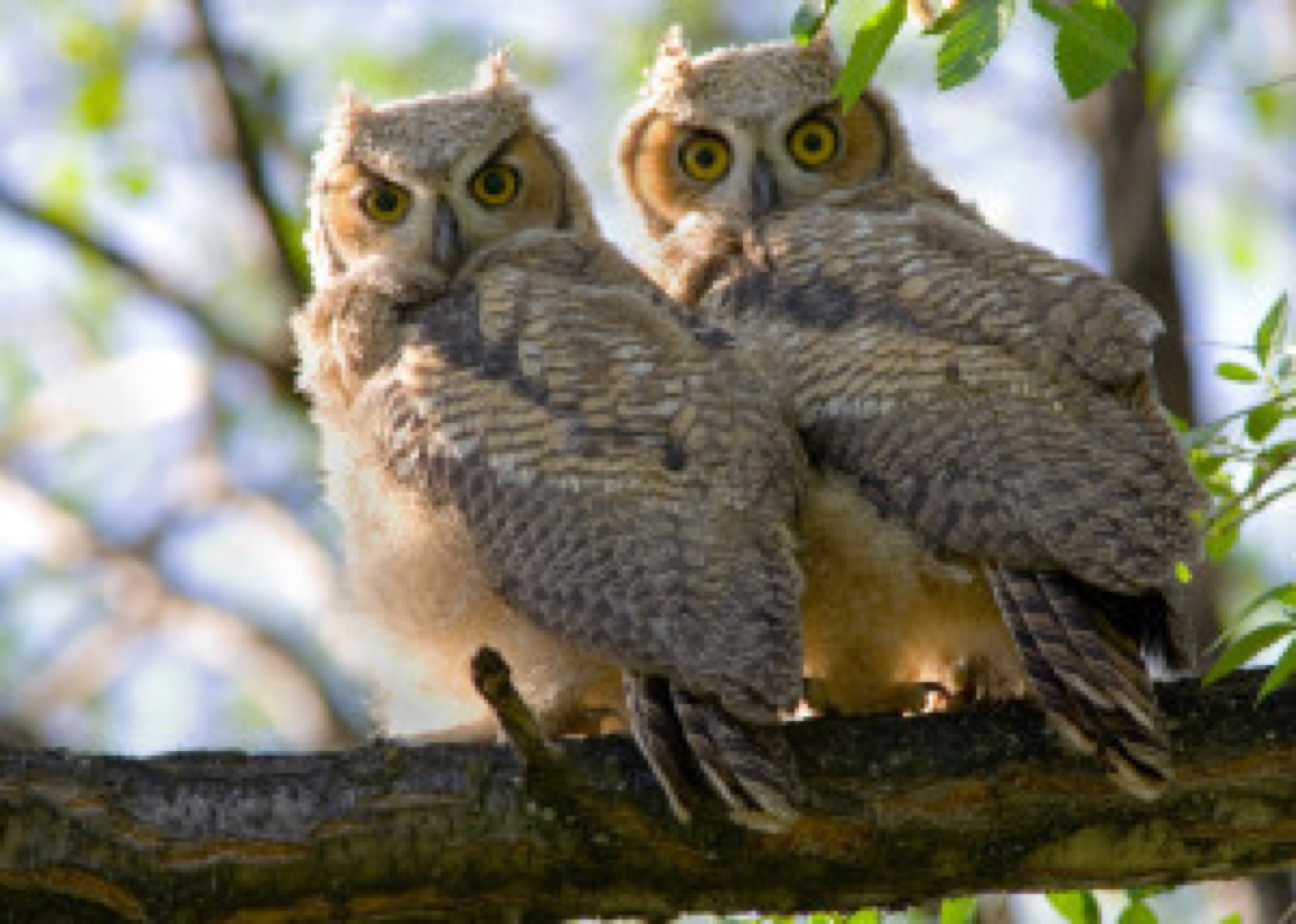 The Great Horned Owl is Tara's totem animal. She had a dream one night that she found an owl feather, making such an impression that she felt compelled to walk the Wonderland Trail near hear home in Boulder looking for that feather.

And she found it!

She later sighted the Great Horned Owl with her two fledged owlets. All three heads swiveled simultaneously to look at her. She was in awe. Then her first homeless shelter was right next to Wonderland Trail where she used to watch that same owl fly over in the twilight. She had a favorite perch near the homeless shelter! Tara felt the owl was watching over her.