Ten Tips To Help Win "The Battle Of The Vegetables" With Your Children | Amoils.com 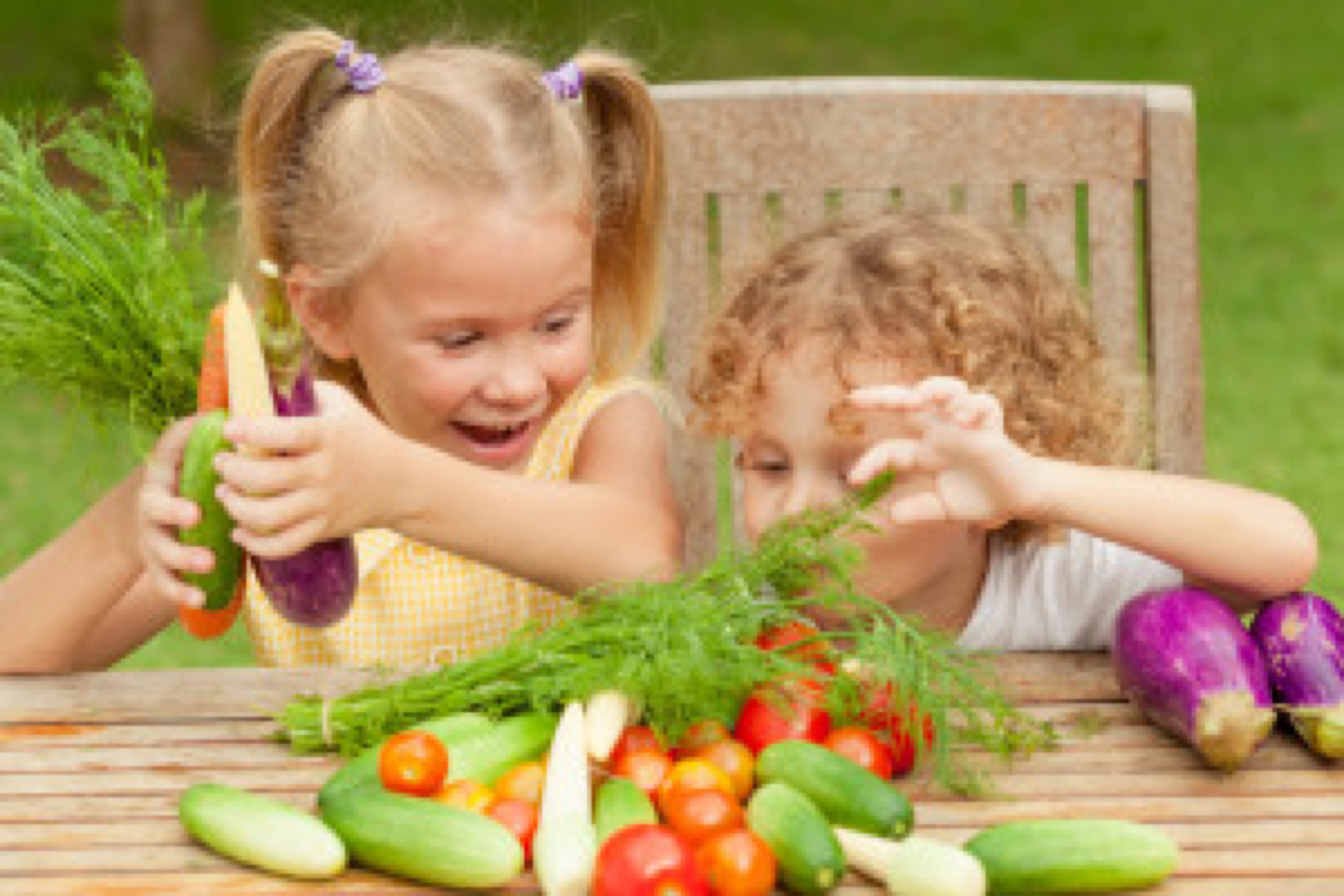 It seems that for many years now, children have been adverse to eating their vegetables, especially from the age of two. Apparently there is a reason in nature for this... There are children who are supertasters (that's actually a scientific term). Certain foods can be incredibly bitter and foul-tasting if you're a supertaster. Many children won't touch broccoli (or other strong-flavored veggies such cauliflower, spinach and kale) because their taste buds (from toddler age) can be hypersensitive to bitter undertones. Supertasters date back to early humans to prevent them from eating poisonous plants. Humans have about 30 genes that code for bitter taste receptors. Each receptor can interact with several compounds, allowing children and adults to taste a wide variety of bitter substances.

My daughter (who is now a mother of two young children herself) refused all veggies except actual frozen green peas which she would eat by the bowlful several times a day – I can only imagine she thought they were tiny little popsicles! But eventually even she grew to eat and enjoy her vegetables many years later.

Those that are the best nutritionally – broccoli, cauliflower, spinach and kale - are usually the most difficult to get children to eat. The same ones that can taste bitter and so sometimes there is a genuine reason why young children are fussy eaters – they could have such sensory integration issues. In addition, advice such as "let them get hungry and they will eat" is not true of all children. Some children will not eat and do not care about such things as they do not feel hunger. Of course, this poses extra challenges for parents. So what can you do to improve matters?

Suggestions from other parents

1. Involve your children in the preparation and even growing of their food – especially vegetables. If they learn to grow the veggies, they may be more willing to eat them. Learning the mechanics of growing, cleaning, preparing and cooking the veggies, could have them eating things they never would otherwise. It also stands them in good stead for being adults later on and having to fend for themselves. Start small by growing something easy to eat such as cherry tomatoes. 2. It often helps if children start on veggies when they are very young. Puree some of these veggies into baby food and get them started on eating them before they are old enough to form an opinion. Once they get with other children who refuse these foods the game is up and the parent has lost. It can sometimes work to teach your very young child to stand up to other kids opinions and tell them how much he or she likes broccoli and not to be intimidated by kids saying "yuck!" 3. Although it is often difficult to remain objective, if you can expect children to eat what is on their plate without drawing attention to the option of rejecting it, this may work. One parent has a house rule: "If I put it on your plate, you must eat some of it; if you put it on your plate, you must eat all of it." And they eat, nearly everything commonly offered. 4. One parent's tip is to tell her son that broccoli are trees and that he is a T Rex (ignoring the fact that a T Rex is a meat eater). I thought this was brilliant!

5. Blend in fresh or frozen fruit, some whey powder and antioxidant-rich natural cocoa powder to smoothies plus a splash of omega-3-rich flax seed oil. Your children will not notice if you include a few raw baby spinach leaves too. 6. You can add minced steamed carrots or cauliflower (or some pureed baby food carrots) into your spaghetti sauce (made with tomatoes sautéed in olive oil and served with whole wheat pasta) for a healthy supper dish. 7. Tuna salad can be nutritionally improved by adding in some finely chopped celery and some mashed white beans in the mayonnaise. Make your own mayonnaise for a much healthier alternative than a shop bought jar or use less commercial mayonnaise by diluting with some organic milk and olive oil for a smoother creamy taste. 8. We know that children love chicken nuggets but, as RealAge so rightly says, the fast-food versions are a nutritional wasteland. Make your own at home using whole-wheat bread crumbs and baked free range chicken pieces. You can make a really big batch and freeze in individual portions. To slip in in more healthy omega-3s, simply mix ground walnuts into the bread crumbs. 9. Pancakes are popular so mix blueberries to add vitamins and healthy plant nutrients and stir some nutty-tasting flax seed meal (available at any health-food store) into the batter to ramp up the fiber, protein, and omega-3 fatty acids.

10. Monster Pops Recipe 1 cup fresh baby spinach, packed tightly 2 cups fresh pineapple 2 medium ripe bananas 1/2 cup freshly-squeezed orange juice (about 2 Valencia oranges) Place the ingredients in a blender in the order listed above. Blend until smooth, stopping to scrape the sides and "plunge" the ingredients into the blade as needed. (Note: The popsicles will taste much sweeter once they are frozen, so don't be discouraged if the flavor of the blended mixture doesn't appeal to you. Sweetness will also vary depending upon the ripeness of the fruit, so use the ripest pineapple and bananas available.) Pour into popsicle molds and freeze for at least 4 hours until solid. Depending on the molds used, you may need to run hot water on the outside of each pop for about 10 seconds to loosen from the mold before eating. This recipe makes 6 four-ounce pops. Remember that children who can get into the habit of eating fresh vegetables, fruits and raw nuts do better in school and have less weight issues.
Updated at: June 24, 2020