The Plastic Bottle Addiction That is Ruining Our Oceans 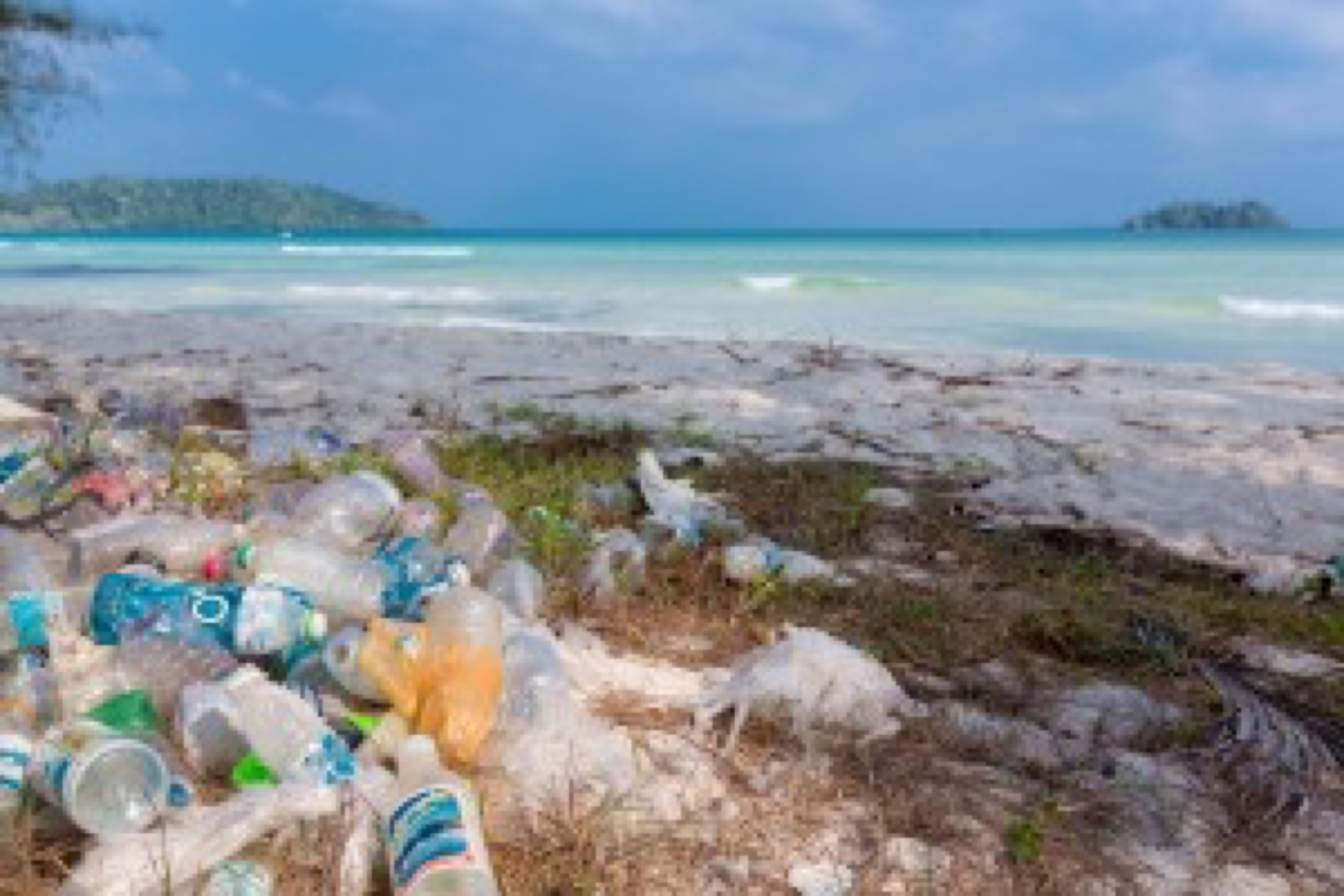 There are estimated to be five trillion pieces of plastic polluting our seas of which a sizeable proportion is made up of bottles and tops designed to be used just once - and thrown away. Something has to change - and drastically. And the latest fear is that a plastic island is now being formed in the Arctic. Just one standard PET (polyethylene terephthalate) bottle can take hundreds of years to degrade, breaking down into ever smaller fragements while absorbing harmful chemicals and finding its way into the stomachs of seabirds, fish, whales and sea turtles and of course ending up in the food chain that will be consumed by us.

According to a Greenpeace investigation, and listed below, are the big six who should share some of the blame as the largest manufacturers of products sold in throwaway plastic bottles together with the tonnes they use and how much of that tonnage is made up of recycled plastic: Woefully, none of those surveyed has any commitments or targets to reduce the amount of single-use plastic bottles they provide while a third have no global targets for increasing their use of recycled content in their plastic bottles.

When plastic bottles are brand new instead of being recycled

By generating virtually all of the bottles they sell from scratch rather than recycling existing bottles, these large companies are helping to create millions of tonnes more new plastic than they need to. They are showing no concern for the environment nor for their customers' welfare. Ideally, these manufacturers should: (a) produce all of their plastic bottles from more expensive recycled plastic while drastically cutting the amount of virgin plastic created. (b) make the effort to cut the number of single-use throwaway bottles and replace them with reusable ones while encouraging their customers to recycle and (c) introduce a global policy of deposit return schemes for all plastic bottles.

As we have said above, plastic very gradually breaks down in the environment but of course never completely disappears. It becomes smaller and smaller. Then there are the other man-made tiny pieces of plastic that have become a huge problem all of their own.

Millions and millions of plastic pellets the size of lentils are released from factories into the environment when they escape from packaging, manufacturing plants and delivery trucks. Nurdles are the building blocks of industry, delivered to factories in huge quantities but they are similar in size and shape to fish eggs so once they make their way into waterways and oceans, they are often mistaken as a food source.

One thousand microplastic fibers can be rinsed off a synthetic garment in a single wash, meaning that these tiny plastic fragments find their way into the water system by the millions when we use our washing machines. Environmentalists are anxious (a) that the fashion industry develop fibers that do not release plastic during washes and (b) that washing machine manufacturers make filters capable of catching those microfibers during the washing process. Being another form of plastic waste, microfibers pose yet a further major threat to wildlife.

Micro beads are tiny balls made from a material called polyethylene (and the most common plastic in the world) and are being used to make products such as bottles, grocery bags and trash cans. Microbeads are also included in items we put in our mouths and on our skin. In the past few years, the mainstream media has got a hold of the story of these seemingly innocent tiny beads of plastic – and that is a good thing because it helps to raise awareness in the general public who often need extra publicity, around many of the current threats to the environment, before they too take them on board. Trillions of these tiny plastic particles have already made their way into the oceans and seas because being so small, they often evade water filtration systems. They are made from polyethylene so have an indefinite life span. Their microscopic size makes them easily consumed by all types of marine life with the potential to then become part of our own food chain. Adding to the danger is the fact that they have absorbent surfaces which in turn can attract toxic or undesirable chemicals.

We have all experienced seeing images of corpses of those seabirds, fish, turtles and large mammals (such as whales) washed up onshore with their stomachs so full of plastic waste that they have actually starved to death. The truth may be hard to stomach but cannot be ignored. We can play our own small part by ditching our own addiction to plastic bottles and replacing with a long term water bottle; recycling any plastic that we do have to use; avoiding unnecessary plastic packaging when buying food and supplies; taking re-usable shopping bags with us to the store; and encouraging friends and family to do the same.   Sources http://news.sky.com/feature/sky-ocean-rescue-10734494 http://www.greenpeace.org.uk/blog/oceans/rubbish-truck-plastic-ocean-every-minute%E2%80%8A-%E2%80%8Aand-how-you-can-help-20161117