This Fruit Tree Is Perfect For A Mild Climate, Bird Loving, Garden | Amoils.com 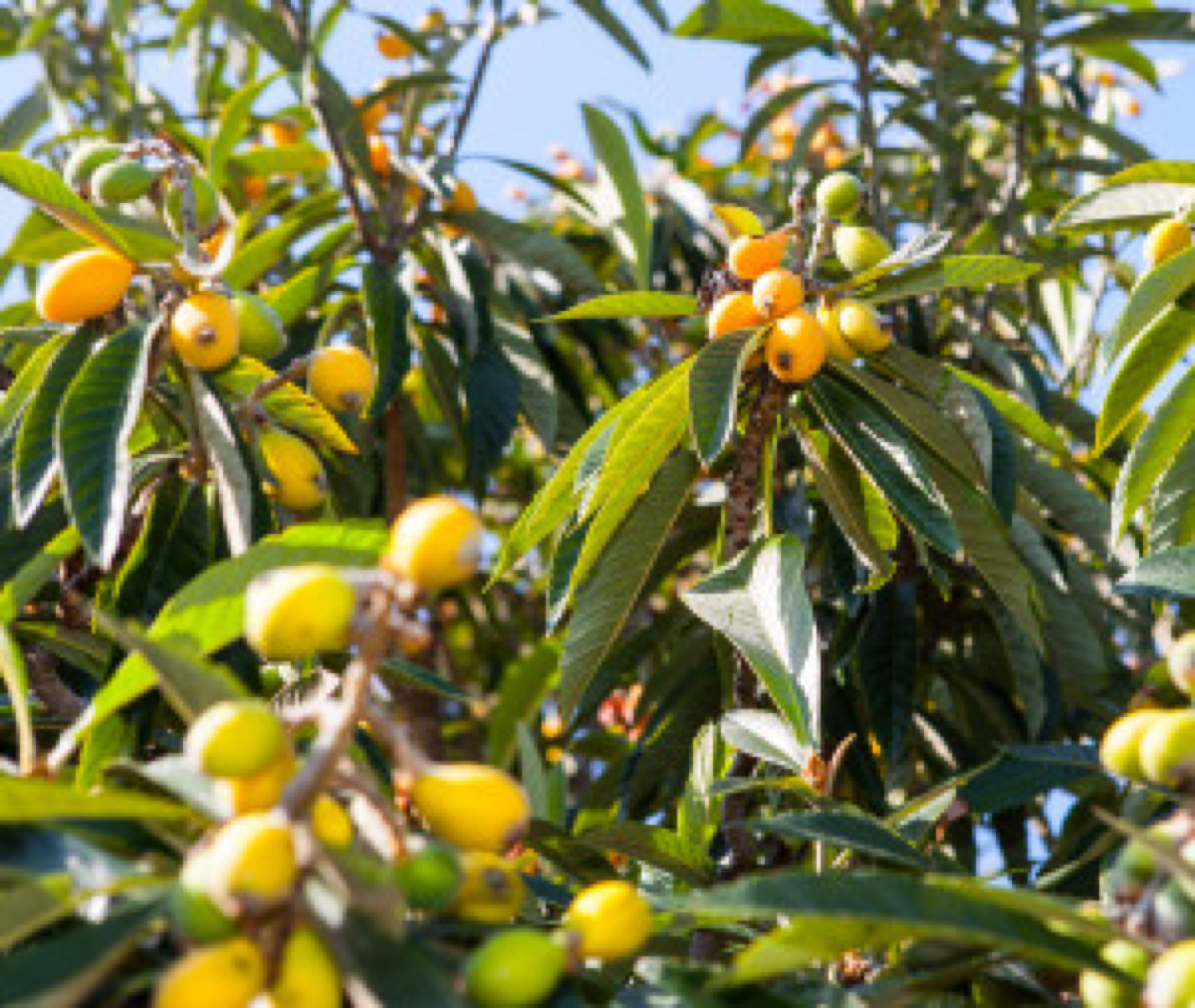 We have a wonderful tree growing in the garden here in Cape Town which we share, during the fruit season, with a local flock of birds known as “white eyes”. Fortunately, there is plenty for everyone. Because the fruit are so beloved by birds (and bats too), the seeds get spread far and wide and baby trees easily germinate and pop up wherever they land. Our personal flock of birds also help to keep down the aphid population on the citrus trees and feast on berries from the Virginia Creeper during the autumn months. When times are lean, we hang up orange halves for them to enjoy.

This post is about the fruit of the loquat tree, but also of health interest are the loquat leaves themselves which are used to make medicinal teas when they can reduce swelling, relieve diarrhea, help with depression and even deal with intoxication (in other words a hangover). Loquat leaves are evergreen, and quite large (roughly 8 inches long and 4 inches wide) with a dark glossy green color. The loquat tree is common to many countries: Italy, France, Germany, Spain, Portugal, China, Japan and of course here in South Africa. First discovered in the West by a botanist named Kaempfer in the year 1690, its popularity gradually spread to many other countries (although it had already been widely grown in Japan for many centuries). Over time, organic loquats have increased in size and variety so that there are now more than 800 sub-types in China and Japan alone. The tree varies in size and shape all over the world. Typically pollinated by bees, the loquat tree thrives in subtropical and mild-temperate climates. A delicious and sweet fruit, the skin can be peeled and the flesh eaten but be careful to discard the pip because it does contain small traces of arsenic although some people roast the pips to make a type of coffee and there is even an homemade, and possibly lethal, brew called loquat grappa. This same site has numerous other recipes for anything you can think of that would use loquats - from jelly to chutney and more.

Back to the fruit itself and all the health benefits

The loquat is very healthy with high concentrations of calcium, phosphorus, iron, potassium, vitamin A (crucial for good vision and dental health) and ascorbic acid. Other health benefits include being rich in fiber, malic acid, tartaric acid and vitamins B and B17. The latter is known as the anti-cancer vitamin. However, the fruit does not travel well as it bruises easily and loses its freshness quite quickly. Most people who live beyond the growing range of the loquat are unlikely to have ever tasted a fresh one – they would have to settle for the canned version.

Using our own loquat harvest

Today for the first time, we decided to put our loquat harvest to good use and my husband gathered and prepared some 6 cups to make and bake a loquat and blueberry pie. And I am pleased to report that it is delicious. I gave him him full marks. At the same time, he took the photographs to illustrate this post. Here is the recipe for Loquat Pie 6 cups seeded loquats, coarsely chopped 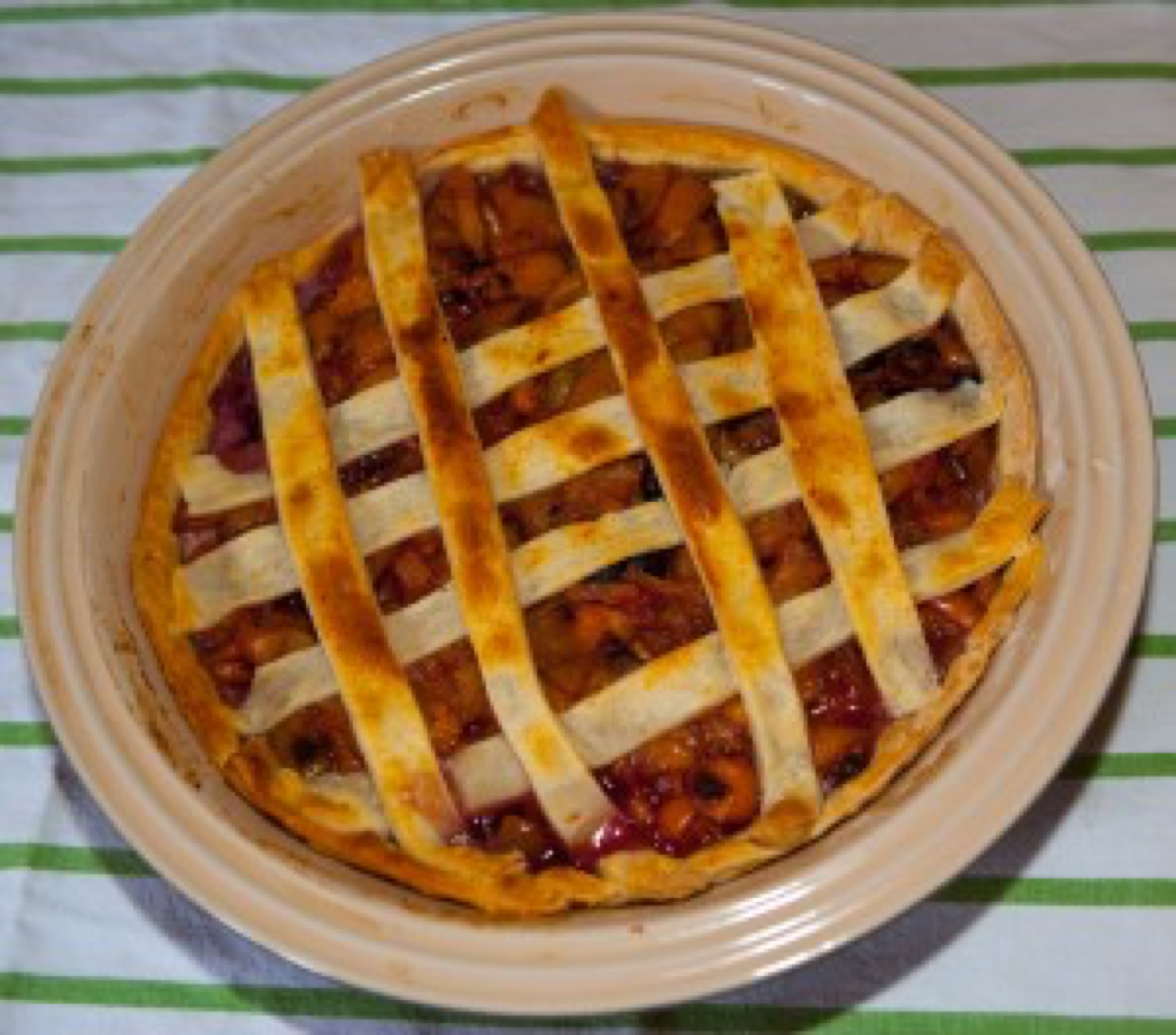 ¾ cup water ¾ cup sugar (we use brown unrefined) ½ tsp cinnamon ¼ tsp cardamom 1 tsp vanilla extract 1/3 blueberries (fresh or frozen) or any dried fruit to taste Stew the loquats in a covered pot with the water and sugar until the liquid is reduced and the fruit is tender but not brown. Add all the remaining ingredients and allow to cool, covered. Fill a plain, unsweetened pie crust and decorate with a lattice top if desired. Bake at 400 degrees for about 20 minutes or until the crust starts to brown.