The Tip Tapping Typewriter Is Right Back On Trend! 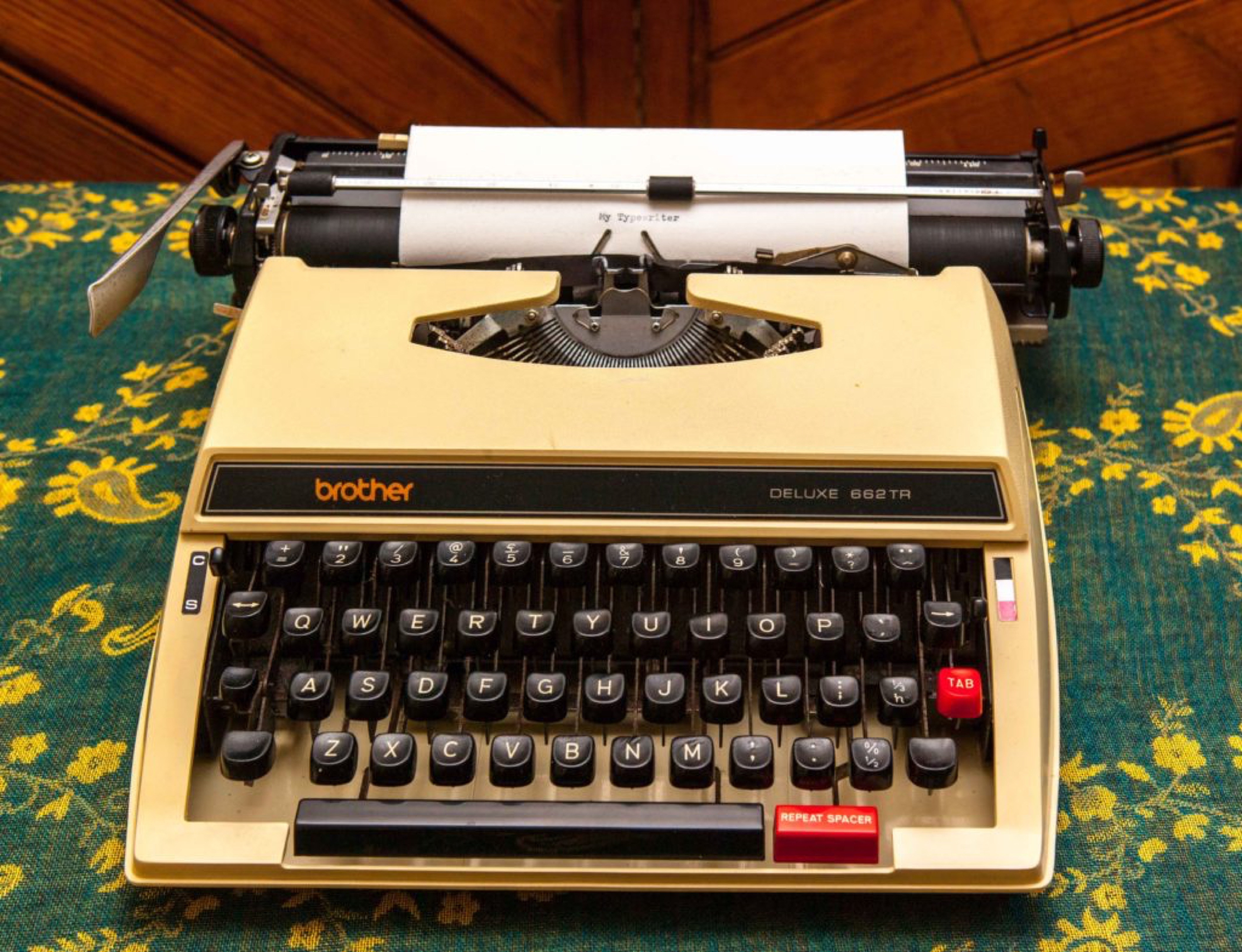 The actor Tom Hanks has an unusual hobby - he loves collecting old typewriters. He has put this love to good use by writing and publishing his first book titled "Uncommon Type" which is a collection of short stories - each one featuring a typewriter. There is even a recent documentary on typewriters called "California Typewriter" which is a nearly two hour reflection on the tactile and emotional attachment typewriter owners have to their beloved machines, whether they are creating on them, lovingly repairing them or even playing music on them.
The thread that ties the whole film together is the tiny California Typewriter repair and sales shop in Berkeley.

Anthony Casillo (a typewriter expert and collector in New York) has shared several reasons why he thinks we should use a typewriter:

I am the proud owner of a Brother portable typewriter that belonged to my mother. For many years, it sat to one side of my desk with the keys all clogged up with old oil and dust and a worn out ribbon. But recently, I was able to find a brand new ribbon on Amazon and, following a tutorial online, I gave it a really good clean and a service. It is now in "imperfect" order, enjoying a prominent position in the home where it can be seen, admired - and even occasionally used. The grandchildren are intrigued when they first see it!

For decades, young school leavers would go to secretarial college to learn to type while some could even take typing as a subject in high school. With the arrival of computers, the skill of touch typing seemed to go out of fashion - and yet, with just about the whole of the western world now working on computers, being able to touch type seems more useful than ever. I went to secretarial college in the 1960s and along with typing, learnt another forgotten skill - shorthand. And I find it really helpful every day when I can write emails, blog posts and more using all my fingers without having to look at the keys. I learnt on an old manual typewriter (where you really had to bang those keys) so I certainly do not have a soft touch when using the computer keyboard - but I am fast!

Tom Hanks has the final word when he says: “The truth is, no good typewriter is ever going to be made again.”
It is a sad fact that however nostalgic and appreciative the world may be about the typewriter and however many vintage machines find a place as an object of interest and curiosity in the home, it is highly unlikely that the world's finest writing tool will ever be brought back. Long may we cherish the typewriters that are still around.