What Is Astaxanthin & How Can We Benefit From This Supplement? 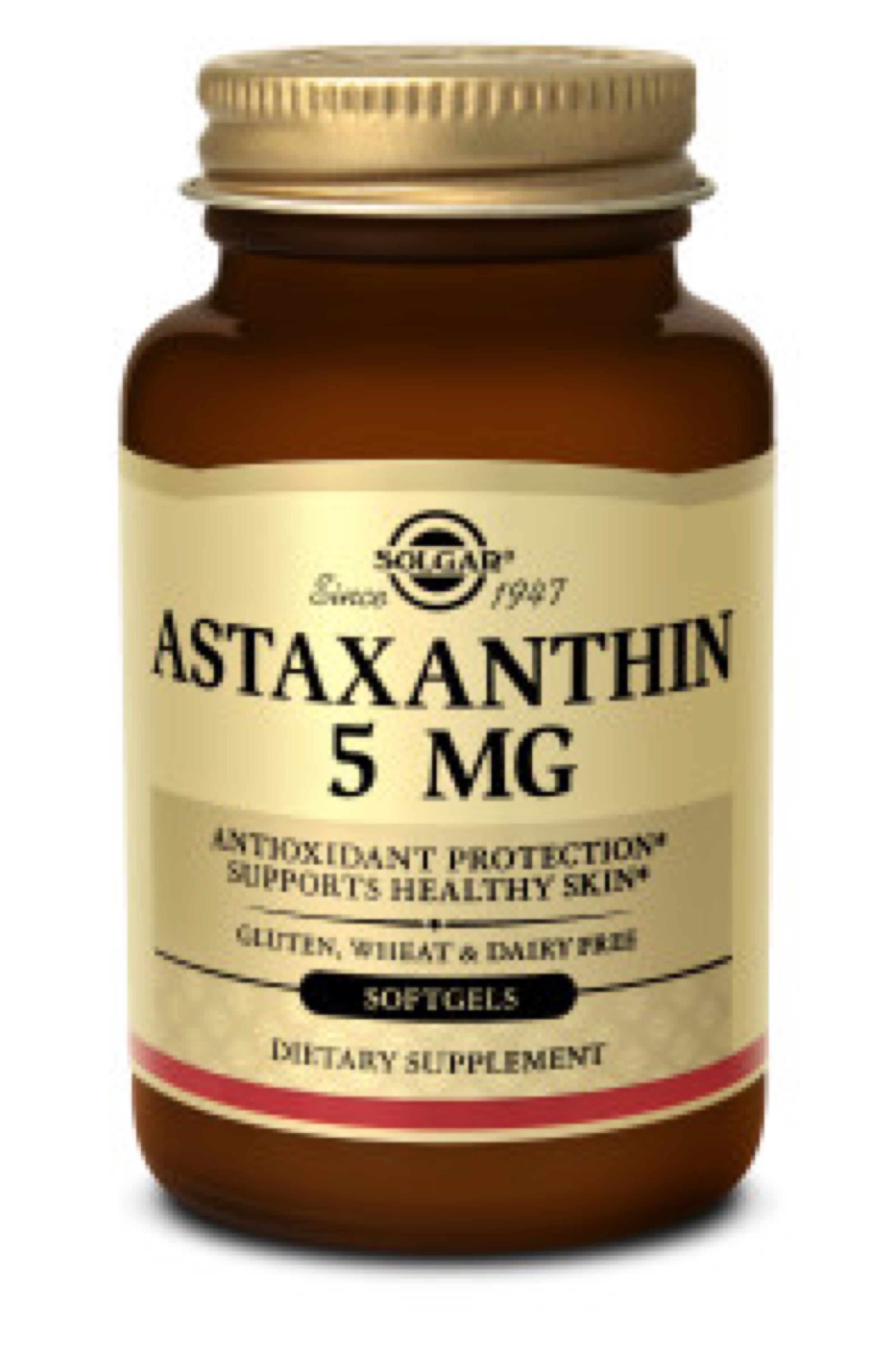 The definition of astaxanthin, according to Wikipedia, is that it is a carotenoid, belonging to a larger class of phytochemicals known as terpenes, which are built from five carbon precursors; isopentenyl diphosphate and dimethylallyl diphosphate.

Information for the rest of us!

But all we really need to know is that astaxanthin has been discovered to have antioxidant properties that are similar to vitamin A so that many have started to take it as a health supplement, available over the counter in various dosage levels. It is taken to replace vitamin A, beta-carotene, lutein and retinol, and considered to be a robust supplement to prevent and fight cancer. A big plus is that astaxanthin will never transform into a harmful pro-oxidant, something that can happen to other antioxidants once they become depleted Astaxanthin occurs naturally, and is found in algae, fish, krill oil, lobsters, crab, crawfish and salmon. If seafood is not high on the list of the food that you eat, you may be deficient in this nutrient – making it one of the reasons for the recent popularity of this supplement. Astaxanthin is particularly recommended for both males and females to use as they grow older – and you can see why just below.

There are 5 main health benefits of astaxanthin

1. Astaxanthin can help relieve pain and inflammation. The modern scourge of inflammation affects many and can lead to so many chronic conditions. Anything that can minimize inflammation is to be welcomed. 2. Astaxanthin supports our eye health being particularly helpful with such eye problems as diabetic retinopathy, macular degeneration, strain and fatigue as well as being able to see the fine print and other detail. 3. Astaxanthin helps fight fatigue. Whether this fatigue is from the aging process or because of over exertion or too much exercise, astaxanthin is a considerable help in the recovery process. Pure natural astaxanthin is often used as a treatment for the recovery of muscles, better endurance, enhanced strength and improved energy levels. Just as an aside, astaxanthin is the reason salmon have the strength and endurance to swim up rivers and waterfalls for days on end. Their diets are high in this pigment where it concentrates in their muscles. 4. Astaxanthin cleans up our cells because of its almost unique antioxdant coverage. 5. Astaxanthin improves our skin by helping and improving skin moisture levels, smoothness, elasticity, fine wrinkles as well as spots or freckles, while at the same time acting as a natural sunscreen and even preventing sunburn.

This is one potent supplement

An advantage of astaxanthin over a vitamin A supplement is that it has a milder chemical make up. For some, there can be a risk associated with taking too much vitamin A because it can produce toxicity in the body. A 2007 study analyzed several popular antioxidants and their antioxidant power, finding astaxanthin to be six thousand times stronger than vitamin C, eight hundred times stronger than CoQ10, five hundred and fifty times stronger than green tea catechins and seventy five times stronger than alpha lipoic acid. It is no mean supplement! The only side effect noted is an orange coloring of the skin at very high dosages, around 50 mg daily. I recently wrote on vitamins and supplements in general and astaxanthin was included. Now you know why! Easily available online or from a reputable heath store, just ensure that your brand of choice has had the necessary precautions taken to harvest your astaxanthin properly, purify it, package it and, of course, protect its potency up to the expiry date. The recommended dosages range from 2 to 12 mg per day, depending of course on your health status and what health condition is being targeted. Sources: http://articles.mercola.com/sites/articles/archive/2012/09/12/dr-robert-corish-on-astaxanthin.aspx http://www.huffingtonpost.com/suzy-cohen-rph/astaxanthin_b_2750910.html