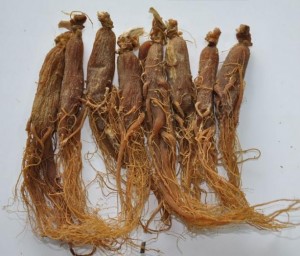 Super herbs and super foods are needed in this modern day to form the basis of a healthy diet and to combat the everyday toxins to which we are invariably exposed. There is a new desire among some of the population to aspire to a healthier lifestyle, combined with nutritional awareness, that is continually growing. You only have to see the growth of health sites on the Internet to know that this is so. Along with this growth in information has come a greater consumption of raw plant foods, super foods and super herbs to enable us to derive nutrition with the minimum of calories and trans-fatty acids. We can only hope that in time this growth will rub off on to those others who consume less healthy and more harmful foods.

Why are super herbs so healthy?

Super herbs are food items with super tonic and adaptogenic properties. If adaptogenic is not familiar to you, it means that adaptogens (as opposed to stimulants) act in nonspecific ways to increase the body’s resistance to physical stress. Most experts agree on the effects of stimulants, but adaptogens are less tested in the West. Nevertheless, experience in other countries has shown that adaptogens are worth considering if you want to improve your athletic performance as well as for other health benefits. Stimulants like caffeine will give the body its energy boost but at the same time might put a heavy strain on the body's adrenal cortex (which regulates stress) by causing it to work harder than normal to produce more energy. But adaptogens actually feed the adrenal cortex the nutrients it needs to produce lasting, stress-resistant energy the way the body was meant to produce it. The super herb we are going to talk about in this post is the Korean Ginseng and it is also an adaptogen. Yes, I know it cannot be the new natural health super herb if it has been used for over 5000 years but it could well be new to you and I!

What I find most interesting about the Korean Ginseng is that it comes from a brown gnarled root about the size of your little finger but which often actually resembles the shape of the human body - so no wonder it is sometimes called “man root” or “root of man”. Asian legends claim that this "man-root" has magical powers for those lucky enough to afford or find it, and the roots bearing the closest resemblance to the human body are still the most valuable ones. Korean ginseng grows on moist, shaded mountainsides in China, Korea and Russia and is a perennial herb that reaches heights of two or more feet, distinguished by its dark green leaves and red clusters of berries. The root of the plant is the part valued for its medicinal properties. Historically, Korean Ginseng has been one of the most expensive of herbs, being in high demand in China and the Far East for centuries. In fact, wars have been fought in Asia over lands where it grew wild. Sadly, wild Korean Ginseng is now nearly extinct from many regions. Single roots of wild plants have been known to reach prices at auction in China and New York City for sums approaching $50,000. Today, most of the world's supply of Korean Ginseng is cultivated by farmers in Korea and China and is considered to be the strongest form of ginseng.

How to use Korean Ginseng

This health booster can be bought in many different forms – powder, liquid, tea or the root itself. The red ginseng is superior to the white. If you are using roots, they should be sliced and boiled in water for up to 45 minutes to extract all the beneficial nutrients, but preferably not in a metal pot so as to protect its antioxidant properties. One to five grams of dry root is the recommended amount for one serving of tea, and best taken between meals. As well as for its antioxidant properties - traditionally, Korean Ginseng is used: As with any super herb, do your own research for the best results for you but at the same time be aware that those who are pregnant or taking MAO inhibitor drugs should not use this herb. Korean Ginseng is very stimulating so it should be taken early in the day. High dosages could make some people jittery so always check with your doctor before taking if you have high blood pressure. In rare cases, postmenopausal women may experience vaginal bleeding due to its mildly estrogenic effect.

There are many research studies attesting to the effective results that can be obtained with using this super herb including physical improvement and performance enhancement for athletes; mental performance improvement and mood enhancement; anti-fatigue and anti-stress actions; lowering blood sugar; anti-cancer; physical and mental improvement in the elderly; and of course impotence. How much more humane to use this super herb for those Eastern seekers of sexual enhancement or as a remedy for impotence than the illegal poaching and barbaric killing of the fast dwindling rhinos in Africa for their horn.