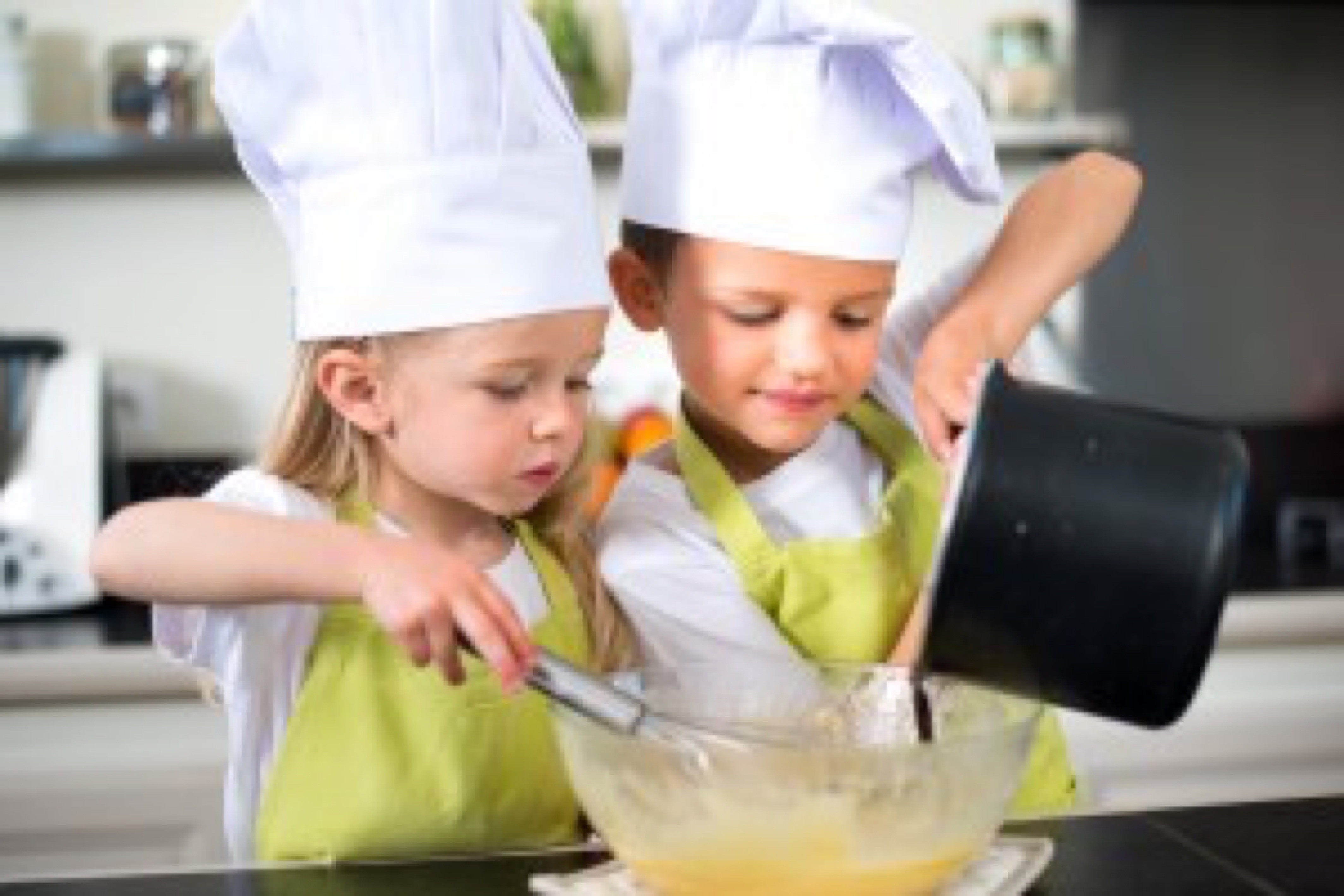 If children are given the chance to have a go at cooking, they really enjoy the opportunity - and if they happen to be picky eaters, they might well learn to become less fussy too.

Learning to cook has become a new after school activity

In some places in the UK, cookery classes are becoming as popular as judo, swimming or ballet and are helping to promote a love of healthy ingredients and an adventurous approach to eating - this is a huge advance in encouraging healthier living. Beverley Glock runs Saturday morning classes for 5 year olds in Buckinghamshire, England, and she says: "It's amazing what children will taste if they've made it themselves". She adds that the aim is for them to try new flavours and give those they normally dislike a second change - when away from their parents. She points out that children of that age often use food as a weapon against their parents but there are no such mind games in a cooking class! Rosie Trotter is another chef who has opened a children's cookery school - this time in London - and she has found that if you put children in charge, it is much easier to get them interested in vegetables. She says: "There is nothing like a bit of peer pressure from the group to get them to taste something new." Chef Heston Blumenthal says: "Cookery is the key to school children becoming more confident, creative and healthy." He believes that instead of taking exams, children should be encouraged to make mistakes. He says: "Learning to cook helps children to question things. it generates curiosity and builds confidence. If we want to get children interested in food, we need to stop the nation's constant pursuit of results and remove this straitjacket of fear of failure." Food education was made compulsory in UK schools in 2014 after the number of pupils studying home economics dropped by a fifth in a decade.

Sowing the seeds of healthy eating in children

We have written before about encouraging children to grow their own food. It is well documented that children who grow fruit and vegetables are far more likely to eat them.

Michael Kelly is the founder of the Grow It Yourself (or GIY) movement and he is convinced that getting children to grow their own food will help them to develop food empathy which will follow them through their lives. He says: "By growing some of their own food, they develop a better understanding of how food works, which is a proven lever to a healthier, happier life." This year alone, GIY will teach more than a quarter of a million primary school children in the UK and Ireland how to grow their own food by sending free growing kits - these include seeds, compost, growing cups and more - to schools.

Improving the eating habits of our children is long overdue

Leading British doctors are now warning that the UK must take much tougher action to tackle childhood obesity, including banning sponsorship of sports events by manufacturers of unhealthy food and drinks, They point out that without such robust measures, the National Health Service will come under “enormous and unsustainable strain” from a condition that already costs it £5 billion a year.

Jamie Oliver mounted a campaign both in the UK and the United States against childhood obesity and poor eating habits several years ago. He says: "We live in a crazy world where 41 million children under the age of five are overweight or obese, while 159 million don’t have enough good food to eat. Obesity is a complex problem, but what’s really terrifying is that it’s a precursor to a whole host of diet-related diseases. For me, it’s junk food marketing, inadequate food education and unregulated sugar in everyday products that are putting the health of future generations at risk. And we can’t ignore the financial impact either – obesity globally costs us an estimated £1.5 trillion a year in health care and lost productivity. But, in our lifetime, I believe we can shift the dial on the obesity epidemic. And in order to realise this, we urgently need a moment of change."

You can support Jamie Oliver's moment of change here.