Taking The Sting Out Of Stinging Nettles | Amoils.com 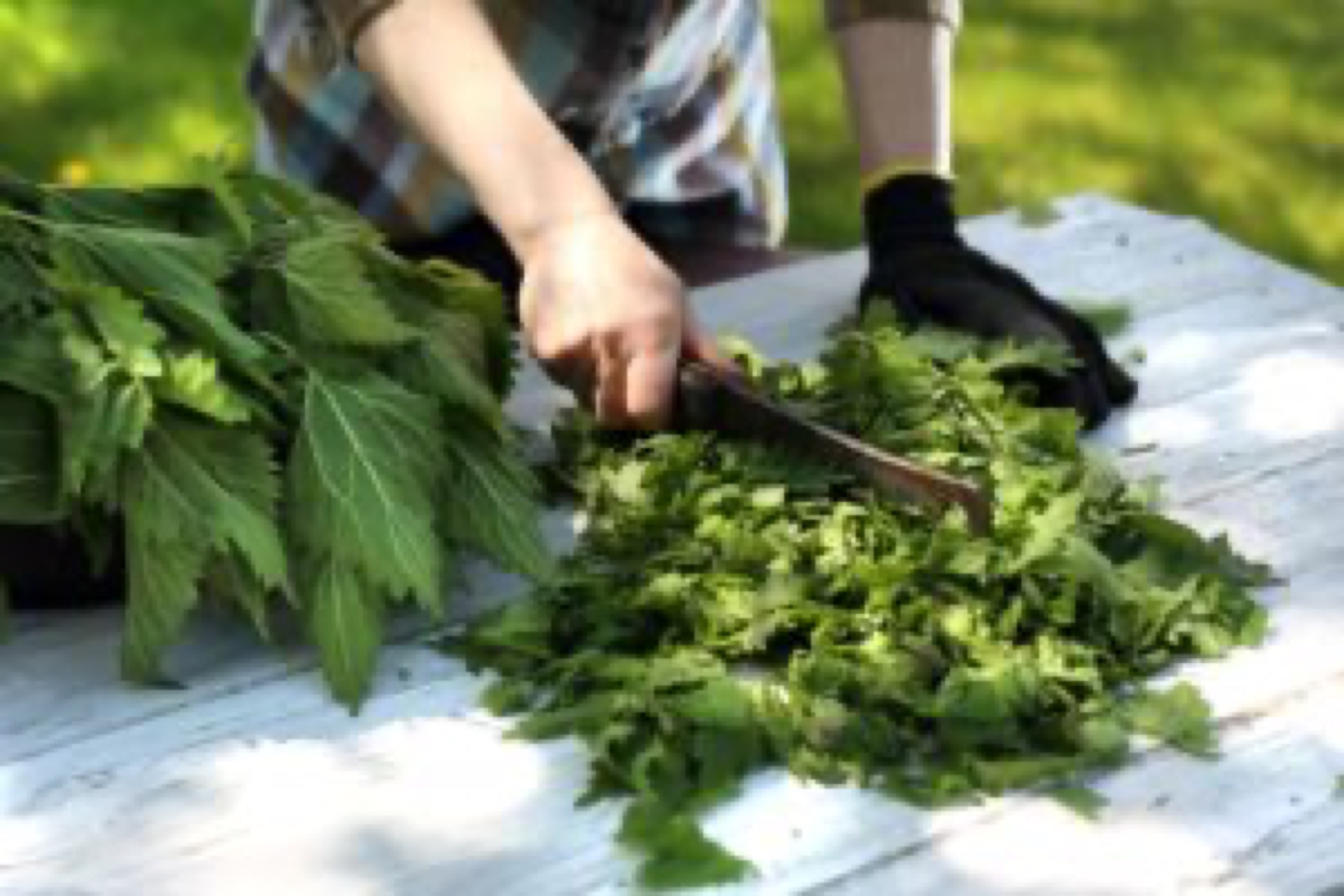 These well known weeds, that always seem to grow to quite a height alongside pathways that you want to walk through, are surprisingly full of healthy benefits. When walking with my grandchildren in the UK, I have had to teach them to hold their hands up high above their heads to avoid being stung by these painful stinging nettles and they soon developed a healthy respect for them.

But you pick a bunch with your bare hands at your peril! If you should get stung, you will always find dock leaves growing close by which you can use as an antidote by rubbing on the affected area. Dock leaves are long, wide leaves that grow from a short stem. Another way to treat the sting is to carry a small spray bottle of vinegar to spray on the skin. The sooner you spray it on the affected area the better it works. This nettle's nasty sting is well concealed behind its lacy leaves, waiting to shoot little poison darts into you if you aren't paying attention. The sting comes from tiny hollow hairs on its stems and on the underside of its leaves. Inside these hairs is a mixture of chemicals including histamine, acetylcholine, serotonin and formic acid. When you touch the hairs, they break and expose sharp points that inject your skin with the toxin. If you get stung, then you will be pretty sure that you have identified this plant as a nettle.

You would need to wear gloves when collecting and handling nettles. Collect them in the spring when the leaves are young and tender. The parts of the nettle most commonly consumed are the leaves and roots, as the stems are quite tough on a mature plant. While you only want to harvest new growth, this is not restricted to young plants in spring time as there will always be new nettles coming up among the older ones so that they can be part of a long summer's diet, starting in early spring and ending with the first frost.

Nettles lose their sting once cooked

Add this edible weed to soups, pastas and other dishes. Fortunately, cooking, steaming or drying the nettles takes the bite out of them. Cooked nettles taste excellent steamed like spinach with just salt, pepper and butter. Nettles can also be steeped as a tea or soak them well to remove stinging chemicals if you want to try them in a salad. You can also make nettle soup - just nettles and water and vegetable stock or a cube. Cut them up fine and boil for a minute or two. It is not recommended to eat nettles every day.

They are an excellent source of protein

Plus they also contain high amounts of vitamins A, B and C as well as calcium, magnesium, potassium and zinc. Each cup of nettles supplies you with 1,790 IUs of vitamin A, which is a three days supply RDA.

Include nettles for these conditions

Arthritis – nettles have been used for centuries to treat this condition where sufferers actually apply the nettles to their affected areas. 85% of people with arthritis who have tried this natural remedy have reported that the pain relief from applying nettles was significant enough to endure the sting and welts caused by the leaves. The relief of arthritis as well as other joint pain and even gout can be effected by the elimination of the ulric acid from the joints. Allergies – another home remedy is for combating hay fever. Used as tea or cooked and eaten like spinach, anti-inflammatory compounds and flavonoids found in this weed reduce the amount of histamine produced in an allergic response, meaning you’ll sneeze and itch a lot less than normal. Anemia and fatigue – including nettles in your diet can help to treat these conditions due to nettle's high iron and chlorophyll content. Stinging nettles are also a diuretic so drunk as a tea, they can be used in cleansing and detox diets.

Don't limit your search to nettles

A friend of mine in the USA who loves to gather wild plants for the pot thoroughly recommends the book STALKING THE WILD ASPARAGUS by Euell Gibbons as an excellent guide to finding edible plants in the wild.