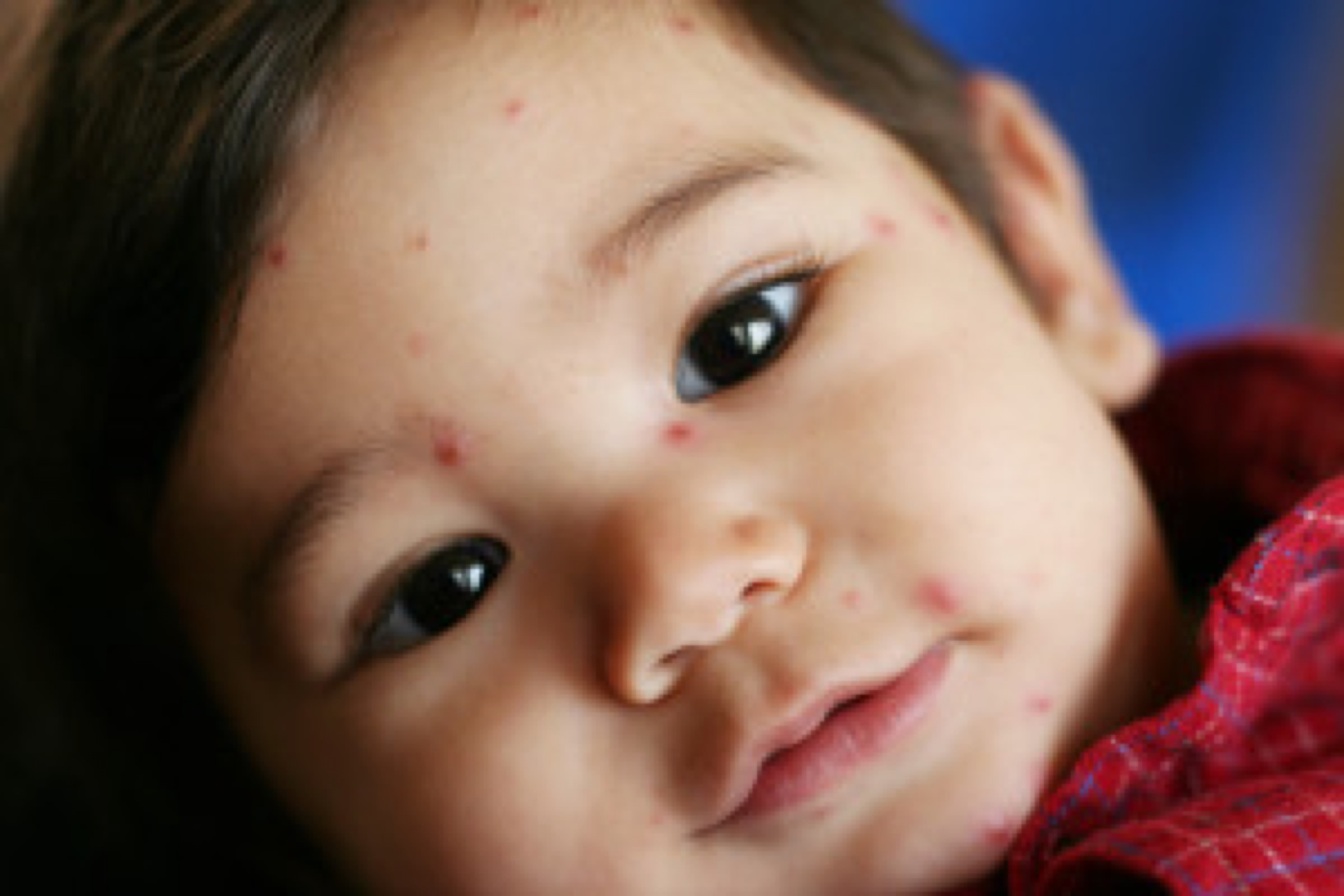 It is peak season for chickenpox – that highly-contagious, blistering virus which for most children is unpleasant.

Chicken pox is a great example of natural immunity

In the past, every child would get chicken pox – it was an expected childhood illness – and most would get over it very quickly. At the same time, parents and grandparents would be regularly exposed to the virus which would help them to produce antibodies to protect them from shingles (all in the same virus family). Now shingles is on the increase in the US because of the chicken pox vaccine – grandparents are not getting that exposure. So of course what do the vaccine companies do? They produce a vaccine for shingles. Every action has a re-action. And every vaccine and medication given will have a consequence, but we often do not know what it will be until a later date. After getting chickenpox, as you age, contact with those who carry the virus asymptomatically fortifies your natural immunity against the infection and, consequently, shingles. Unfortunately, the advent of the varicella vaccine in the USA has disrupted this natural process. Although cases of chickenpox have declined, shingles rates have actually increased.

What the NHS decided in the UK

The National Health Service in the UK decided against bringing in the chickenpox vaccine because of the risk to its elderly population from shingles. Once a person has had chickenpox, every time they come into contact with an infected child their body's defence system receives a boost to the immune system, building up resistance against shingles. The NHS were also concerned about the cost and even resistance from concerned parents about introducing yet another injection into the childhood immunizations schedule in the UK. You may not know that this schedule is considerably less than the 49 doses of 14 different vaccines given to USA children before the age of 6 years.

Now interestingly, a University of London research team has found chickenpox is less common in regions with high UV levels. They report that sunlight may inactivate viruses on the skin, making it harder to pass on. UV light has long been known to inactivate viruses, and lead researcher, Dr Phil Rice, believes that this holds the key as to why chickenpox is less common and less easily passed from person to person in tropical countries. It could also help explain why chickenpox is more common in the colder seasons in northern hemisphere countries, such as the UK and the USA, when there is less and even very little exposure to sunlight. At the same time, another researcher, Professor Judy Breuer from University College London, said that while UV could well be contributing to the differences in the prevalence of chickenpox between tropical and temperate regions, there were other factors which needed to be considered. She pointed out that lots of things (aside from UV) could affect it - heat, humidity and social factors such as overcrowding. She says: “It's quite possible that UV is having an effect, but we don't have any firm evidence showing the extent this is happening." Such a link between sunlight and the likelihood of spreading the virus makes it more important than ever for vulnerable older people to boost their immune systems to avoid shingles by ensuring high vitamin D levels through appropriate sun exposure and supplementation in cold weather.

The varicella-zoster virus that causes chickenpox is highly contagious. While it can be spread through coughs and sneezes in the early stages of the infection, the main source is contact with the trademark rash of blisters and spots. Chickenpox is not referred to in medical literature prior to the 17th Century but it is thought to be an ancient condition whose name springs from the fact that the blisters resemble chick peas. While cases of chickenpox are not recorded in the UK, it is estimated that they number about 600,000 a year so that by the age of 12 some 90% of children will have had it. There is speculation that it may be rising among the very young as increasing numbers attend day care nurseries where they are more likely to pick up infections.

The case for chickenpox immunization

Those parents who have healthy children are often happy for them to catch chickenpox so that they have lifelong immunity and even help adults (who have previously had the pox) to build up their own antibodies against shingles. However, the condition can be more worrying in children whose immune systems are compromised – such as those those with leukaemia. Half of these children can develop complications with chickenpox. Pregnant mothers, who have not had chickenpox as children and then develop it, can (in extreme cases) put their unborn babies at risk of fetal deformities.

Shingles and the grandparents

Unfortunately shingles is not uncommon in the elderly. It can be a very serious and painful condition, causing long term excruciating discomfort to some of the elderly. Shingles should always be treated as quickly as possible and our own natural H-Shingles Formula is a breakthrough FDA Listed product that is applied topically to provide relief immediately. Using established homeopathic ingredients, the product helps treat shingles and post herpetic neuralgia symptoms on contact, relieving the rash, pain and discomfort as quickly as possible without any irritation or scarring. Exposure to the chickenpox virus is like getting a shingles vaccine shot – but without the concerns, toxins and side effects that can come with any vaccine. 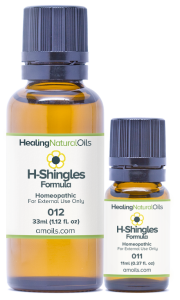