What is Ragwort (or Tansy Ragwort) and is it a Helpful or Harmful Plant? 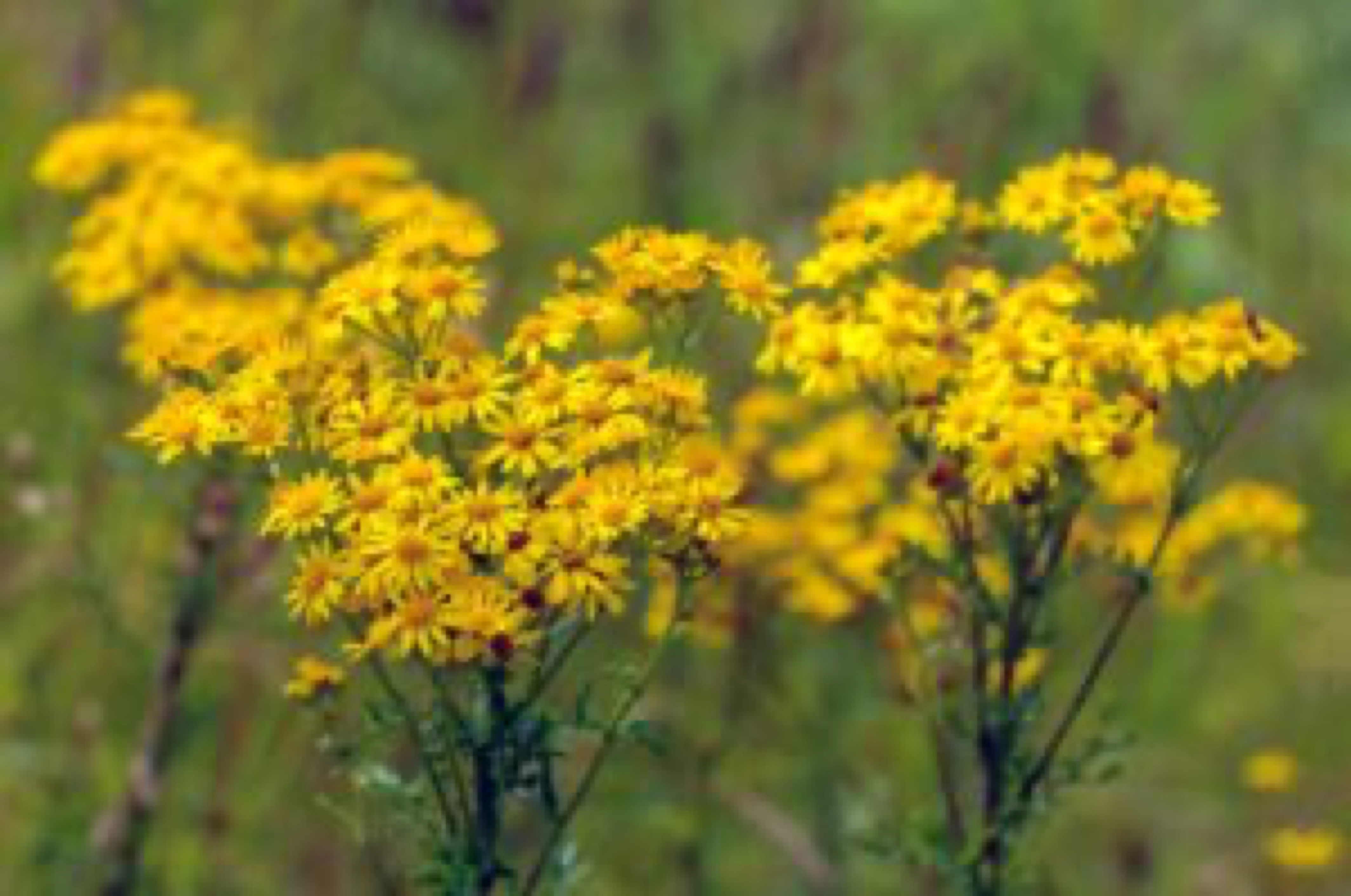 Like many debates today, the story of Ragwort has two sides.
Common ragwort (Senecio jacobaea) is a poisonous plant that is becoming increasingly common in the UK, seen regularly growing along roadsides, on wasteground and in areas of poor land management.
Unfortunately, ragwort can spread into fields and farmland.
While ragwort is a wild flower native to Eurasia, it is now found throughout the world including parts of the USA where it is generally known as tansy ragwort, or tansyweed. Ragwort is unrelated to the true tansy and any resemblance is superficial. Flowering ragwort can be identified between May and October by its mass of bright sunshine yellow daisy-like flowers. A mature plant can grow as tall as 6 feet high. It is harder to identify young plants and those gone to seed.
To some people, ragwort is a poison while to others it is a help to wildlife.

What are the problems with ragwort?

Horses, ponies, donkeys and mules as well as cattle are more at risk from ragwort poisoning than other livestock; with young animals being more in danger. Poisoning can occur at any time of the year, generally having a cumulative effect. A very small intake over a long period of time can be just as damaging as a large intake over a short period. Over time, liver cells are destroyed resulting in liver failure. Such damage may go unnoticed for months or years before being detected.
Despite its bitter taste, the animals will eat ragwort especially during times of sparsity, overstocking or poor land management. Ragwort can be caught up in hay or dried grass when it can be difficult to spot. Ideally, ragwort should be removed during spring and summer before it has the chance to seed. Horse lovers in the UK are adamant about the dangers of ragwort to their animals and constantly publicize such dangers. 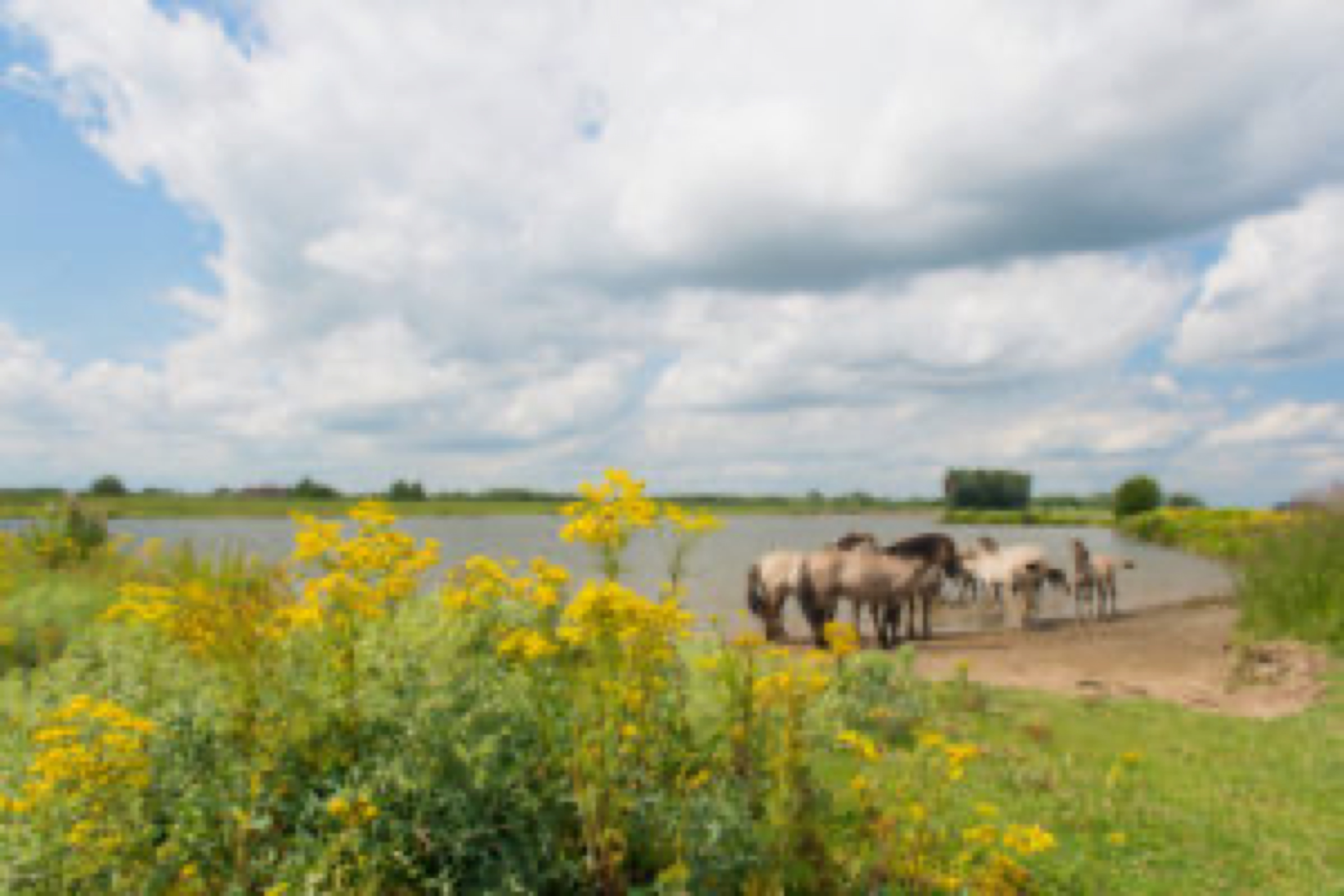 What are the clinical signs of ragwort poisoning?

Symptoms first seen may include: Progressing to more terminal signs include: A blood sample can be taken to confirm liver failure.

What are the helpful things about ragwort?

It is not all doom and gloom. The National Trust confirm that they take a balanced view and recognise that, while ragwort does need controlling, it certainly should not be eradicated.
The National Trust has this to say:
“As a native plant, it is protected by the Wildlife and Countryside Act (1981) which makes it illegal to uproot Ragwort without proper cause.
With the decline in flowering plant diversity in the countryside, ragwort has assumed an increasing importance as a source of food for generalist nectar feeding insects in the late summer. Ragwort is the food plant of at least 77 species of foliage eating insects, including five “Red Data Book” and eight “nationally scarce” species. The most well-known is the cinnabar moth (Tyria jacobaea).  At least 30 species of insects are linked to ragworts, the great majority of which are confined to Common Ragwort or the closely related Hoary Ragwort.
Many species of insects may be seen on ragwort flowers. Some use them as territory markers or as vantage points to find passing prey or mates. Some species prey on the other insect visitors to the flowers, some are more closely associated with the ragwort flowers, taking ragwort pollen, and more than 170 species have been recorded feeding on ragwort nectar. In late summer, if you take the time to look closely at a head of ragwort flowers, you will see it tremble and hear it buzz with the activity of the life it is supporting.
Such an important source of insects is exploited by birds and mammals, thereby benefiting the wider ecosystem.”