Juicy Watermelons Are Perfect For Any Time Of The Year | Amoils.com 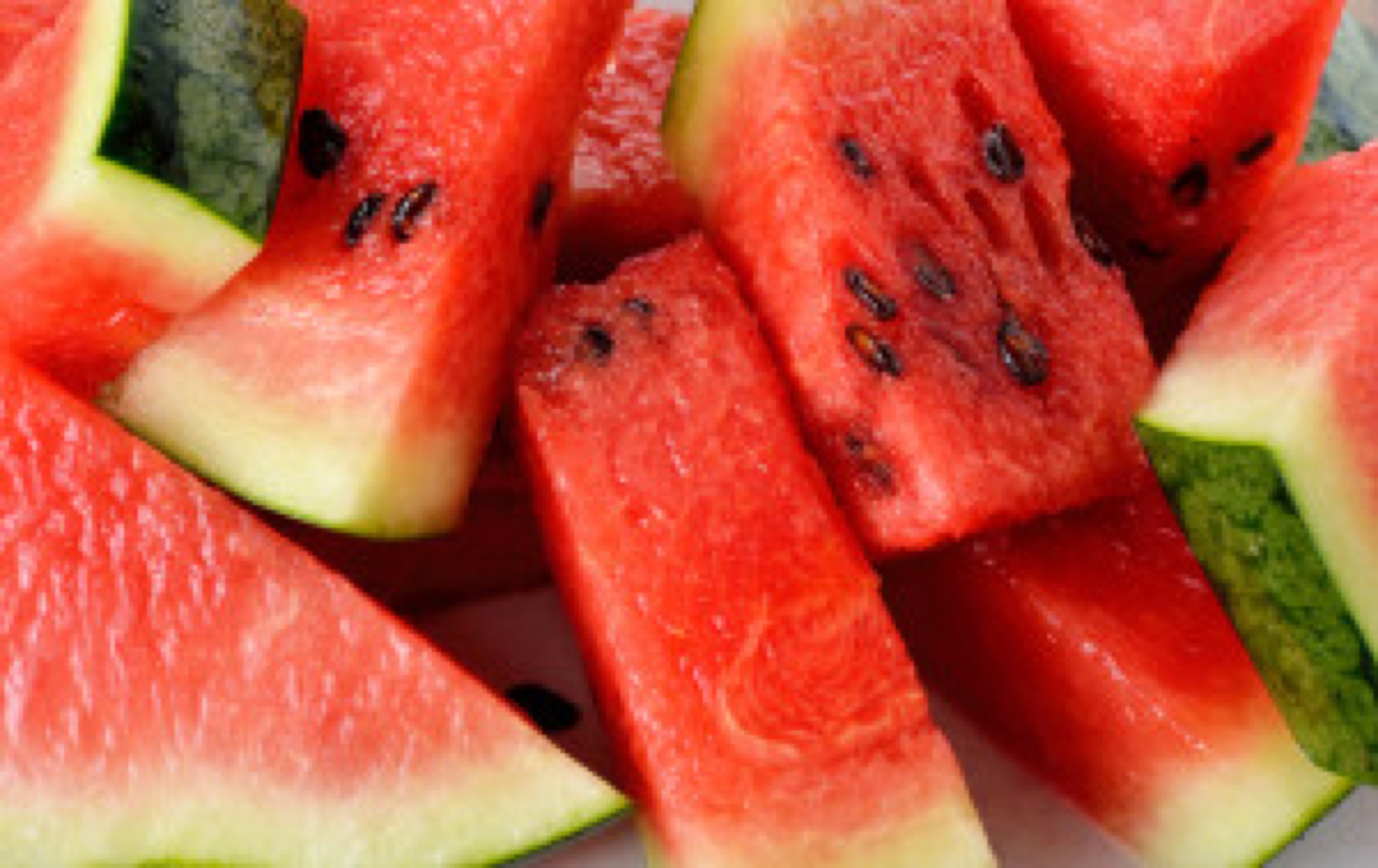 If you are working out at the gym, a large slice of watermelon afterwards is so much better and safer than an energy drink. Its high water quantity hydrates us while energy drinks filled with caffeine actually dehydrate us.

I don't think there can be many in this world who do not enjoy the taste of watermelon – it is the ultimate thirst quencher. Because watermelon has a higher water content and lower calorie content than many other fruits (a whole cup of watermelon contains only 48 calories), it delivers more nutrients per calorie - an additional and outstanding health benefit!

Watermelons are cooling too!

Although we tend to think of watermelons as a summer fruit, it is now possible to buy them throughout the year. Watermelon is especially important in hot weather because it is rich in electrolytes sodium and potassium that we lose when we sweat. Watermelon has a special cooling effect being exceptionally high in citruline, an amino acid which our bodies use to make another amino acid, arginine, which in turn is used in the urea cycle to remove ammonia.

Watermelon has many other health benefits

The history of the watermelon

Watermelons were first cultivated in Egypt - being highly sought after because of their high 92% water content and Egypt being a land of heat, deserts and too little water. They were brought to China around the 10th century and then to the Western Hemisphere shortly after the discovery of the New World. Today the leading commercial growers of watermelon include Russia, China, Turkey, Iran and the United States. As a member of the Cucurbitaceae family, the watermelon is related to the cantaloupe, squash and pumpkin - other plants that also grow on vines on the ground. Watermelons can be round, oblong or spherical in shape and feature thick green rinds that are often spotted or striped. They range in size from just a few pounds to up to ninety pounds. The season for harvesting watermelon is in the summer when they are sweet and of the best quality.

How to choose a watermelon

Look for one that is heavy for its size with a rind that is relatively smooth but not too shiny nor too dull. One side of the melon should have an area that is distinct in color from the rest of the rind, displaying a yellowish or creamy tone. This is the underbelly where it rested on the ground during ripening, and if the fruit does not have this marking, it may have been harvested too early and affect its taste, texture and juiciness. So look out for this interesting detail. A fully ripened watermelon will have the highest level of antioxidants and therefore the most benefits for your health. Regular consumption of both green tea and foods rich in lycopene such as watermelon gives a strong synergy to protect the body against so many diseases.

Recipes for achieving this include

Try to enjoy watermelon as often as you can for both its taste and its health benefits.