This Facial Condition Could be Linked to Tiny Bugs Living in the Skin | Amoils.com 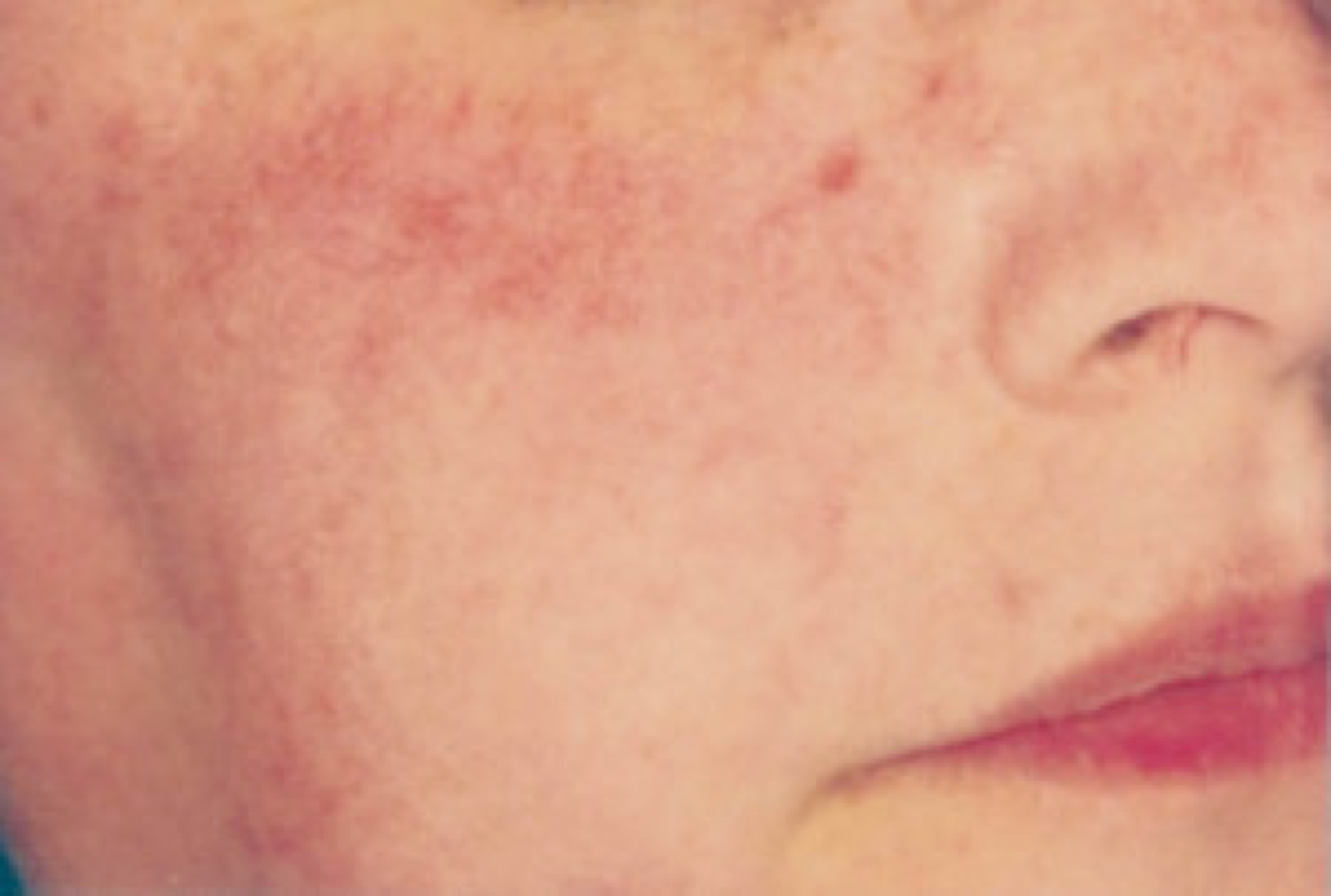 I am not sure whether those who suffer from rosacea are going to be pleased or horrified to hear of a theory about what might be behind rosacea outbreaks and which has recently been put forward by researchers at the National University of Ireland.

The cause could be tiny mites living, copulating, reproducing and dying in the skin

Many of us have these tiny bugs known as demodex mites (closely related to spiders) living in the pores of our faces but those with rosacea have 10 times as many. The head of the research team, Kevin Kavanagh, says that Demodex mites live on the skin of 20% to 80% of adults but are invisible to the naked eye. Until the recent research, it was thought that the mites lived harmlessly, feeding off the oily sebum that coats the skin. However, the team have now discovered that changes in the skin brought on by age, stress, or illness can allow their population to swell. It is these changes in the sebum that provide better food for the mites. The mites are unable to get rid of waste products, especially feces, so their abdomen keeps on growing. When they die and decompose, all their feces are released at the same time in the pore. With so many mites in the skin, this can be enough to trigger an outbreak because a bacteria that accumulate in the feces, known as Bacillus oleronius, is then released and triggers an immune reaction in the skin that leads to inflammation and tissue damage. The greater the number of mites, the worse the rosacea flare-up is. It is the bacteria that is harmful and not the mites themselves.

Medications to improve the rosacea

Rosacea often improves with antibacterial drugs that don't affect the mites, such as tetracyclines, but do react on the bacteria. In the same way, treatment with a natural product using essential oils is also a successful way of dealing with rosacea. It is well known that essential oils comprise a long list of healing properties, including anti-bacterial. Rosacea is an inflammatory skin condition characterized by redness on the face with pimple-like eruptions or pustules. It may flare up for a period of time and then diminish and often the nose is most affected.

There are four stages of rosacea

The first stage is PRE-ROSACEA where the main symptom is frequent flushing that can affect the forehead, nose, cheeks and chin. The skin can become so sensitive that a burning sensation may occur when cosmetics or creams are applied. The face may even become swollen. Triggers are a strong factor and while these vary from person to person they can be emotional, chemical, environmental or even food related. In time the tendency to flush or blush easily will progress to a more persistent redness in the central portion of the face, particularly the nose. This redness results from the dilation of blood vessels close to your skin’s surface. By this stage, many will start to feel self conscious so you can add depression, low self-esteem and embarrassment to the problem. The second stage is VASCULAR ROSACEA when small blood vessels on the nose and cheeks swell and become visible, showing through the skin as small red lines. The skin will feel warm and look puffy. The skin may become even more sensitive and the rosacea can be accompanied by oily skin and dandruff. Flushing and redness become persistent and then permanent. The third stage is INFLAMMATORY ROSACEA where in addition to the persistent redness, small, red bumps or even bumps containing pus may appear and persist. Nodules in the skin may become painful. This can spread across the nose, cheeks, forehead and chin. In severe and rare cases, the oil glands or sebaceous glands in the nose, and even sometimes the cheeks, become enlarged resulting in a build up of tissue on and around the nose. This complication is more likely in men. The final stage is OCULAR ROSACEA which can be classed as a serious condition that needs to be brought quickly under control as in severe cases, it could lead to the loss of vision. The symptoms (in conjunction with rosacea) are irritation in the eyes, light sensitivity, a decrease in visual ability and an obvious inflammation of the lids or conjunctivitis.

How to lessen rosacea outbreaks

How common is this condition?

Rosacea is surprisingly common affecting some 45 million people worldwide including former President Bill Clinton, the late Princess Diana and her son Prince Harry, actresses Renee Zellweger, Cameron Diaz and many more. In the USA, the number of sufferers is a high 20 million. This skin condition is more likely in fair skinned people aged between 30 and 60 - especially women.