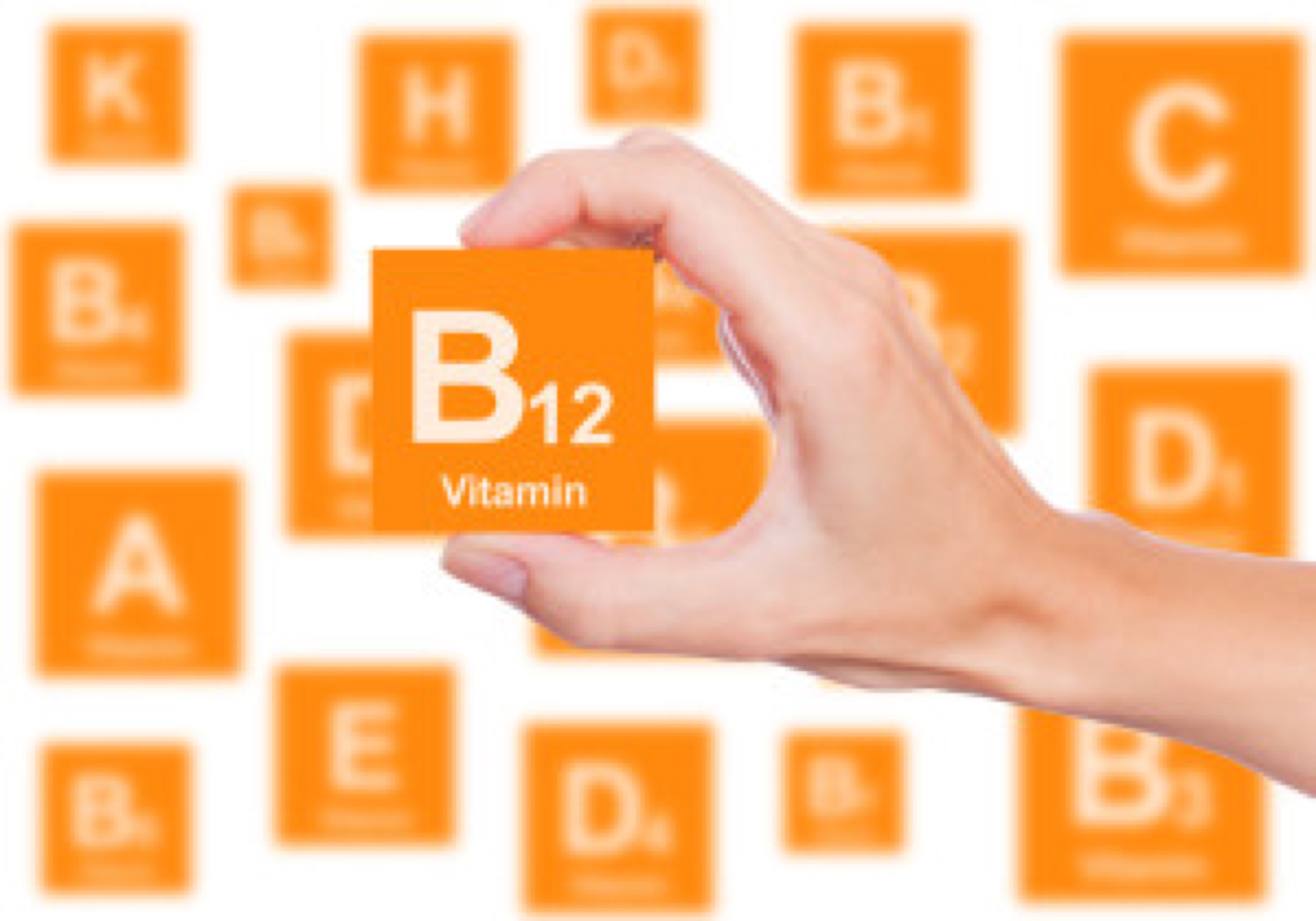 Vitamin B12 is a water-soluble vitamin that is often known as our “memory-boosting, brain health” nutrient. But that is not all, we also need sufficient levels of B12 to... 1. Convert carbohydrates into the glucose used by the body for energy. 2. Prevent the brain shrinkage - a hallmark of Alzheimer’s disease. 3. Regulate the nervous system for a reduction in depression and anxiety. 4. Spark cellular reproduction to renew the health of hair, skin and nails. 5. Work with vitamin B9 (also known as folate) to make DNA and red blood cells. In addition, B12 assists in the formation and maintenance of the myelin sheath – the protective layer that safeguards brain and nervous system signals.

How common is vitamin B12 deficiency?

It is common and it is also rarely detected. And just as in the case of Vitamin D deficiency, the cut off range for B12 deficiency is too low so that even reported figures can be inaccurate. Normal ranges of B12 are 200 to 1100 pg/ml. Studies carried out by Tufts University, Boston, found that just short of 40% of people between the ages of 26 and 83 had B12 levels low enough to experience neurological symptoms such as brain fog and memory loss. Even just a slight deficiency can lead to anemia, fatigue or depression.

How do we know if we could be vitamin B12 deficient?

There are many symptoms

How do we get a definite diagnosis of vitamin B12 deficiency?

You can request the following blood tests from your doctor:

Vitamin B12 deficiency may also occur if you have certain conditions

These include: Popular drugs to treat acid reflux can take an unsuspected toll on your health too - long-term use is associated with increased risk for vitamin B12 deficiency.

What is the remedy for vitamin B12 deficiency?

Vitamin B12 cannot be manufactured by humans – we need to source our supply from animal proteins or fortified food products. Hydrochloric acid in the stomach sets free the vitamin B12 from animal proteins. But it also needs an adequate supply of “intrinsic factor” which is a protein found in the stomach. Unfortunately, both stomach acid and intrinsic factor levels decrease with age so that in time only some 1% of B12 gets absorbed from food, unlike vitamin C and magnesium which are readily absorbed and utilized by the body.

Vitamin B12 deficiency can occur and go undetected for several years

Vitamin B12 is found in natural products as fish, poultry, meat and dairy – cheese, yogurt, cow's milk, eggs; fish, oysters, cod; chicken, lamb, beef and liver from these last two. The consumption of these products is the original method by which human beings have taken vitamin B12 into their systems – and of course we hardly need to tell you that such products should be organic, free range or grass fed. People who consume foods rich in vitamin B12 could be at lower risk of developing Alzheimer's disease.

We often turn to supplements when needed but, unfortunately, an oral vitamin B12 supplement can be poorly absorbed because of its large size. Injections or a sublingual (under your tongue) spray work far better, as they allow the large B12 molecule to be absorbed directly into your blood stream. But a word of warning about vitamin B12 in the cyanocobalamin form (which is on most drug store shelves) as this is the least effective but the one most people will often buy -because it's the cheapest.     Sources: http://www.justnaturallyhealthy.com/fb-articles/137-everything-you-need-to-know-about-vitamin-b12-deficiency https://www.healthdigezt.com/importance-of-vitamin-b12-that-you-must-know/ http://www.liveinthenow.com/article/6-reasons-you-need-a-lot-more-vitamin-b12-than-you-think-you-do