Are There Advantages for Males in Having a Hot Bath? 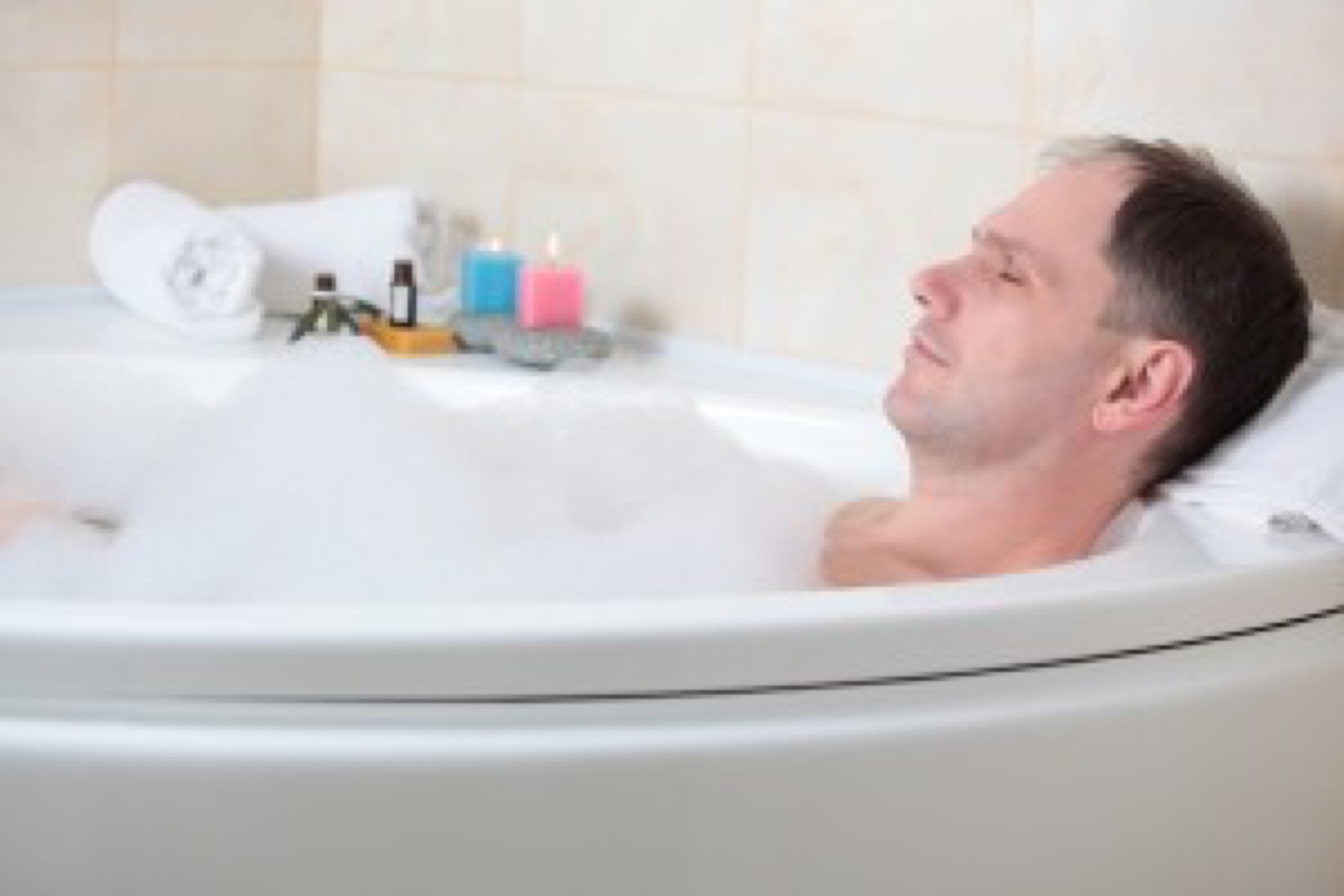 I would guess that most men rarely consider having a bath, preferring instead to take that daily shower. But now new research by Dr Steve Faulkner (research associate in exercise physiology at Loughborough University) has revealed the benefits of passive heating from having a hot bath - including how it can be as good for you as exercise. Passive heating is the complete opposite of getting hot and sweaty from regular exercise.

The research involved assigning 14 men to an hour long soak in a hot bath (40 degrees centigrade) or an hour of cycling. The activities were designed to cause a 1 degree centigrade rise in core body temperature over the hour.

Who would have imagined that having a hot bath meant you could burn calories and improve your blood sugar levels? Dr Faulkner confirmed that the body's anti-inflammatory response to exercise was important as it helped to protect against infection and illness. At the same time, chronic inflammation is associated with a reduced ability to fight disease. He says: "Our study showed that hot baths result in similar inflammatory responses to those following exercise; This suggests that repeated passive heating of our bodies may contribute to reducing that chronic inflammation often present with long term diseases such as type 2 diabetes." Saunas are another form of passive heating and research from Finland in 2015 has suggested that frequent saunas can reduce the risk of heart attacks and strokes in men. Passive heating and improved cardiovascular function gained additional support when the University of Oregon published their own study in 2016 to show that regular hot baths lowered blood pressure, finding that passive heating raised levels of nitric oxide - a molecule that dilates blood vessels and reduces blood pressure. Further studies suggest that one of the key regulators of blood sugar control may be heat-shock proteins which are molecules that are made by all cells of the human body in response to stresses. Their levels rise following exercise and passive heating meaning that, in the long term, raised levels of these proteins may help the function of insulin and improve blood-sugar control.

Another advantage for passive heating

There are many reasons why some people are unable to exercise. They could be confined to bed for long periods or seriously disabled. They would definitely benefit from the passive heating through soaking in a hot bath or enjoying a sauna. While it is usually considered that a shower is a "wake-up invigorating tool" to start the day and a bath is a "slowing down, relaxing way" to finish the day at bedtime, this new information may change your mind on your own preferences on the subject of showers versus baths!   Source: TheConversation.com