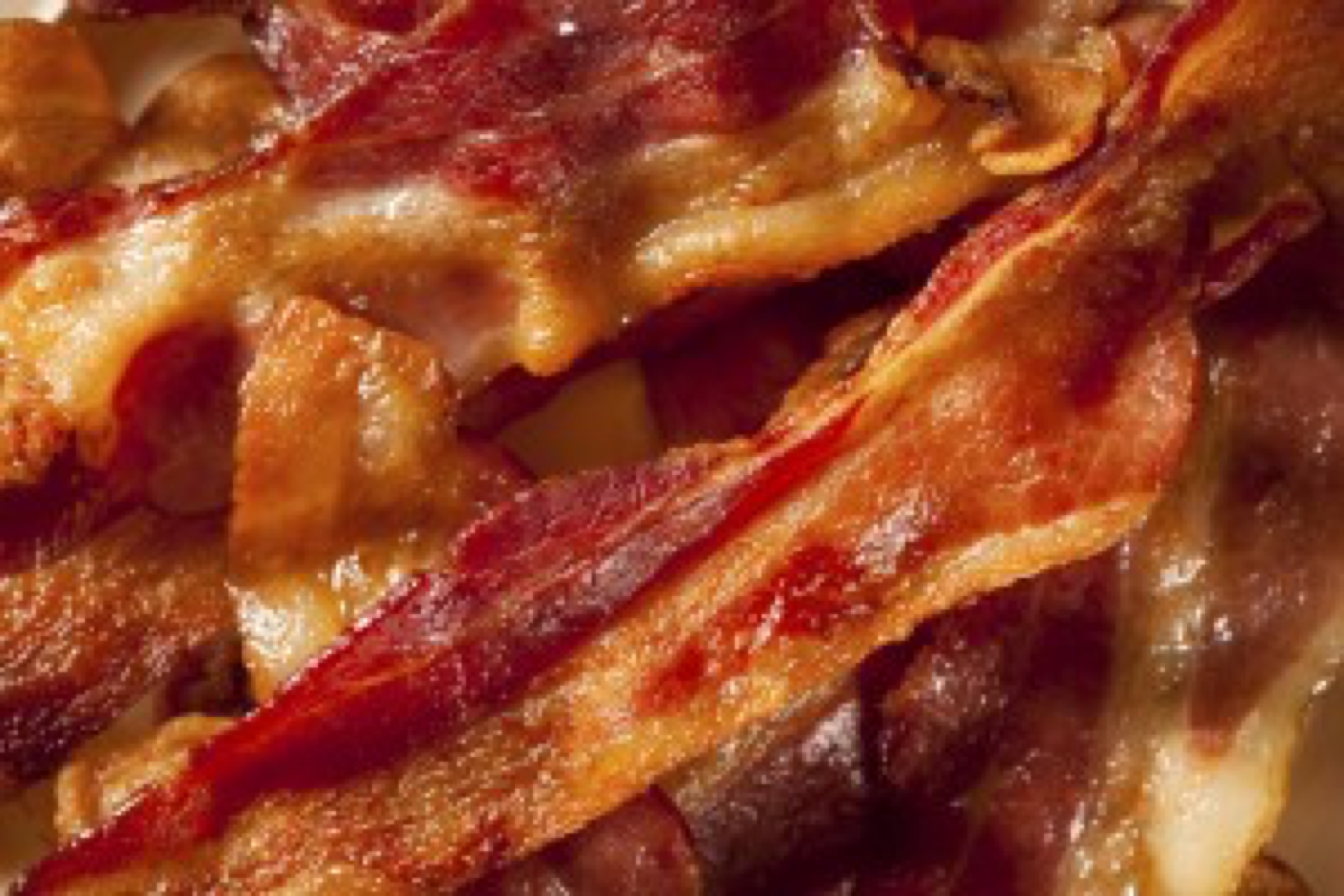 It is said that you can sometimes persuade a vegetarian to fall off the wagon by assailing their nostrils with the smell of bacon cooking! Few people can resist bacon and we are often told that it is an unhealthy food choice but this could of course depend on what type of bacon you choose. If you go for the cheapest cuts from factory farm pigs that are kept confined in crates for the whole of their lives, you are not helping to improve either the pig's living conditions nor the meat itself. In natural conditions, pigs are highly active - busy most of their day rooting, foraging and exploring. Such activities are impossible for factory farmed pigs.

More important than ever to choose free range/pastured pork

When curing bacon, the flavor can vary quite a bit from producer to producer as a result of the ingredients of the cure; the way it was smoked or cured; the timing; as well as the age, gender and breed of the pig. The time the pig spent outdoors and the food it foraged all play a part in the flavor too.

Are there advantages to eating bacon?

There are two old fashioned ways of preparing bacon

One is dry curing through hand rubbing with a mixture of herbs, sugars, salt, and the sodium nitrite curing salts. Vitamin C in the mix helps form the nitrosylheme pigment that gives cured meats their wonderful red color, and helps ensure nitrites convert to healthy nitric oxide and not carcinogenic nitrosamines. The length of time spent for curing is important too, as any extended curing time intensifies the pork flavor while shrinking the meat so that the bacon is less likely to shrivel and splatter when it is cooked. The other is how an friend of mine (who raises free range pigs in Maine) prepares her meat by curing in brine in the fall when the weather cools. The bacon takes about 2 weeks while the hams 3 weeks or more. She smokes with green apple wood (from her orchard) for a long time at a low temp. She says that a 5 to 6 gallon crock is needed for 25 lbs of meat. She boils 2 gallons water to which 2 cups of brown sugar and 3 cups fine (kosher) salt have been added. A quart of cool water may be added if needed before submerging the meat in the brine, ensuring the meat stays beneath the brine by using a plate topped by a clean scrubbed rock or a mason jar filled with water!

Bacon should be cooked well enough to kill potential pathogens, but not so much that it gets burnt

Finally, why do so many health experts condemn bacon because of their nitrite content?

There is now new thinking about sodium nitrate

Sodium nitrate is a type of salt and an effective food preservative. Apparently this naturally occurring mineral is present in loads of veggies including carrots, celery and spinach as well as many fruits and grains with anything growing from the ground being able to draw sodium nitrate out of the soil. When sodium nitrate is used for curing, it is converted to sodium nitrite – notice the difference – but the same conversion also happens with our digestive system when we eat fruits, veggies or grains. Even our saliva contains far more nitrites than anything you could ever eat. You can find out more about the subject of nitrites here. Unless you are vegetarian, or cannot eat pork because of religious reasons, do go ahead and enjoy your bacon at least once a week! I do...   Sources: http://articles.mercola.com/sites/articles/archive/2013/01/03/eating-bacon.aspx http://authoritynutrition.com/is-bacon-bad-or-good/