Teething Egg - Does An Egg In An Old Sock Actually Work For Teething? 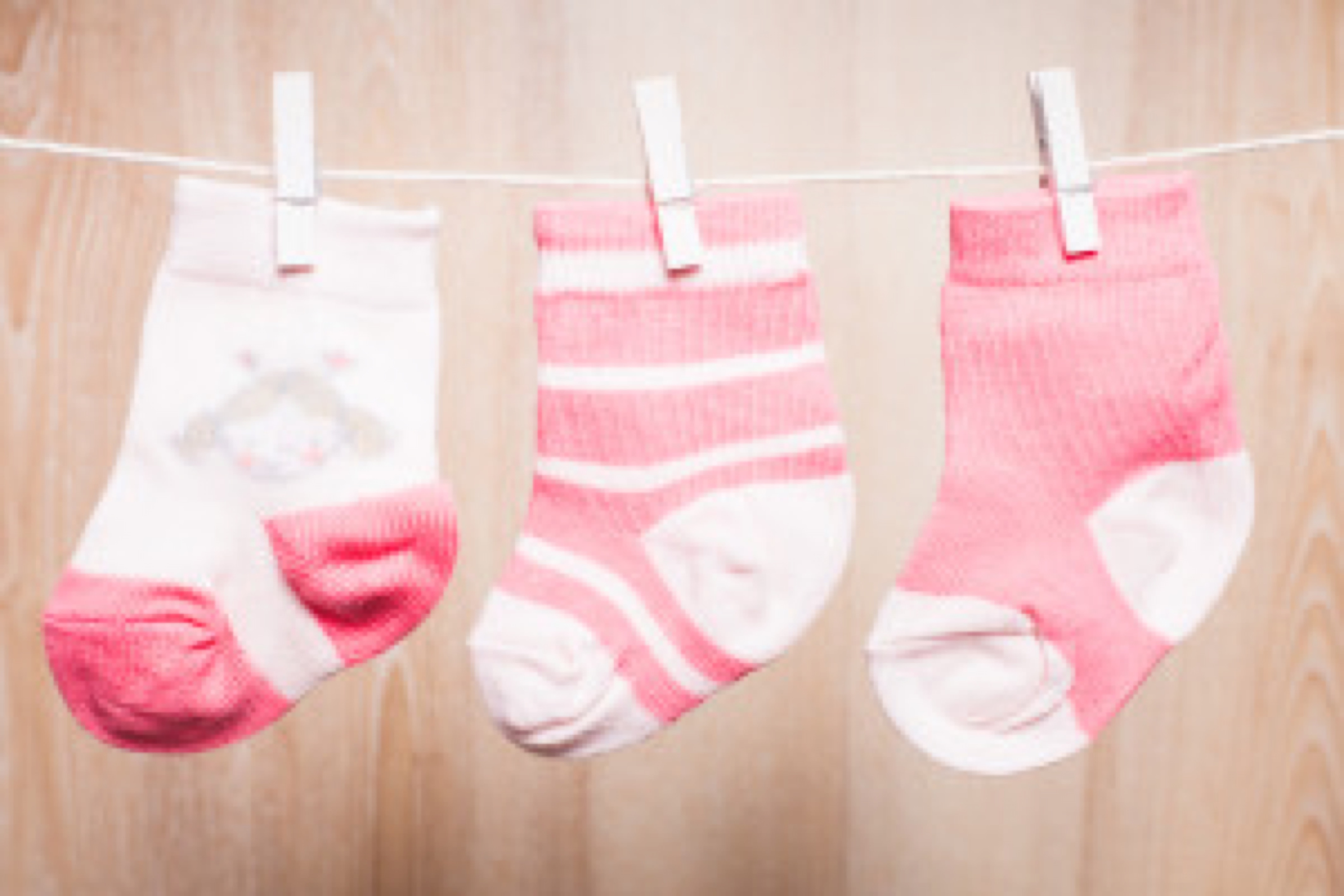 Old wives were renowned for all types of tales but many were those for parents (and of course mostly mothers) who were looking after their babies - especially when it applied to teething remedies. In fact, many natural teething remedies have been around for thousands of years. One of the strangest tales you can be told is that involving a raw egg (still in its shell) and a used sock belonging to the baby who is suffering from the teething pain and discomfort. If you wish to follow this old wives’ advice, you place the egg in the baby’s used and unwashed sock and you hang it in the bedroom or the closet where the baby sleeps. Strange as it may sound, and while there is neither scientific nor medical evidence to support the idea, thousands of parents are convinced that the method works when they try it.

Is it a placebo or is there more?

Its success could be because of the placebo effect - or there is one explanation I have found. It is to do with the absorption powers of an egg. Apparently, an egg shell can absorb up to seven times its own weight in carbon dioxide. Could it be possible that, as extra carbon dioxide is absorbed, the oxygen levels in the room rise – leading to teething relief? The egg in an old sock could well be the remedy you are seeking to alleviate your own young child’s pain and discomfort. But there are plenty of other remedies available too. New parents will soon learn to recognize the signs of teething but here is a reminder…

Some of those signs of teething

The Teething Egg - A product designed for safe teething relief, using a modern twist on the old wives tale. 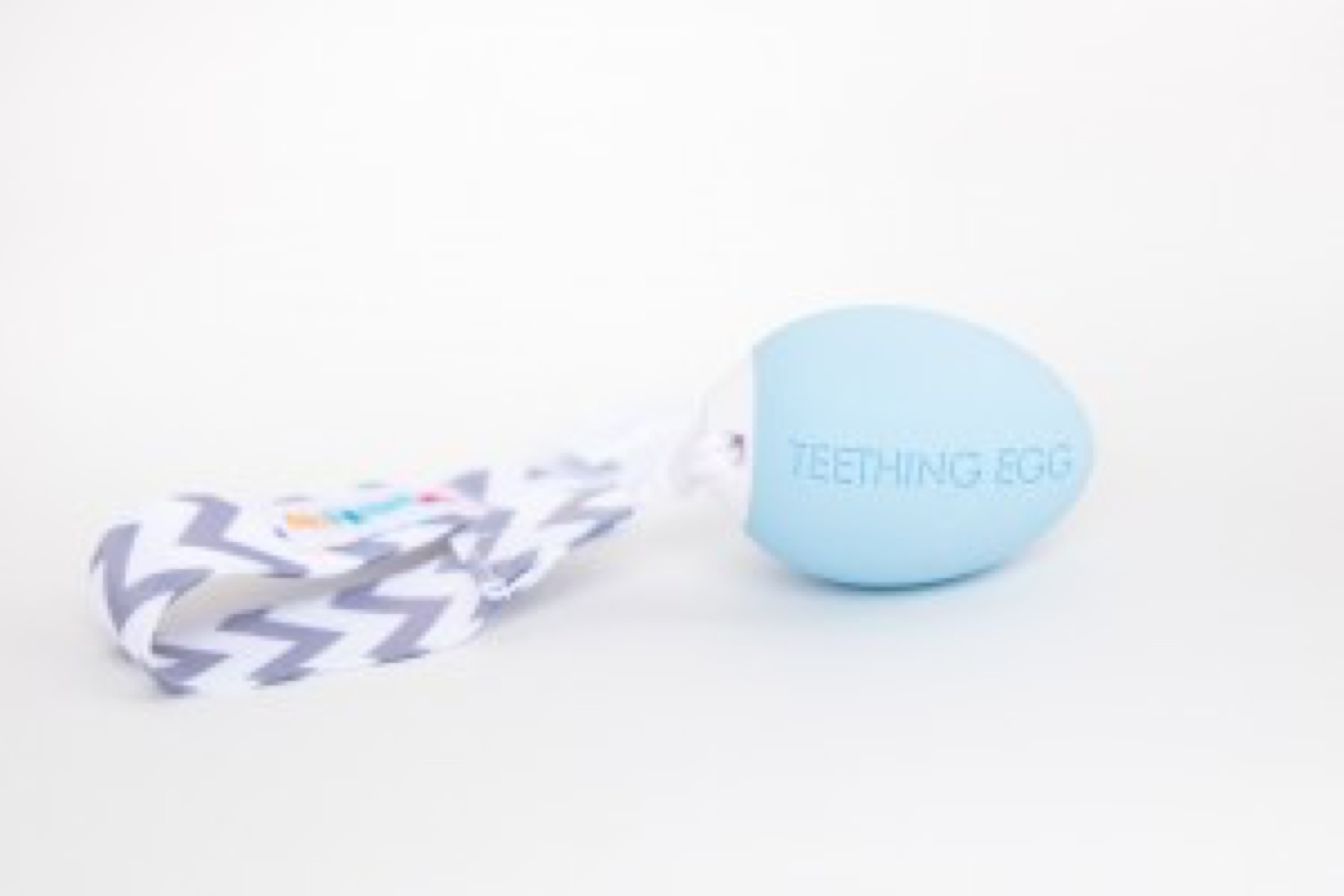 Here are six other safer substances for babies to chew on when teething... 1. Tie a wet washcloth in a knot and freeze for thirty minutes before giving it to your baby. 2. Many baby teething rings are filled with BPA (biosphenal A) which is an industrial chemical that can adversely affect your baby’s brain and development. Instead, consider Baltic amber teething necklaces and rings made with real amber. They are full of succinic acid which is a beneficial natural compound. Amber found in the Baltic region has been used in Europe for centuries as a natural antibiotic and cure for numerous ailments. 3. Another idea is a genuine sterling silver teething ring. Historically a popular gift for new babies, silver has been used as a traditional teething toy material from ancient times. Its coolness and antiseptic qualities have proven to be very effective in relieving the teething pain and discomfort in young children. 4. Another common remedy for the pain of teething is clove oil with its warming, numbing properties. Just rub the tiniest amount on sore gums to relieve pain – but do be aware that too much can upset an immature stomach. 5. A further home remedy is to let your baby chew on a natural licorice stick (that is the herb, not to be confused with candy). Available in health food stores, real licorice feels cool and also numbs the gums when your baby chews on it. But of course licorice might not be to every baby's taste! 6. Pure vanilla extract when rubbed on your baby’s gums can be soothing in three ways: (a) to ease the pain by creating opposite pressure; (b) to create a warm sensation (from the alcohol in the extract) that is temporarily comforting; and (c) the calming properties of vanilla itself – reducing anxiety, promoting well being and even soothing the tummy.