The Importance of Iodine & How Bromine Can Decrease Your Levels 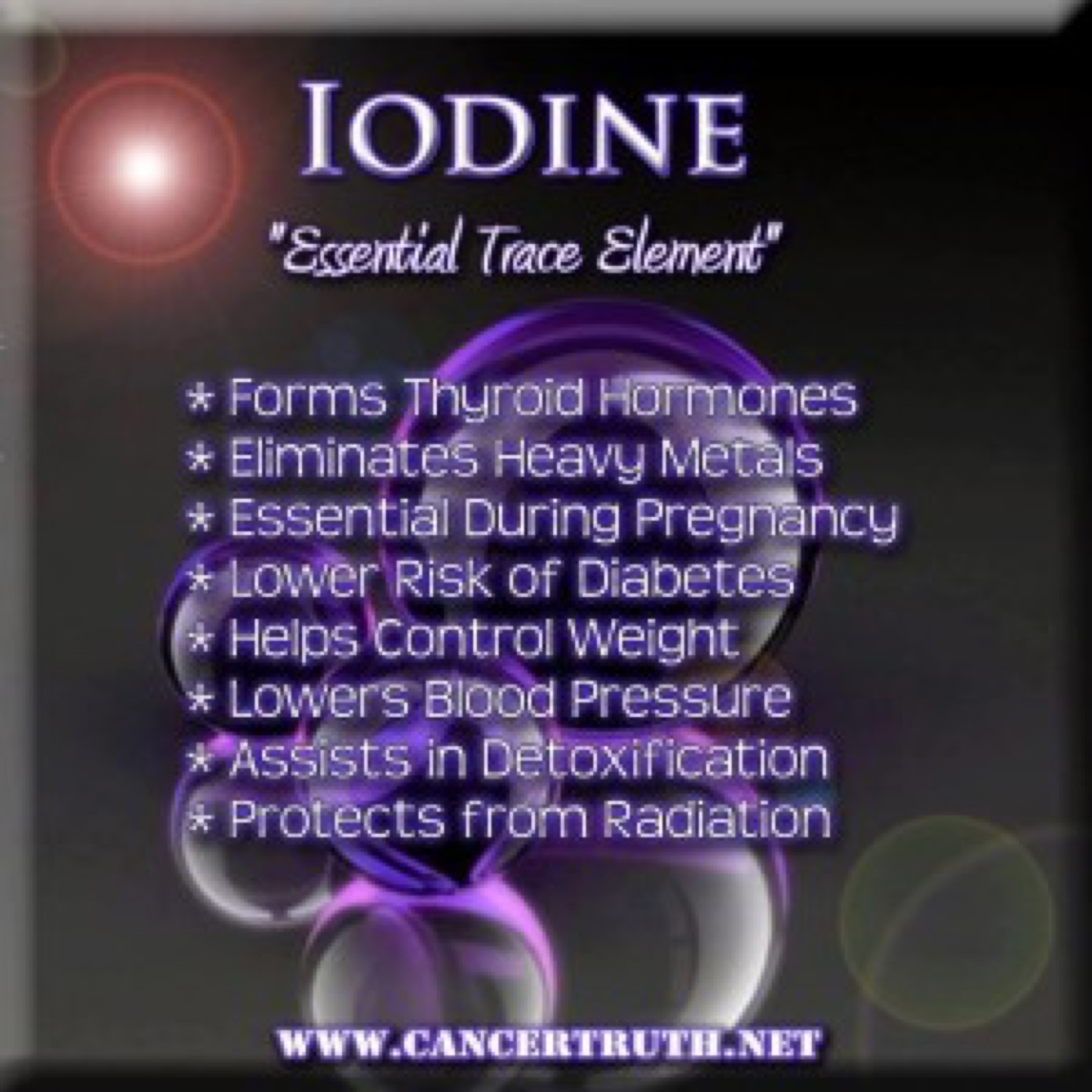 Iodine deficiency is something we might not think about but it can be an important factor in your health in the same way as is a vitamin D deficiency. Iodine is essential for your body, and is detected in every organ and tissue BUT there is increasing evidence that low iodine is related to numerous diseases, including cancer of the breast, thyroid gland, ovary and prostate - cancers that are more prevalent than ever.

But you don't need a lot of iodine – apparently as little as one teaspoon over your lifetime.

So what is Iodine?

A chemical element found abundantly in seawater and in some minerals in the earth, iodine is a trace element essential for proper human nutrition.

The properties of iodine are also antibiotic, antiviral and antifungal. In the early decades of the 20th century, iodine deficiency was common in parts of the USA and in most of Canada - leading to many cases of the condition known as goiter.

It was then that the government issued iodized salt, alleviating the problem of goiter and iodine deficiency for a while. But with more people eating healthier salts, the continued depletion of the minerals in our soil and the growth of bromines, fluoride and chlorine, iodine deficiency is becoming a growing problem worldwide once more.

Apart from being necessary for your thyroid gland to make thyroid hormones called thyroxine and triiodothyronine (or T3 and T4), iodine is also needed for your immune system, to reduce the risk of cancer and for counteracting radiation exposure.

Iodine is important during pregnancy too

Iodine provides a building block for the body's manufacture of thyroid hormone.

During the early days of pregnancy, when a fetus is unable to produce thyroid hormone, the mother produces "thyroid hormone for two" but if she does not have enough iodine in her system, the health of her infant (and her own health) may suffer. Lack of this nutrient can hinder normal development in a baby, even lowering IQ levels.

It is often recommended that women (who are pregnant, breastfeeding or considering pregnancy) take an iodine supplement of 150mg each day (with the approval of their doctor) to make sure their needs are met.

In the past, when there was an iron deficiency in the general population, iodine was added to commercial bread and iodized salt was introduced. However, more recently the iodine in bread and other baked goods has been replaced with bromine.

Why should bromine be a problem?

Bromines are common endocrine disruptors, and are part of the halide family, a group of elements that includes fluorine, chlorine and iodine. Bromine is a problem because it has the opposite effect to iodine – actually blocking the absorption of any iodine that people might be getting in the first place. Fluoride and chlorine have the same dangerous effect. We are already exposed to far too much of these dangerous members of the halide family. For example in addition to bakery goods and some flours, bromine can be found in:

You can find out more about bromine here.

The symptoms of iodine deficiency

Iodine is used by every hormone receptor in the body so the absence of iodine in your diet can cause a hormonal dysfunction that can be seen with practically every hormone, making it easy to understand why many doctors think iodine is the missing link to a host of health problems. The list of symptoms is long but you can find out more here. You may well want to look into getting more iodine in your diet. 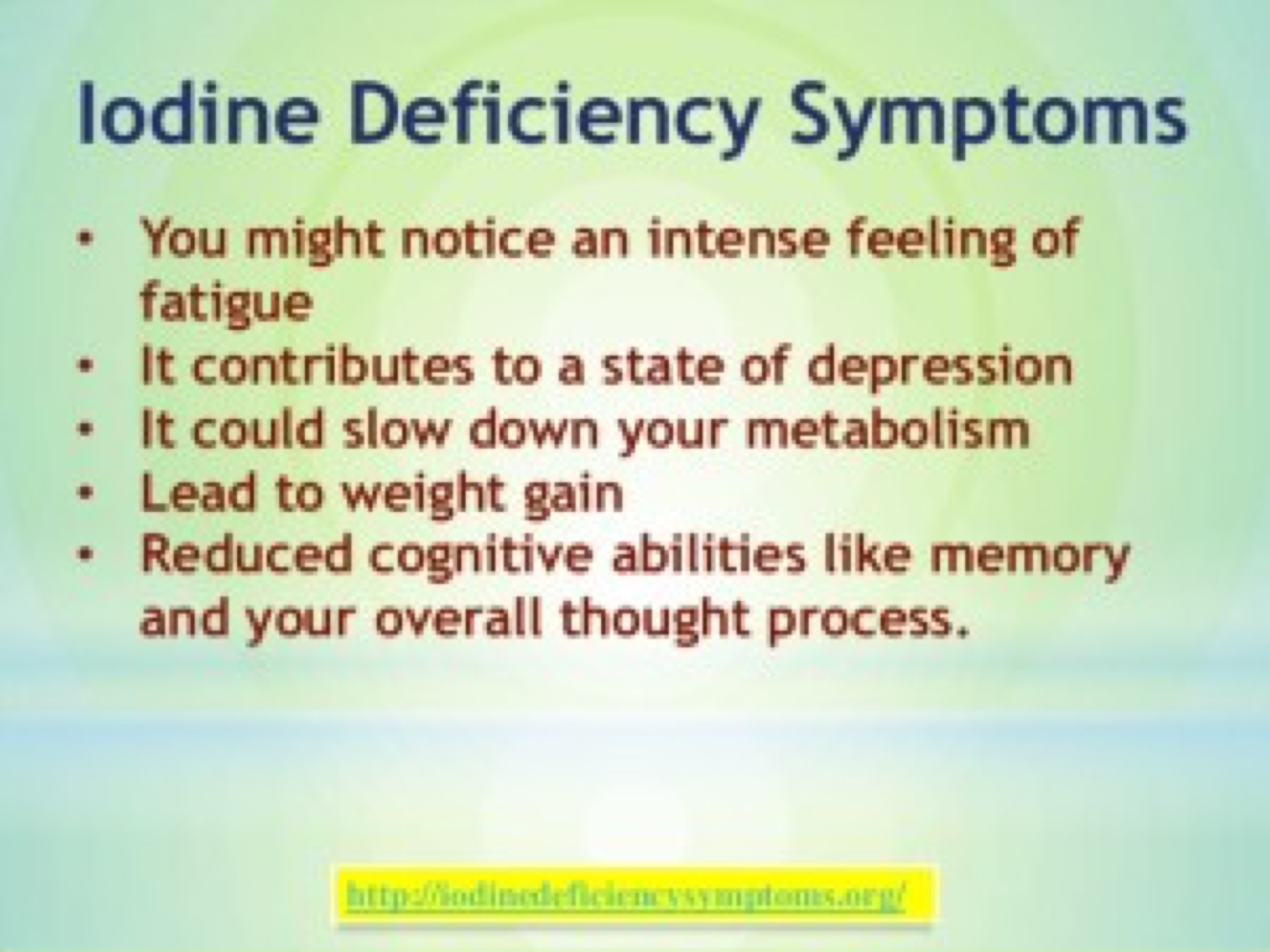 How can we increase iodine in our diets?

Iodine is found in plant and animal sources of food that are also rich in protein but the amount depends on the quality of the soil where the plants were grown, how much iodine was in the animals' feed or even the region they came from. The only foods that are truly rich in iodine are those from the sea with the highest content coming from sea kelp or seaweed. Other seafood such as cod fish or haddock are also rich in iodine.

It is called the iodine patch test. Get hold of a small bottle of iodine tincture (often found in your medicine cabinet to use for cuts and scrapes). Use the iodine tincture to paint a 2 x 2 inch square on a discreet spot on your skin such as the inside of your arm or your thigh.

If the red/orange stain disappears within 24 hours you may be deficient in iodine. In fact the faster it disappears the more deficient you are. While not 100% accurate, this test will give you a good idea as to whether you should look into getting more iodine in your diet. 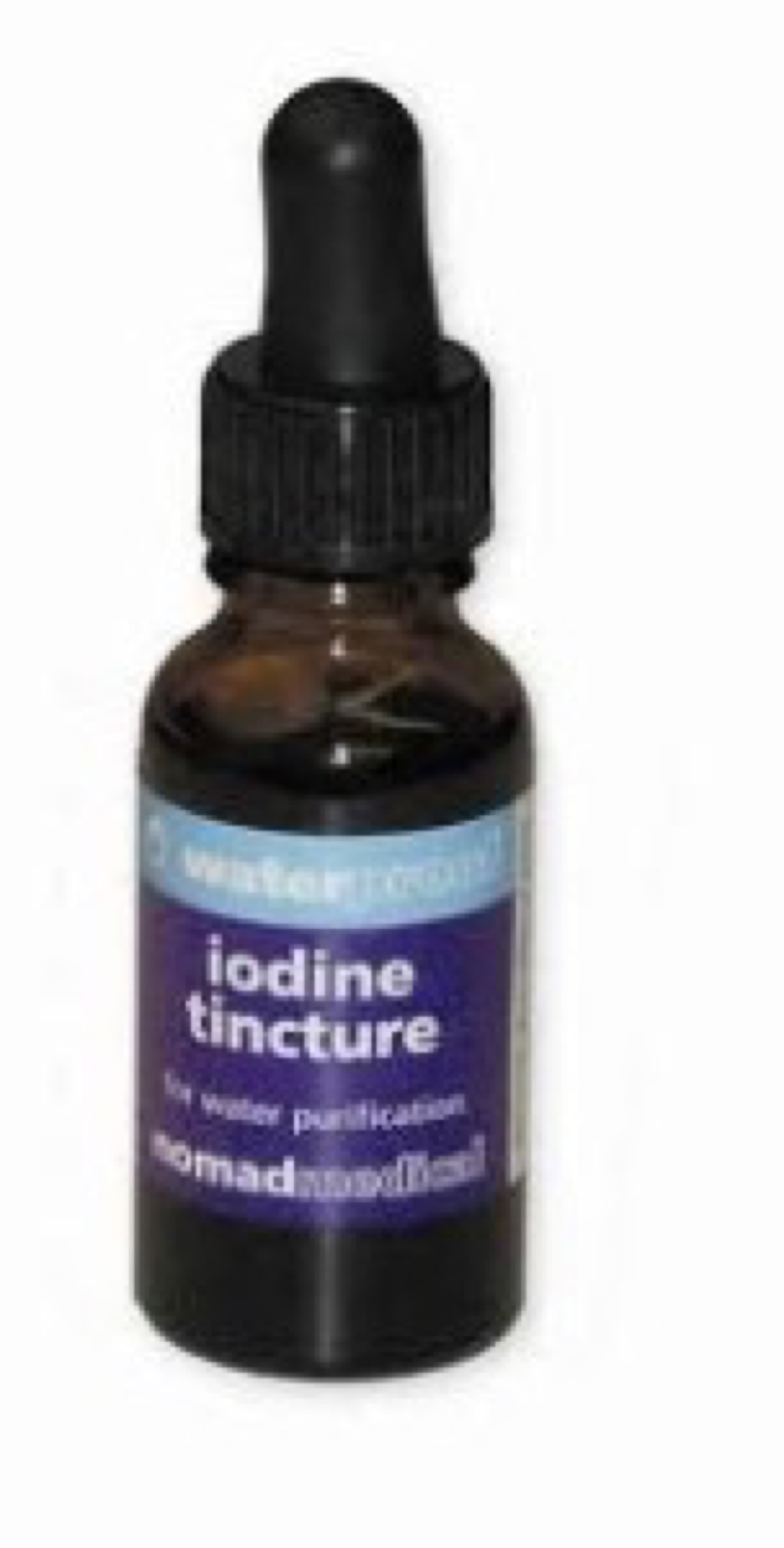 One word of WARNING

This is that a small number of people are allergic to iodine - in which case, do not try this test. Those with kidney disease or TB should also avoid iodine. Interestingly, some people go on to use the iodine painting as a source of iodine by simply painting a small patch of skin daily until the stain stays in place for 24 hours.

If you are not getting enough iodine in your diet (and most Americans are not) your thyroid gland will not have the raw materials to make enough thyroid hormone and your health could suffer.