Skin Creams with Paraffin can have Hidden Dangers

A recent media report has reported that those commercial skin creams containing paraffin - and used to treat skin conditions such as eczema and psoriasis - have been linked to fire-related deaths.

How could this happen?

Both the Medicines & Healthcare Products Regulatory Agency (or MHRA) and the London Fire Brigade have been issuing warnings over several years, saying that a paraffin residue from such products can soak into pyjamas and bedding - making it flammable. The fire risks increase if the clothing and bed linen are not frequently washed or if they are washed at lower temperatures. Paraffin is invisible and can accumulate over time. The MHRA has asked that manufacturers add a warning to any of their affected products that "they contain paraffin".

Vicks VapoRub is one such product with a paraffin ingredient (namely turpentine oil) and has been around for over one hundred years. Apart from the Vicks leaving its paraffin residue, because it is well known for rubbing on the chest at bedtime to relieve coughs and congestion during the night, its ingredients also cause concern for other reasons and should never be used on the nostril openings or on young children. We have shared a recipe for a natural alternative that can be made at home.

Natural and safe treatment for eczema

The term eczema refers to a number of different skin conditions of which the most common is atopic dermatitis in which the skin is red and irritated and sometimes results in small, fluid-filled bumps that become moist and ooze. The word “atopic” describes conditions that occur when someone is extra sensitive to allergens in their daily life. Atopic is also the word used to describe other allergic but connected conditions such as asthma and hay fever. The word “dermatitis” means that the skin is inflamed or red and sore. Eczema is a chronic skin condition but as children grow older, the typical eczema rash is usually less oozy but more scaly while the skin can be extremely itchy and dry. Unfortunately, these symptoms appear with periodic flare ups – whatever the age. Although eczema can be severe in childhood (but with dramatic improvements in the teen years), many people with eczema can experience periodic outbreaks throughout their lives, often because of dry skin or exposure to allergens. Even if flare-ups disappear, most former eczema sufferers remain prone to dry skin. It often appears in the creases of body joints, such as the backs of the knees or inside the elbows while in dark skin tones, the eczema can affect the front of the knees and elbows. Even when children ‘out grow’ eczema, they can continue to have ‘sensitive’ skin as adults. Adult onset eczema can often be more difficult to treat and may be caused by other factors such as medications. Our own H-Eczema Formula is a natural and safe treatment for eczema.

Natural and safe treatment for psoriasis

If you have psoriasis, your immune system mistakenly attacks healthy skin cells, as if it were fighting an infection. Your body responds by making new skin cells every few days instead of the usual four weeks. Those new skin cells build up on your body’s surface and form a rash. While many people with a mild form of psoriasis will be able to manage their lives without too much discomfort and inconvenience, problems can arise: There are many different forms of psoriasis but the most common are plaque and guttate. The condition can affect any part of the body but the most common areas are the elbows, knees, torso and scalp. Our own H-Psoriasis Formula is a natural and safe treatment for psoriasis.

Skin creams containing paraffin are not only a fire hazard

We are told that if we ingest liquid paraffin or inhale paraffin candle fumes, we may have adverse reactions including nausea, vomiting, headaches or even benzene pollution. But our skin is our largest organ - and a quick route to the blood stream - so the side effects can be felt through the skin too. While soft paraffin (and available in many products over-the-counter) is often recommended as an emolient suitable for treating psoriasis. Unfortunately, it is neither natural nor safe. 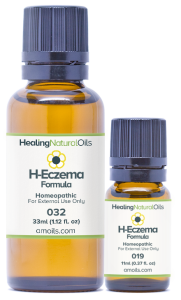